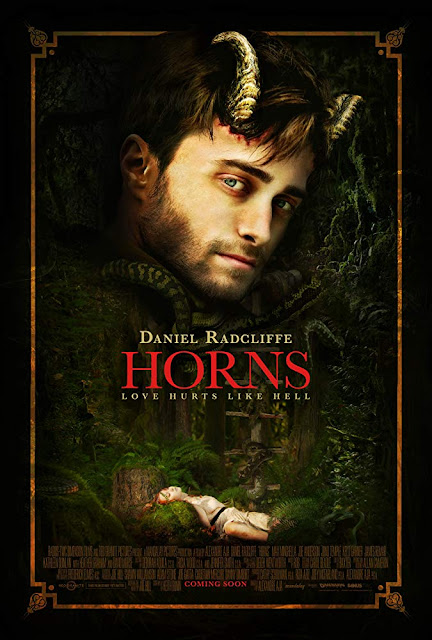 "In the aftermath of his girlfriend's mysterious death, a young man awakens to find strange horns sprouting from his forehead." (imdb) 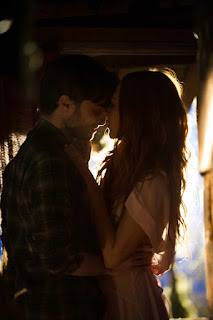 I could have given a summary myself, but I would rather not. This is one of those movie reviews where I do not review anything at all, but think of it as more of a recommendation. I watched this movie after my sister told me to, and had she not watched it with me, I might have never seen it. I have a terrible phobia of reptiles, so this was hard, but she said that it is good enough for me to overcome my issues - which I did not! I just closed my eyes through those scenes. The Biblical references were not lost on me, and for once I was not mad about the use of this reptile as a weapon and a tool in story telling, because it would not have worked without it. Of course, the world is not responsible for my phobias, so I will have to go around it.
That having been said, my sister was right in making me watch this movie because it is simply wonderful. The main reason why you should watch it is to see not just one of the most passionate displays of love ever to be recorded on film (in my humble opinion), but for Daniel Radcliffe. If anyone doubts the acting skills of this man simply because they did not like all of the Harry Potter adaptation, then this movie will set them straight. He is both a villain and a hero, he has this strong American accent that puts others to shame, he has chemistry with every single person that he shares the screen with, either actress or actor, and you cannot help but stare in awe at the talent of this young man.

Watch it? Oh my god yes. This movie fell completely under the radar, in my opinion, and the rating on imdb does not do it any justice. If not for my phobias I would have already read the book that it was adapted from, written by Joe Hill (son of Stephen King, one of my favorite people in the world). I know that it was the books' success that brought about the movie, and I cannot give commentary on the adaptation angle, but from just a movie perspective it was almost a 10/10. Well... you know... the snakes...