What's Next On My List? (Games) Star Wars: Episode III – Revenge of the Sith

I have been cleaning back and forth and I decided to take out my old PS2 and play something, especially now that I am otherwise enjoying the Star Wars universe, as the seventh season of Clone Wars is playing on Disney+. I do believe that the cartoons and the shows by Dave Filoni have been outstanding. 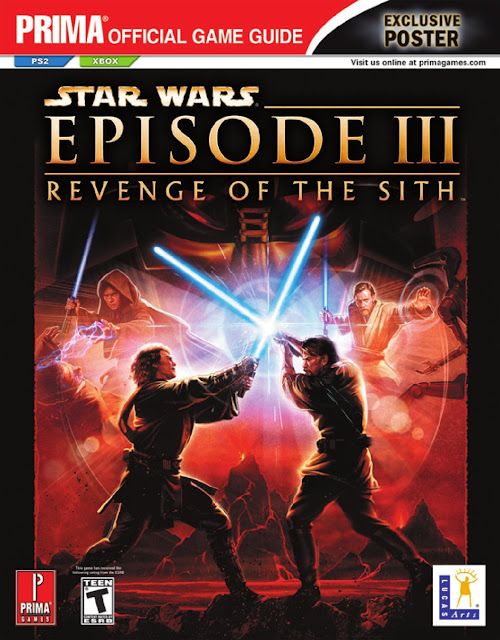 The story: This is the official game of Episode III and it follows Anakin Skywalker's ascension to the Sith. The story starts with him and Obi-Wan Kenobi rescuing Chancellor Palpatine from Count Dooku, Anakin killing Master Windu and joining the dark-side, and ends with you as Obi-Wan stopping Anakin on Mustafar. You can replay the last stage with Anakin trying to defeat Obi-Wan, and I do believe that is the most fun part of the game, and I'll tell you why in a minute.

Game play: I loved this game, it was a gift for my birthday back in 2005 and I played through it in a week. Back then I did not realize you could upgrade your characters... so I did what some would call "hard mode", but it did not stop me from loving every second of the game. That said, this game gave me exactly what I missed from the movie: background. Anakin's turn to the dark-side was just a montage scene, while here, you take over the Jedi temple, kill other Jedi; and you can kill the members of the Trade Federation who were working for Darth Sidious on Mustafar. I loved that the game cut out everything, except what is important in the story for Obi and Anakin. Really, I got more of what I would have liked in the movie, and I was in charge of it and I think this is a great example of a game adding and improving the source material it comes from. It is only 16+1 stages, you can finish the game in a day, however, there is a lot of hidden stuff, so you'll want to play again, it does have four extra bonus stages where you get to try out different characters, and also a versus game, and if you have unlocked every character, you not only get the ones from Episode III but also old Ben Kenobi and Darth Vader. I just love every element of this game, it is a rare and small gem among wonderful Star Wars games, but it is in the top five for me.
Mini-Bosses: In this game all the bosses are equally hard, at least, they were for me. First Count Dooku, Grievious, Mace Windu and then Anakin/Obi-Wan combo. I have died so many times during the game, I do not believe I have cursed so much, but last week was very hard. And still, so happy to have a working PS2. The bosses have to be killed in multiple waves and if you die, you have to restart. Thankfully, cut scenes can be jumped over, which is a little but very necessary tool! You can be reminded of your failures only so many times before you smash the controller into the TV... If I can give you a hint, spend all of your gained points on "Force Heal", because you will need it a lot. And well, the game can jam here and there, and that was the only way I could beat it, because it gave me the chance to heal and not die on the hardest stages.
The Boss fight: As I mentioned the fact that you can play the battle on Mustafar as both Obi-Wan and Anakin is the single greatest part of the game. I love that both characters took up the same time in the game. Indeed, being either a Jedi or a Sith is secondary, what we love is these two characters and their story. And if you have a preference, you get the chance to use that one to defeat the other. 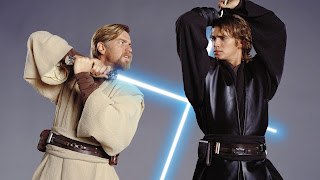 What didn't work? Well, the only thing that I can think of is the soundbites. Some of the things that Obi-Wan and Anakin repeated over and over again without really leaving any second for me to enjoy the music. And well, Star Wars has the best music. That said, they chose great voice actors, as the game used the actual movie clips between the scenes and even if I could have gone with less of the voice clips, it was still perfectly in sync with the story. I can say, that for the life of me cannot think of anything else that did not work.

What worked? Everything. As I stated, this is a small but very entertaining game. It has great mechanics, it isn't easy, but there is an incredible sense of joy when you do complete stages. It really does transport you into the movie, and I care for the prequel trilogy, it is the one I grew up on and I was happy to have had the chance to play this game.

Even after all these years it holds up and I really wish to recommend it to anyone who can get their hands on a copy. There are a few out there, mostly used, and for multiple platforms. I can only speak for the PS2 version, but that is great. The few bugs are actually there to help you!