I decided to remain on the track of old movies that had an impact on my life. The next one was the first biopic that made me interested in reading up on the life of major celebrities and their impact on 20th century popular culture. 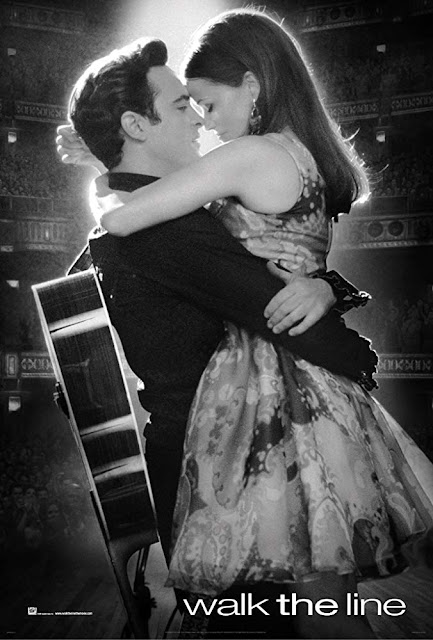 The life of Johnny Cash, from when he lost his brother in his childhood, to his comeback tour when he and June Carter decided to get married. His life was a roller coaster, and just like every big rock star out there, it involved a lot more than a couple of cans of beer after a tour across America. Divorce, betrayal, drugs, but something stronger over comes it: music. This biopic might be about the romantic side of Cash and Carter's relationship, but that is what most of us wanted to see. 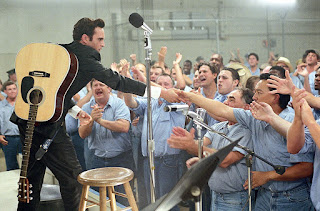 I do not know what attracted me to this movie so much, but I know that I had to see it. It was one of the first movies that wasn't just playing in the background on TV, nor did I wanna see it because of an actor I liked. I was amazed, but the arch of the story, the frame of it was very well thought out. Not only was his life amazing, a real rock star, country star, every single star you can think of, but it was at a time when music was thriving in America and it is a chapter everyone is interested in. I find that this movie is exceptionally well made because of the pacing: what needs to be detailed was, and the montage scenes conveyed still enough emotions that they did not feel as fillers to make the movie two hours long. When you think about it, there are moments in our lives that pass by without us noticing, and the way this movie told the story felt similar to how we perceive real life. 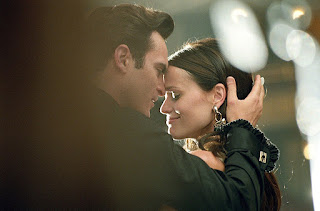 Moving on from that, the casting was so wonderful, I don't want to be mean, but I think this was the best work I have seen from both actors. And I ended up liking their covers of these songs far more than the originals (but don't tell that to anyone). I can always be persuaded to watch this movie, and I catch myself singing Cash tunes at least once a week or so. Even now, I put it on in the background, to listen to the songs and the dialogue in my favorite scenes. What I also like, which to me is the indicator of a good biopic, that I want to know more: I am not assuming that is all that there is to see. I want to read up on these people, listen to their songs, look at the lyrics, the tour dates, see how they discovered and conquered all the hearts in America.

Watch it? Please do. I don't think you understand how great it is. This is one of those few movies where I agree with every single Oscar nomination, because I don't think they did the movie to get all those awards. You can tell when a movie is simply designed to thrive in the award season. I like underdogs. I find that most actors get Oscars when they nail the interpretation of an existing person, and here every nomination was well deserved.