As you all may know, I love cartoons, and there are times during the year when all I do is look for things that came out finally on blue-ray. Among these I got the chance to finally see this adorable little thing: 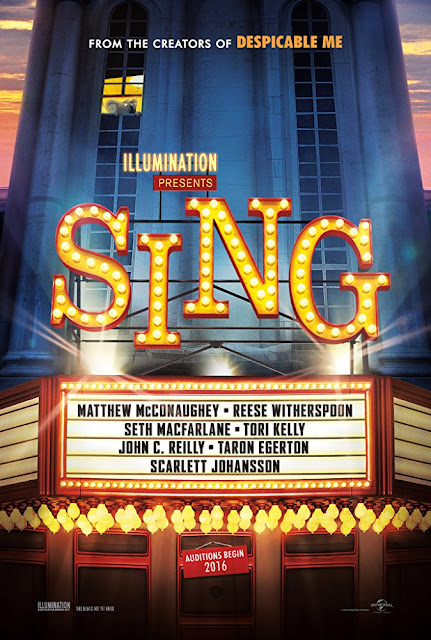 In this story the owner of a theater, Buster Moon, wishes desperately to put up a show that will save his building. A series of unfortunate events lead to the destruction of the building, but all the participants still wish to perform for the sake of showmanship and not for any monetary reward. 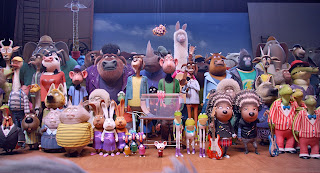 This was not what I expected at all from the trailer, but I was pleasantly surprised, I have to admit. First, I had the same thought that the protagonist's best friend: who wants to watch another singing competition? But the main character did not focus on the selection process or the idea of humiliating anyone because they are tone deaf or just want to appear on TV/stage... no, he chooses the best people and with them puts up an order, a real show, building up the artist one after the other. The people he chooses are all those who want to perform - if you look close enough you'll see that it was really just one of them, who was driven by the idea of winning the money. 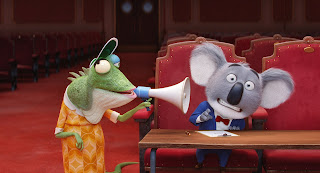 During the rehearsals we see that the others feel betrayed when they find that the promise of the money was a lie, but still stick around because performing on stage is far more important. If I look at this story as a criticism of our everyday life, I have to admit that theater is somewhat fallen behind... I for one don't go because I don't have any money for it, but I understand why ticket prices are the way they are. I personally don't watch singing competitions because I find them to be boring as sh*t, but this story made it interesting because it did approach it from a very different angle. And adding popular songs that we all know also help the audience get into it. My favorite character was Ms. Crawley, the old secretary/assistant, she was very honest but also an expert in what she does. Her ways are not perfect but besides one single mistake I cannot think of anything she did that was not on point. I just realized that she and Buster are both natives from Australia, so them working together so well comes genuinely.

Watch it? Oh, most definitely. I don't even know what I was expecting going in and I ended up laughing hysterically and crying as well... there were some heartfelt moments in this story. It was a great movie!