In a previous entry I mentioned that I am a big fan of Rebecca Hall and it all started with this movie, that I ended up watching for other actors but... I could not help falling in love with her. A couple of days ago I re-watched it and I thought I would write about it. 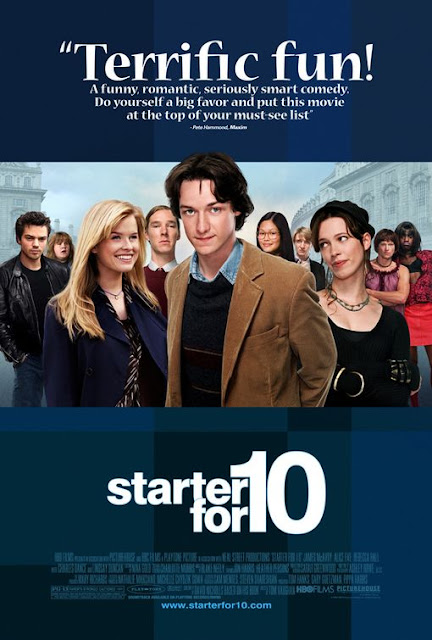 Brian has been dreaming to learn and improve himself since he can remember in order to become the best version of himself. His plans derail when he meets Alice, a dream girl who even seems to reciprocate his feelings, but something is always not right with them, and it is here that Brian realizes that he has feeling for someone else, someone, who cares for him even when he hurts her, Rebecca. It is only after having lost almost everything that he finally wakes up and admits that he has lost nothing, he just needs to keep fighting. 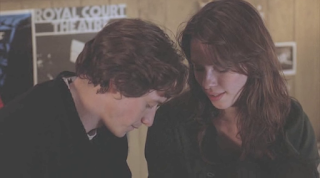 I had no idea what to expect when I watched this movie, like most people, I think I stumbled onto it while searching for one of the 300 famous British actors in it. Thinking about it, I believe that is has literally everyone who was left out of Love Actually, and that should account for everyone who is English and famous today :D Joking aside, I had no expectations going in, I remember and I liked it a lot. It is a pretty simply straightforward story, nonetheless, it has several layers that I myself only noticed upon re-watching it. At first it seems that everyone is there to help Brian along on his journey, being the protagonist he is of course the most important character, but... everybody has a story that goes from A to B, even those characters who are completely in the background. And those who don't advance?  Well, that's the lesson there. Some people are just not meant to learn. 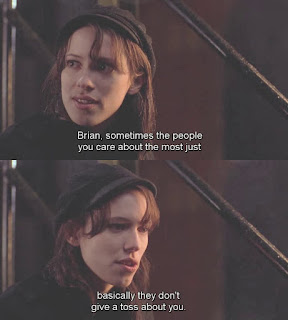 I know that this movie too is based on a book, which I have not read yet, but I plan to in order to see what this story looks like written down. The reason for that is that I completely fell in love with Rebecca's character. Needless to say that it was the point of the story to portray her as the one that us audience should want to pick over the pretty blondish girl. But that is not it. I have met a version of this girl in real life, I have even been her in some instances, and all together I have fallen in love with this girl before. She was the one you don't want to say got away. What I like about her is being completely aware that Brian is an idiot and still caring for him and loving him. She shows up, she helps, she is present and forgiving even when it seems like she should not. Of course she is the logical choice, but the logical one still does not get picked all the time in reality, do they? Brian learned the lesson, as every hero does in their own little tale, but me? I would have picked Rebecca over Alice from the beginning.


"The people who really care about you don't mind if you make mistakes. It's what you do next that matters."

What more is there to say? Having so many actors in it, you won't be surprised to know that most of them have already appeared in the Marvel Cinematic Universe, and outside from that Benedict Cumberbatch has worked together again with almost all of them: with James McAvoy in Atonement, with Mark Gatiss in Sherlock, with Alice Eve in Star Trek: Into Darkness and finally he portrayed the husband of Rebecca Hall in the mini-series Parade's End.

Watch it? Well, yes. I don't know what it is, but it just works. The soundtrack, like in most movies I have seen lately, is simply fabulous. This is a story you have probably seen a hundred times, but to me there was an emphasis put on the fact that it wasn't a forced best friend in love with this idiot that you were waiting for him to finally notice... she was never in the shadow and never forgotten, it just took him time to see who is the one who wants him for him. Might just be a romantic comedy for most, but I have found myself wanting more, something that rarely any happy Hollywood ending achieves.