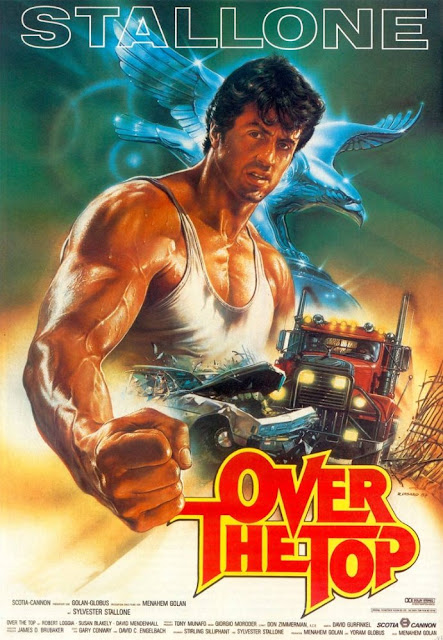 This is the story of Lincoln Hawk and his estranged son Michael bonding over a long trip back home. Lincoln left them to pursue his own dreams, but never turned his back on his family, however, Michael was deceived to think so by his grandfather. Lincoln enters an arm-wrestling contest in order to win a new truck, as his life is on the road. Having lost his wife and son he believes that the best way to move on is to leave, but Michael goes after him and tells him that he wants to stay with him. 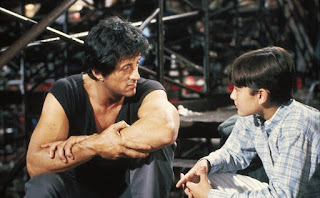 This is a sweet story, but nothing you haven't seen before. Michael's grandfather hates Lincoln because he deems him inferior to them all. The biggest problem of the grandfather is not listening, and being at the same time convinced that he knows everything. In one seen he sits on the hospital bed of his daughter and tells him that he is not mad, he is "Disappointed"... That was the moment I decided that I will hate him no matter what. It is one thing to say it... this is parenting 101, everybody does this, and it is the worst possible thing. But, on top of that, he did it while she was lying sick on a hospital bed!!! What is wrong with this guy?! His daughter dies with this being the last thing she hears... I was very happy to see the grandfather lose because he claims to have been the one to raise Michael, but really, he sent him to military school to another state and then keeps sending his men to fetch him... In the end it seems that he just wants to win because he cannot handle losing.

It is this ultimately that allows for Lincoln to beat him. The one that keeps Michael's needs and heart above everything else is him, and not the grandfather. What I liked about this movie was the Lincoln was incredibly humble. He never put himself above others, but at the same time below them either. He is actually a far better role model than the grandfather, as he fought to get everything he has in his life. When he was beaten and on the ground he got up and kept on fighting. This movie is okay, nothing special, pretty straight forward, but there was one thing that was quite off-putting. In the end during the competition the fighters are shown in first person talking to the camera as to why they want to win... nothing like that was done during the movie and even these are not really done differently, same camera, same angles... it was just a strange method that ended in them accomplishing a weird break of the fourth wall.
That said, this movie probably has the best soundtrack of the 80's with Frank Stallone, Asia and Eddie Money, just to mention some. I have been listening to it on repeat for I don't know how long!

That said, watch it? Sure. It is a nice movie, but you have probably seen this story other times. Stallone is very cute and he is a good dad, in my opinion, at least compared to the grandfather... not to mention that he puts his sons best interests before his own, which I think is a great quality. Acting wise he was a very passive character, I can't really decide if I was happy with it or not.