FRESH FROM THE THEATER: Thor - Ragnarok

My best friend and I went to see what is quite possibly one of the best movies ever made by Marvel. And I have been sitting on this review for hours thinking about it and to see if I was blinded by the wonder of cinema or if truly, as I felt while watching it, this was an extraordinary and unique piece of perfection. I will tell you why in a  minute, but I'm going with the second. [WARNING! Spoilers ahead!] 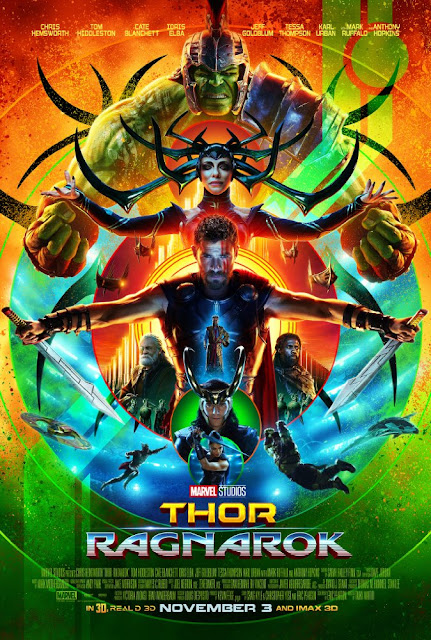 After refusing to take the throne, Thor travels the world on a journey of self-discovery. He, however, encounters someone who warns him of the dangers that are before the doors of Asgard, so he returns home only to find chaos in the absence of his father. He and Loki get together to prevent the destruction of their home, but for that to work they need to have a small team, and even that is not enough to stop Hela, the Goddess of death.

Well, the trailer lied to you, let's start there. And boy... am I glad it did! I am so tired of 2 minute trailers that go and ruin whole movies. I have been watching less and less as the years pass because I don't want it to ruin anything for me. I could not contain myself when it came to this movie, but I am 100% fine with being deceived for the purpose of leaving a better viewing experience. 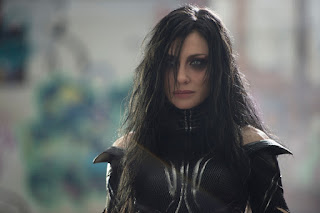 I want to talk about everyone, but instead of going by cast order, I'm going to start with our villain, Hela. She is my favorite Marvel villain. Now, I think you'll agree that these movies are not so much about the villains anymore. Think of Civil War (which I am yet to review, thank you me for reminding me), there was someone pulling the strings but is that what you remember from that movie or the fight between Iron Man and Captain America? I thought so. That means that people obsessing over Iron Man 3 not having a good villain need to learn that their purpose is not to be either good or bad, but to elevate your main character and it very much did in that movie, just as much as it did here. Hela comes in and points out something I have been saying for quite sometime: Odin is a shitty dad. Seriously, 90% of Thor's problems are caused by this guying lying left and right! Thor's love for his father is although admirable, it is also childish because he cannot see his many faults. He somewhat does in this movie, thankfully, but it took for Hela to return for that to happen. She was the funniest and at the same time scariest villain in my opinion. The latter because I was asking myself, how are you going to defeat her? And that doesn't happen often, does it? You know that the good guys always win, but I was honestly scared for them more than once. To this they added a comedic side to her and I was just gasping for air from laughter. She was beautiful and charming and simply aesthetically so pleasing that she put a lot of other villains to shame. I can just imagine the two Australians enjoying filming every single day! 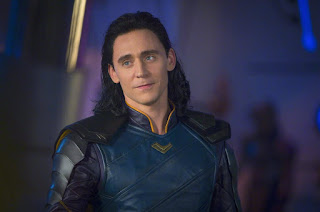 Speaking of villains, you have the return of the ever so charming Loki, who mostly played himself. Do I mind? Know, because the movie was aware of it through and through, so much that it even commented on it. I did not understand where his awesome green clothes went, but that was the least of my worries. When it comes to Loki the story almost always repeats itself, what changes is Thor's approach to it. The writers love to play with this love-and-hate relationship that the fans have with him. What I need is to not feel his inclusion forced, I don't want fan service, if you have no story for him, DON'T include him. But it was well written and well thought out, so I was very happy. I am curious to see what is going to happen in the next movies! 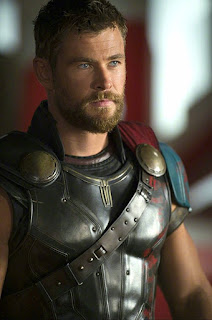 Although there is a lot that can be said about the side characters, I don't want to go into that particularly. You see, I have just no clue where we are going with Bruce Banner, and that bothers me a great deal because he is my favorite character of all time. I can easily blame the studios for not giving him a solo movie, because this way there is a lot that is left unsaid and for me it is becoming a problem. His inclusion here, despite all that, was simply great and needed. I missed him a lot.
Let me know move onto the hero of this movie, Thor, who I believe has come a great deal since we last saw him. There is always a fear that some of these movies will try and repeat the gimmick of one of their stories and you have to be careful. Thankfully this was not the case. So much so that perhaps this third movie was the best one so far, and I don't think you can say that about any franchise. Thor's optimism makes you grab a hammer and go and fix the world yourself. Turning over to the moral message of the story, I love that whilst the Avengers on Earth are arguing about what is wrong and what is right, you have this one guy who knows exactly what is right and he goes for it. He says that he runs towards his problems, because that is what heroes do, and my god, did I want to high-five him in that moment! You see? This is why he wasn't part of Civil War, he would've solved that shit in less than 5 minutes!
And really... Any movie that has Jeff Goldblum in it is a win for me!

Watch it? Forget everything you thought you knew. You will get Sherlock jokes, finally quality Thor and Loki interactions, with the best villain available in the whole Marvel universe (yes, I said it!), side characters who, I am not kidding, have more of a character development in one movie than any hero did in the whole entire DC universe! [That's right, f*ck you DC!]. GO SEE IT!!!