You might argue with me if you have seen this movie, but you also know why I chose it. For those who have not seen it yet, don't worry, I won't spoil the twist at the end, but I want to get you interested! 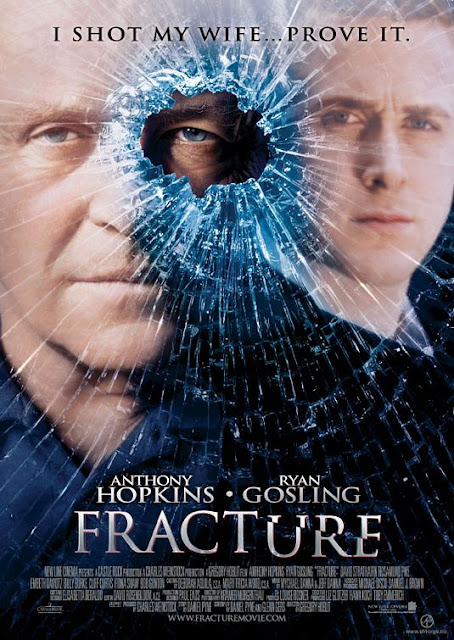 A young lawyer, Willy Beachum, gets an impossible case where he has to convict someone who admits to having committed a murder, but refuses any defense. Every evidence on paper points to Ted Crawford, but the lawyer misses the key material evidence to convict him. Ted plays with Willy just long enough to make him so mad, that he will not let go. 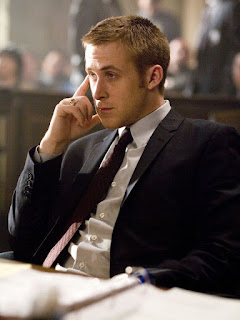 I saw this movie twice in the theater. I was incredibly moved by the performances and I find that the American legal system on its own is very fascinating. First of all, it was this movie that made me fall in love with Ryan Gosling. He was amazing in it. He plays a good lawyer, but a bit too young to tackle certain cases. While on his rise to the top he realizes that after some cases he wishes to see justice even if it means that he might not get a big paycheck with it. Ted manages to get under his skin, but he miscalculates, as he drives Willy to pursue the case and to not give up. Ted is a worthy opponent, but he deems Willy to be too young and too inexperienced, and truly, no matter who he would've gotten in court as an opponent, his plan to defeat arrest was bulletproof. That is the perfect crime in the story. Ted manages to get the life of two people he has chosen to defeat and although Willy can't prove it, he knows that he did it. Ted gets in over his head and forgets caution. It is human nature to fight back, when you think about it. Humiliation too is reason for fighting: Ted felt humiliated by his wife's behavior. Willy on the other hand could only accept defeat if he had truly done everything he could to ensure justice is served. As I said, the plan is perfect, however, the human factor causes his downfall.

Watch it? Oh yes. It is a brilliant movie. Each time I watch it I discover something new. I genuinely enjoy court cases, there is something about the American system that makes me want to learn as much as I can about law. This movie was no exception. And well, the casting was quite wonderful too.