Before going to this review I would like to admit that I brought this list of perfect crime movies ahead to summer for a specific reason: to be able to write something that will stay with me, or online, forever. In that sense it is an homage to a lot of fantastic people out there, screen writers, actors, directors... really anyone behind and in front of the camera. Just a few weeks ago the lovely Glenne Headly passed away and I came to know about her through this movie. I wanted to make sure I have this movie among all the ones I have written about so far because some movies deserve to be talked about as often as possible. Again, won't spoil anything! 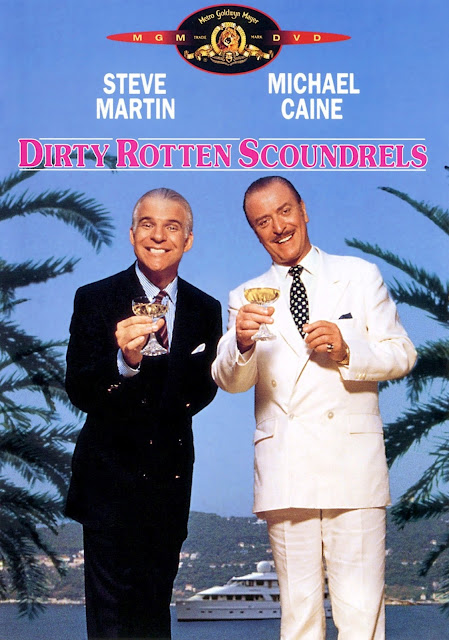 Two con-men decide to have a bet in order to decide who gets the playing field in a little city upon the sea in France. They decide to set the bet at $50,000, an amount they have to get from an heiress who traveled there during the summer. Although Freddy, the younger of the two, has learned plenty from Lawrence, the men he made the bet with, he still resorts to his previous knowledge to get the girl's money.

I grew up on this movie, and because of it, I have standards when it comes to movies about con-men. These two were extraordinary and I have rewatched it I dunno how many times over the years. First of all, Michael Caine doesn't often do roles like this, yet he is amazing. Ultimately he is the bad guy, when you think about it, but in the 'you still want him to win' way. Our other conman is Steve Martin, who unfortunately went back to his old ways in trying to defeat Lawrence, although the latter had taught him a lot. I keep wondering who would have won had Freddy used the new skills he acquired. But in the end the con was something different all together. 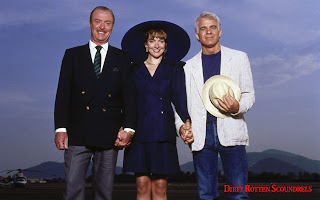 This movie was turned into a musical a couple of years ago and I have listened to it often thanks to my sister. It kept the humor and the essence of the movie. The casting is simply wonderful and with each minute passing you get more and more interested and curious. What is going to happen? How can this unravel? Who will win? And you never see it coming and each time it is the most fun you'll have ever. Not to mention that there is an extra twist at the end that just makes you genuinely smile. If you have not seen it yet, make sure you get around to it because it is a timeless tale.

Watch it? Obviously. And check out the musical too if you can because the original cast recording is brilliant. Funny, witty, unpredictable, original and well done. A great cast with a great story. You really should watch it as soon as you can!