FRESH FROM THE THEATER: Wonder Woman

I finally managed to get around to seeing this movie. I decided to never invest in a DC movie again after all that had happened, but I heard enough good things that I decided that women superheroes is something I do want more of in the future. One thing is for certain: no producer in movie history can use the sentence "People don't care about female superheroes" ever again as an excuse! 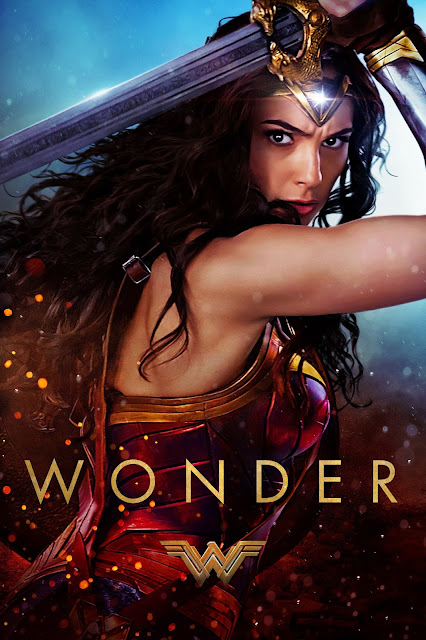 An Amazon, Diana travels to the world of men seeking the God of war Ares, as she thinks him responsible for the Great War. She helps a group of spies penetrate the German forces in order to stop a biological attack that would tilt the war in the favor of the Germans, or, help them win it all together. However, once faced with the real enemy Diana discovers some things about herself as well, not just the true nature of men. 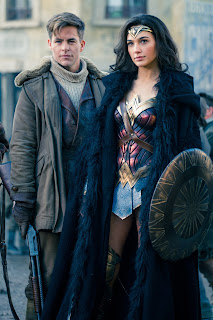 Before going in I'd like to say that I have been a major fan of Gal Gadot for years now, and upon hearing she was cast I was over the moon! Now, some people weren't the same way and I really hope this teaches them once and for all to think before speaking!
You have read and heard enough of this movie to now that it is good. I would just like to add a few points to it. Even points other people probably already made. First of all, there was a need for a good Wonder Woman adaptation that is not sexist. Second, you always have this returning joke when people who are unknown to our world travel to it and make silly things. It is reused, and reused, but if you are smart enough you can make it interesting. And they did! She was new to things but not foolish or comically absurd. Good amount of jokes, but they were not overdone. Third, I loved the chemistry between Steve and Diana, and the one tender scene they had wasn't exaggerated. They shared a very passionate kiss and it was more than enough to let us know they care for each other deeply. Fourth, the scenery... first the Amazon island was spectacular. Women being badass, finally! Not to mention, that there was no need to destroy a well known city to get me interested in the movie... that is something they always do. The movie was inches away from another stupid plot line where I am sure they could have said "We need to stop this bomb above London!", and draw us back into the same dumb routines that comic/disaster movies follow... But they didn't, and I am thankful for that! The cast was good, the fight scenes were awesome, it was emotional but not overdone and well, I wished to see more. This last one is the most important thing to me because otherwise a movie is utter failure. But no, no, I want more Diana Prince! More wonder, more power and more courage.

Watch it? YOU HAVEN'T SEEN IT YET? Honestly, this is the DC universe at its best. I gotta tell you, if somebody makes sure this is the kind of movie [fans] look for then I won't be worried anymore that my favorite characters will be brought to life the way they should be!