This March I realized that I have a problem with writing. The well known case of 'writer's block' took over me. I simply got stuck and I thought that only meant that I can't write on my blog, you know, my reviews. But I realized that I had a problem with my novels as well as my academic writing. Which was a big problem because I have to be working on my master's thesis. It's been a couple of my months and I slowly started getting back to my novels, very slowly, but effectively: I have been able to write more than two whole pages in one sitting. And still, my thesis looks like utter shit. However, I finally got down to write onto my blog and I'm sure my paper is not far behind! In that light I planned several entries and this will be the first one.
Thanks to everyone who waited out my troublesome period.
Hopefully sunny days are ahead!

Why this topic? Well, it was a summer that I started writing my first screenplay that I watched these movies. They helped me start something I later realized is one of the most important things in my life. My writing has been my dearest companion and I missed it a lot. I felt that a part of me was missing and I finally feel like I'm getting back a part of me. So enjoy the entry!

There was a time when each summer I re-watched the same shows and the same movies as a ritual, or something like that, and well... I stopped. The other day I started thinking about why I stopped doing that. It wasn't that I like the movies less, or that I preferred others, I just simply forgot somehow. And this summer I realized that maybe that was a mistake... 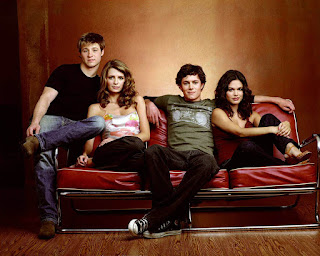 For years I re-watched the first season of The O.C., because I just couldn't get enough of the story. It was sad, but somehow not as much of a cliché as many others I grew up on. The first season had something very unique and a down to earth quality to it that made me fall in love with the characters very quickly. I don't know how many times I watched Ryan kiss Marissa or Seth confess his love to Summer - which made me hopeful that the good guys do get the girl in the end -, or watch Sandy realize he wants to help the little guys. I saw friendships forged out of hopelessness and false relationships hit rock bottom. Although a highly fantasized story a lot of it does have their foot on the ground and the show taught me a few things about life.
Now, you might wonder where the movies are if the title suggested summer movies! Hold on tight, yes, I started with a series because I can recall spending 24 hours watching it nonstop on many summer nights, but indeed there a couple of movies that had a similar impact.

No, these movies don't necessarily take place during the summer, but since that is when I watched them, I consider them as such. Now, looking up the list of films I'm going to talk to you about, they all share something in common... goes to show what genre I sought when I was sixteen! 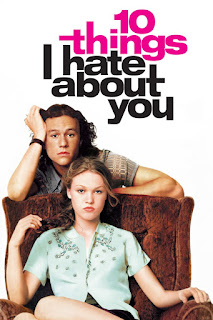 I'm pretty sure everybody gets week in the knees when they hear Heath Ledger sing Can't Take My Eyes Off Of You. 10 Things I Hate About You has to be one of the most beloved romantic comedies out there. I am yet to meet someone who doesn't adore this movie. What got my attention right away was the soundtrack of the movie. It was uplifting ad somehow made the movie into a big music video and I actually adore the films that elevate the music. You get the sense that each character has a certain music assigned to them that helps the viewer get to know them better. Sure, the motivation of some characters is questionable at some points throughout the story, but that aside to me it will always be a big, big favorite! I can never stop from laughing even at the smallest of jokes and it makes me hopeful that there is one out there for everyone, even if it doesn't seem like it. On the high school topic I got another favorite, one is an adaptation of a Shakespeare play, and if you recall, in 10 Things they reference William quite a lot. That movie was She's The Man, an adaptation of Twelfth Night. 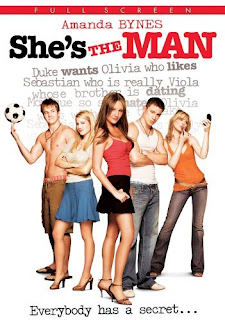 I remember an afternoon where I just watched trailers all day and I found this and many others, but somehow this stuck with me. Every time I try to be funny with someone or come out of an embarrassing situation I just quote my favorite conversation starter "Do you like cheese?" and they all die laughing. I am actually laughing right now because I keep recognizing similarities between the movies I'm going to list here... in She's The Man the girls are preparing for the yearly débutante ball, just like they did in the fourth episode of The O.C. In both you have private schools that work quite differently then state schools and well, sports are also important. And, to be honest, just like in 10 Things the music here is simply awesome. I am watching the movie now, while writing and I even forgot how often I listened to these songs! I know them by heart. And well... You have to adore modern Shakespeare adaptations that work well. Soccer might be a foolish idea at first, but the dynamics work and there are some hilarious moments in the movie that make me want to see it again and again. It was the first time I saw Channing Tatum on film as well as Vinnie Jones, who has become a big favorite of mine. "You're in Illyria. We don't discriminate based on gender." 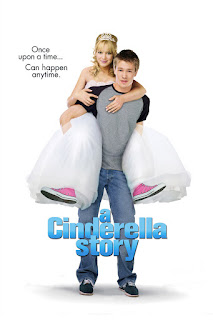 And when it comes to high school romances - and pretending to be something you are not -, as well as adaptations of big classics, this Cinderella Story cannot go unmentioned. Yes, it's cheesy and well, you can predict the ending from the first scene, but there is something special about it still. Fear of being who you are? Being yourself? To be free from your past? It is all things we can associate with. Not to mention that in America college is a big deal. The average American moves 10 times in their life time and that is usually the first step: going to another state for college. This movie highlights how stupid high school is and that appearances are way more important then being yourself. And you should fight that and they do. This movie in particular should be mentioned among one of the best adaptations in my opinion because even if it is modernized it makes sense. I have read some of the dumbest reviews regarding the new Cinderella and how it simply doesn't make sense here and there. By giving a background story to the evil stepmother you only allow for more questions and plot-holes. It was in this movie that I fell in love with Hilary Duff and met Chad Michael Murray, who would go on to star in another series I re-watched religiously: One Tree Hill. And they are not the only actors that I got to know here, some other great actors I got to see the work of I saw here for the first time: Simon Helberg, Regina King, Jennifer Coolidge, Dan Byrd, Madeline Zima and Julie Gonzalo. And, you guessed it, I love the music as well. I always loved Duff's voice and her songs have been among my favorites for a long time now. My favorite has always been Metamorphosis, I recommend it highly!

I got some movies from my uncle one summer, 28 Days, Two Weeks Notice, Pride & Prejudice as well as the Lord Of The Rings trilogy, and each night I would watch something new and some of the movies were very deep and perhaps not adapt for my age... but it was a great summer that taught me a lot of things that later on helped me shape who I am. These past couple of days made me realize that maybe I shouldn't neglect movies like I had for the past years.

If you want to recommend me anything, please do in the comments below!
Bejegyezte: CsorEsz91 dátum: 4:31 PM