Before we head in, I want you to know that I don't mean to offend anyone - not even Miley Cyrus - I just want to talk about one very important issue that has been bothering me about her attitude --> because it is something that can influence a lot of others and that's a problem for me. 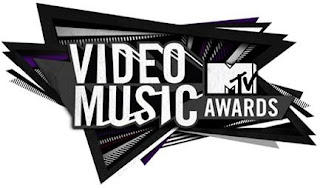 I am all about self expression, I started this blog for that very reason. But when I don't watch the VMAs, not because of the host, nor the nominees really, I just don't care for it, then I don't want to see every single post the next day be about someone's breasts. (Mostly because we have seen them so many times I just don't get how can they still be considered news?)

And here is why:

I don't care for Miley particularly, I have heard that she suffered very much during the beginning of her career as she felt that she couldn't be herself. We have facebook, we have twitter, tumblr, instagram, so on: if people want to be themselves of social forums, that's completely fine by me.

Here is where I draw the line: National television.

Remember when actresses and singers were crucified over wardrobe malfunction? (Do you know what that word means? Malfunction indicates that it is no one's fault! Yet they really truly were hanged for them...). And even if I am very happy that we live in an era where a malfunction of this sort doesn't generate bad publicity anymore and can be overlooked, I still don't believe that that privilege should be abused. 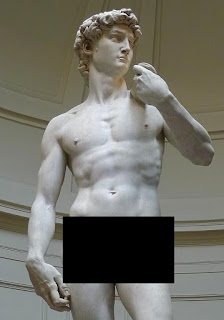 Miley keeps asking people to respect her for who she is and tries to add "haters gonna hate" wherever she can. And that's fine, I do respect you, I respect you as an artist, a singer, an actress, a simple celebrity too, BUT I DON'T NEED TO SEE YOUR GODDAMN BOOBS EVERYWHERE. Because when you do that you are not respecting me. You are disregarding everyone's personal space and you are toying with the patience you ask others to give you.

I don't follow you on any social page especially because I don't care. And you're not the only one. I don't care for Kim Kardashian's f*cking body either. Do you think I enjoy people re-blogging and sharing her pictures? No. But I can unsubscribe from those pages too. And if I want to watch an award show about music I don't want the host to shove my face into their bosom every 10 minutes.

Asking others to be patient with you and treat you for the person you feel to be inside is indeed very hard. I am not questioning that nor am I pretending that she had an easy run. I am also acknowledging that her boobs being re-posted over and over again aren't necessarily her fault either, because as I said: social forums exist for us to do what we want and share what we want. If people want to share it, it's fine. But the same way as I know what I'm going to watch if I choose to watch porn, I want to be reassured that when I watch a show about music videos and awards, I won't be flashed every other scene by someone who hates bras.

PS: Direct message to Miley - it's sweet that you are sort of fighting against bras, but you don't share measurements with the rest of the world, so even if you don't feel the need, a lot of us do. And a lot of us feel especially that you too should wear them... you know, just in case there is a malfunction.

PS for the fans: If you wish to comment that "but you're still talking about it!", then you really don't get what I wanted to say in the first place.
Bejegyezte: CsorEsz91 dátum: 6:12 PM 1 comment: 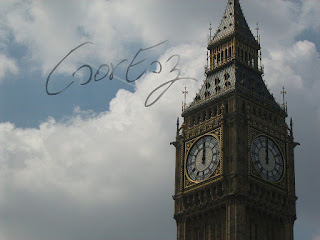 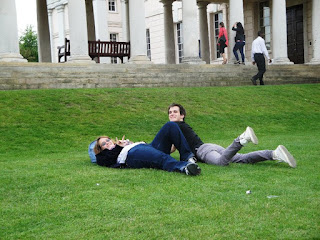 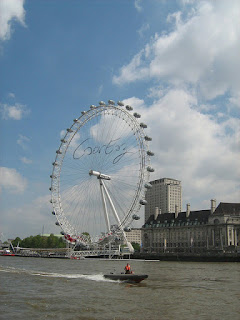 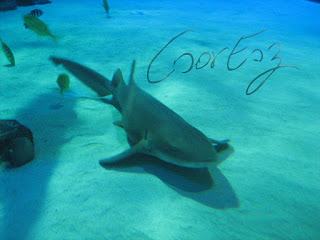 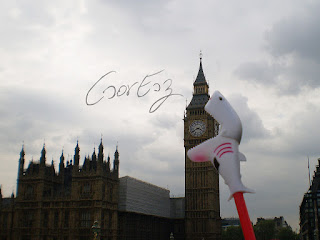 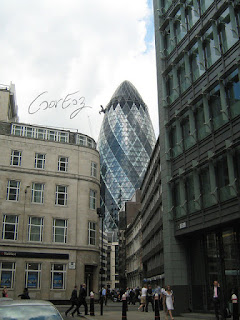 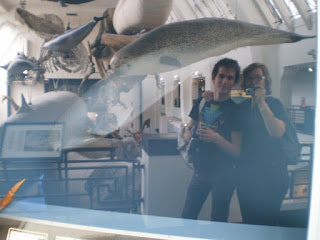 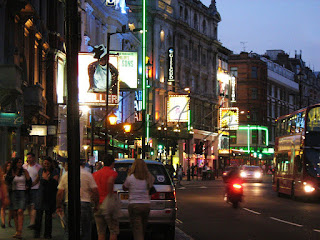 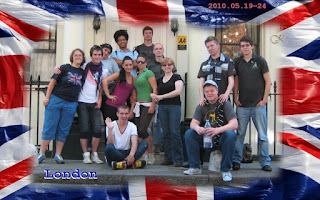 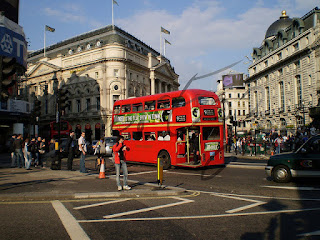 "On the 23rd Page" Behind The Scenes

A legutóbbi forgatásom, kisfilmem, minden titka és eredete! For the English version of this entry, regarding the making of my latest short roll down ;) 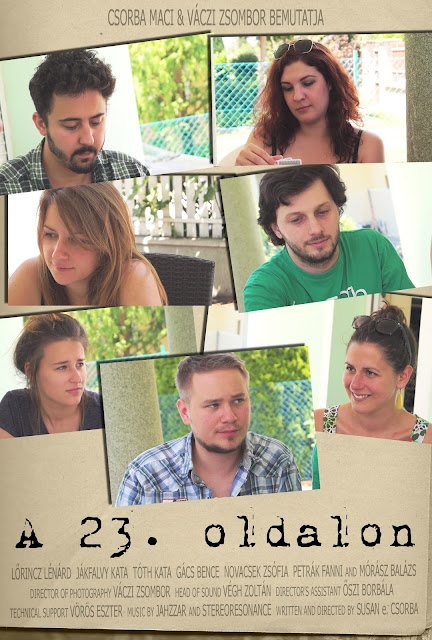 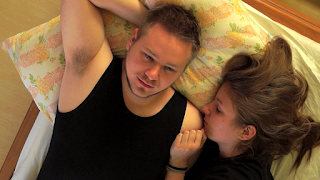 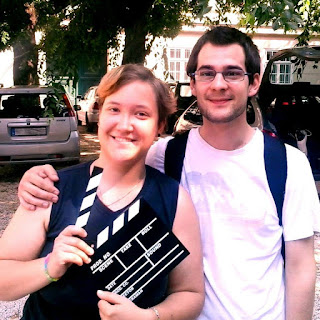 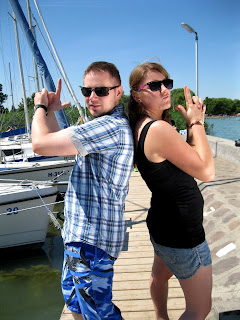 These are the bloopers (no subtitles available, sorry). 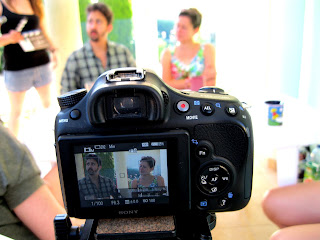 A videót megtekintheted a poszt végén!
You can watch the video at the end of the entry!

The idea came to me one evening before going to bed. I replayed and replayed it in my head until I had dialogues that work and characters that are real. "Six best friends from university, and an outsider, spend a long weekend together at Lake Balaton, where they force each other to face the consequences of their own actions." - The movie, unfortunately, will never be made as we don't have the money and the resources, that's why this trailer is six minutes long rather than two. But we hope that people will enjoy it just as much as we did making it! 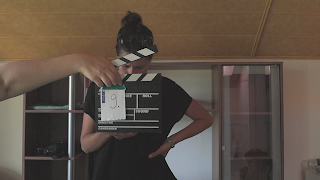 As for the title, the 23 references the average age of the characters as well as the main character's writing.
I think we all have already written our acceptance speeches for when we win an Academy Award, despite the profession we have. It is the same for me, and when I look at all these independent American movies, they all really discuss one bad choice made between the ages of thirty and forty. Well, I wanted to dig deeper, Or, in other words, go back to the source of the problem. In our college years we get to know ourselves, and it is then that we really grow up. And all those movies deal with the very mistake those characters made in their college years: wrong partner, wrong career choice or perhaps deciding to stop studying. I am now 24 and I decided that I don't want to write about what it was like to be this age when I'm 30. 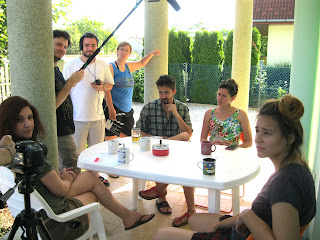 Of course, the shooting did have a couple of hitches, but what shooting doesn't? Casting, weather, technical and so on. But I am 100% proud of the short we made with my friend Zsombor and I am glad I worked with him again after the seventh anniversary of our first project together. I would say that this very short would have never come to life without him, my assistant Boró and our best friend Zoli.
The only reason I'm sad we made this are the comments "Why don't you do this full time instead of teaching?". They ask me this with the purest of intentions and I'm glad they do, but I then have to wonder about my own choices in life. But maybe that's OK, as that is exactly what this short is all about :)