I love food. I adore cooking and I love to learn about food. Thus I watch a lot of food network shows, at least the ones I can get my hands on here in Europe. And I always watch them with my sister. We have gone through Jamie Oliver's Food Revolution, his Family Christmas, and Kitchen; while also catching up on the seasons of Next Great Baker, Cupcake Wars, along with Masterchef (US), and other smaller things like Unique Sweets and a couple of episodes from Unique Eats and DC Cupcakes (that show is crazy stupid, but very adorable!).
And we watched most of these - together with the ones listed below - in about eight months time. Yes. Television was that bad that year. And although some were horrible (Ace of Cakes was the most terrible piece of garbage I had to watch in my entire life! I turned it off after 10 minutes, the guy in it is such a huge a**hole!), others were fun to watch once (Fabolous Cakes, for example, is great if you want to be inspired!), but there a couple of favorites that I could rewatch over and over again and still hope for more seasons!
These are those five favorites: 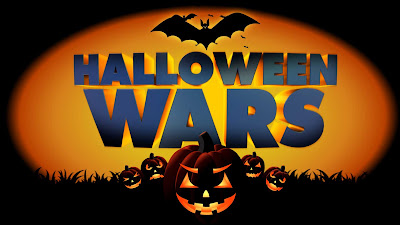 Well, this is not entirely food, I know... and because of that it is only at the bottom of the list, but it is probably my favorite! In it there are groups of three and each team's got a cake artist, a sugar artist and a pumpkin carver and they have to use all three elements to create 3D sculptures. These have to be Halloween themed and the theme is set by the judges (creepy clowns, zombies, goblins and so on). I adore Halloween and these people are crazy talented and - although the drama is very fake and they build it up too much - the way they can sculpt food is simply mesmerising. Make sure you check it out, it is great fun to watch it while decorating the house or getting ready for a party! 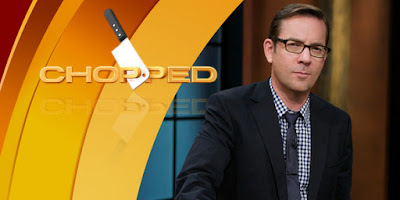 I got to watch this series because my sister listens to Marc Maron's podcast and in it he mentioned that this is one of his favorite shows, so we started checking out a couple of them and they are very enjoyable. In it there are 4 contestants that need to incorporate into their dish four obligatory ingredients and they have to rethink them into a restaurant quality dish. Here is why the show is fun: creativity is very entertaining, especially when it comes to food. And second: the judges. They are the most fair people I have ever seen in my life. Have you seen that in these competition shows (like Masterchef) they focus on shaming the contestants for their errors and I hate that. Here they give constructive criticism and you can tell that they feel genuinely sorry for having to eliminate the contestants. And I love that! (DO not watch the Canadian version. I only saw one half of one episode and they were total a**holes). 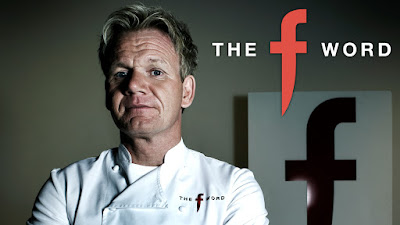 I wrote about Gordon Ramsay in a separate entry a couple of weeks ago (read it here!), but in a nutshell I just described that I like his teaching method a lot (not the yelling kind represented in his American shows, but the one in his British shows). The difference is that he recognizes perfectly when he should give someone a pat on the shoulder instead of yelling with them. But, his presence helps those people to wish to be better. In the show he teaches his own kids about where food comes from, he teaches amateurs to be competent in a restaurant kitchen and he looks for the best ethnic restaurants in England, as well as have his own competition with British celebrities. It is a fun show with a lot of learning involed and great food! What more do you need?

2) The Great British Bake Off 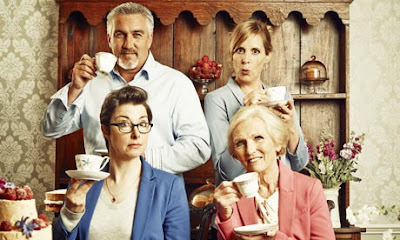 The sweetest cooking competition on the planet: hosted by Sue Perkins and Mel Giedroyc and judged by Mary Berry and Paul Hollywood, this competition focuses purely on baking - let that be sweet or salty. There are three rounds in each episode and about ten-eleven contestants at the start of each season. The judges are very critical, but very fair. There are also special episodes where the judges show us how to bake those cakes they asked from the contestants during the season. Each episode gives a bit of a historical background to what the contestants are making and they all resemble one big family and I just love to be on this journey with them! 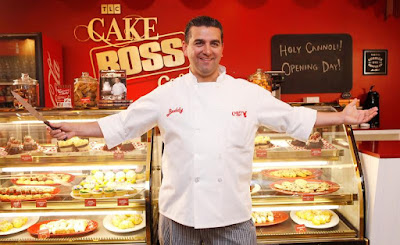 Why do I love this show? Because I have fallen in love with this family. I actually feel like I'm a part of them :D I watched the Next Great Baker first and that's where I got to know Buddy and his family, and I then checked out the show it originated from. I lived in Italy, and needless to say, those cookies and cakes have never looked as good in real life as they do in Carlo's Bakery! I love big italian families and although "Hoboken Baby" can get tiring soon, you just gotta love this guy (despite that one scandal). My favorite episode so far was the Christmas special, in which Buddy opened up the store and beforehand he handed out free hot chocolate to the costumers waiting outside in the snow, and they took the remaining cookies and pastries to a homeless shelter. And, the reason I adore this show is that you can see that they are not just doing it for the cameras, and that makes the baking and the cooking much sweeter!

These are my favorites, but I'm always looking for new stuff, so if you can recommend me anything, please do! Until the next item on my list!
Bejegyezte: CsorEsz91 dátum: 4:22 PM No comments: 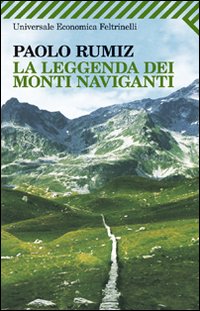 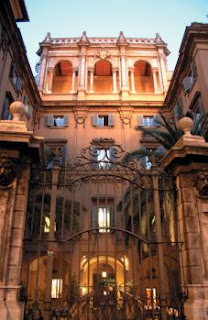