What's Next On My List? Avatar: The Last Airbender

The spin-off of one of my favorite shows just ended a couple of months ago and I thought I would take the time to write about it a bit more in detail and they are both big favorites of mine! 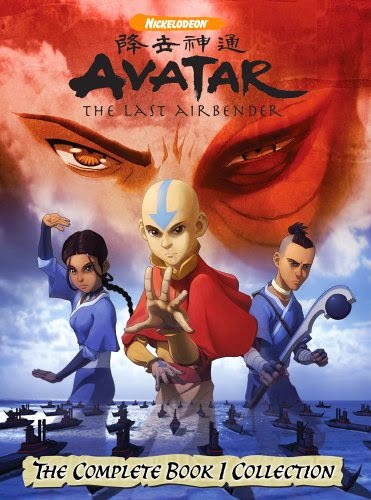 Book One - Water: The Avatar is the only one who can control all four elements. However, he disappeared hundred years ago when the Fire Nation attacked the other nations in a war. Sokka and Katara - a brother and sister of the Southern Water tribe - find the young Avatar in an iceberg on the South Pole. His name is Aang, and he is the last airbender, as his kind was wiped out by the Fire Nation in search of him. When Aang is faced with what he left behind when he was scared to accept his responsibilities, he decides to set out to learn the other elements with the help of Sokka and Katara to soon defeat the Fire Lord. Their trip, however, is a very bumpy one as they continuously ambushed by the Fire Lord's son, Zuko. Zuko, after disrespecting his father was scarred and then banished from the Fire Nation. The only way for him to get back his honor is to find the Avatar. Not only does he end up fighting with Aang, but with other Fire Nation soldiers as well, as they manage to capture Aang before him. At the end of the season Aang reaches the North Pole where he and Katara learn waterbending. Aang and his friends manage to escape from Zuko, he - because of his rivalries with Fire Nation soldiers - is forced to hide in the Earth Kingdom with his Uncle Iroh. 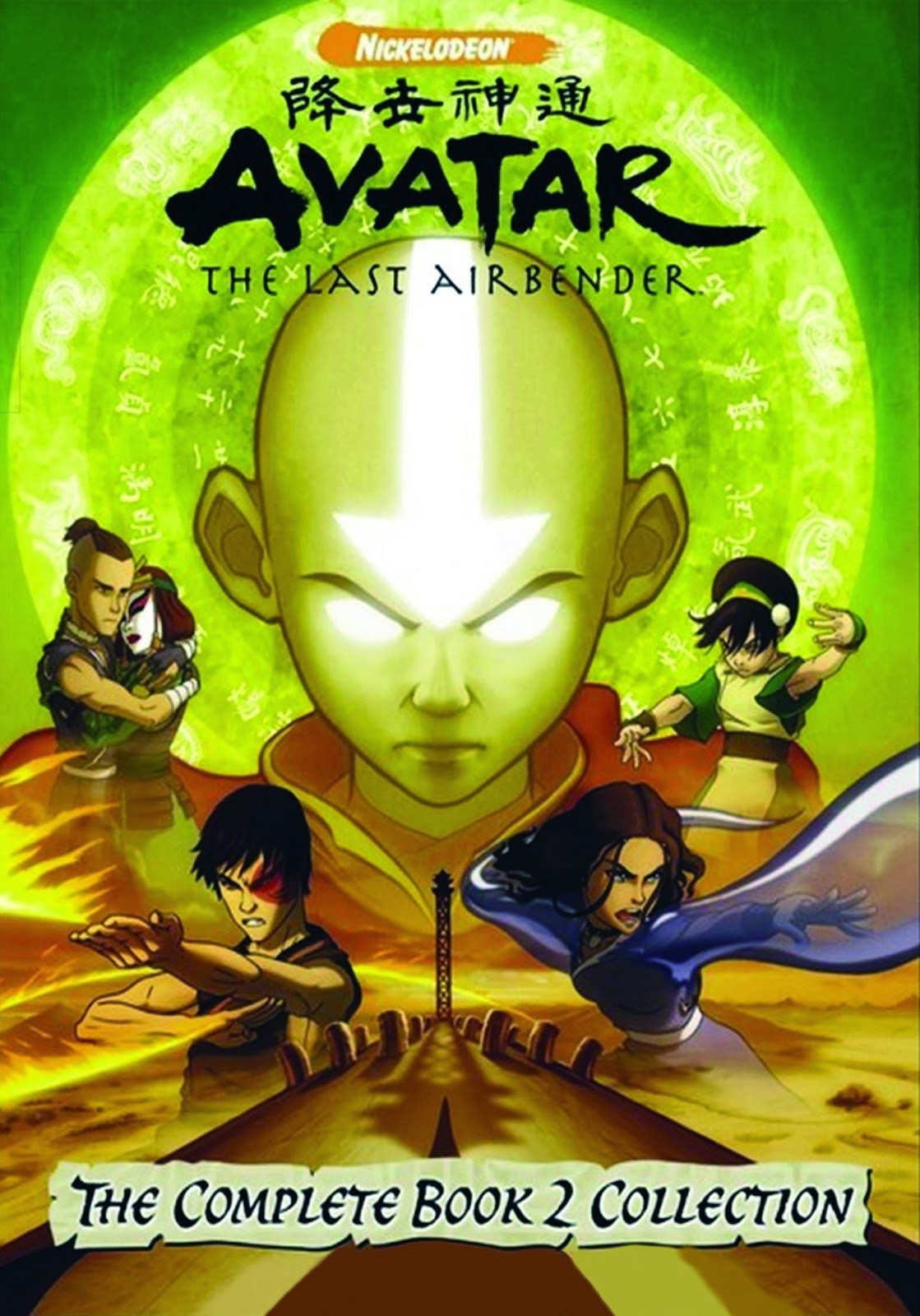 Book Two - Earth: After learning to waterbend, Aang has to master earthbending. He tried to change the order of elements, but he hurt Katara while trying to learn firebending, so he continued his quest to master earthbending instead. In order to do that, he has to find a teacher. He reaches his old friend, Bumi, one of the best earthbenders in the world. But they can't stay and Bumi can't leave his kingdom. Aang finds another master, someone who never uses her eyes, but her other senses, because she is blind. Toph wishes to escape her life and she decides to join the team and teach Aang. Her blindness causes several reasons for laughter as Sokka's jokes keep focusing on what the others face while running from the Fire Nation. After Zuko hid in the Earth Kingdom and stopped his search for the Avatar, his place is taken by Azula, his sister. Azula decides to use more fatal ways to find Aang, and the paths of the siblings as well as that of the Avatar often cross. And the last time they cross Zuko decides to attack the Avatar instead of going back to a life of hiding with his Uncle Iroh. And at the end they all believe that they have killed Aang in his Avatar state, and if he dies there, the cycle of the Avatar is broken. 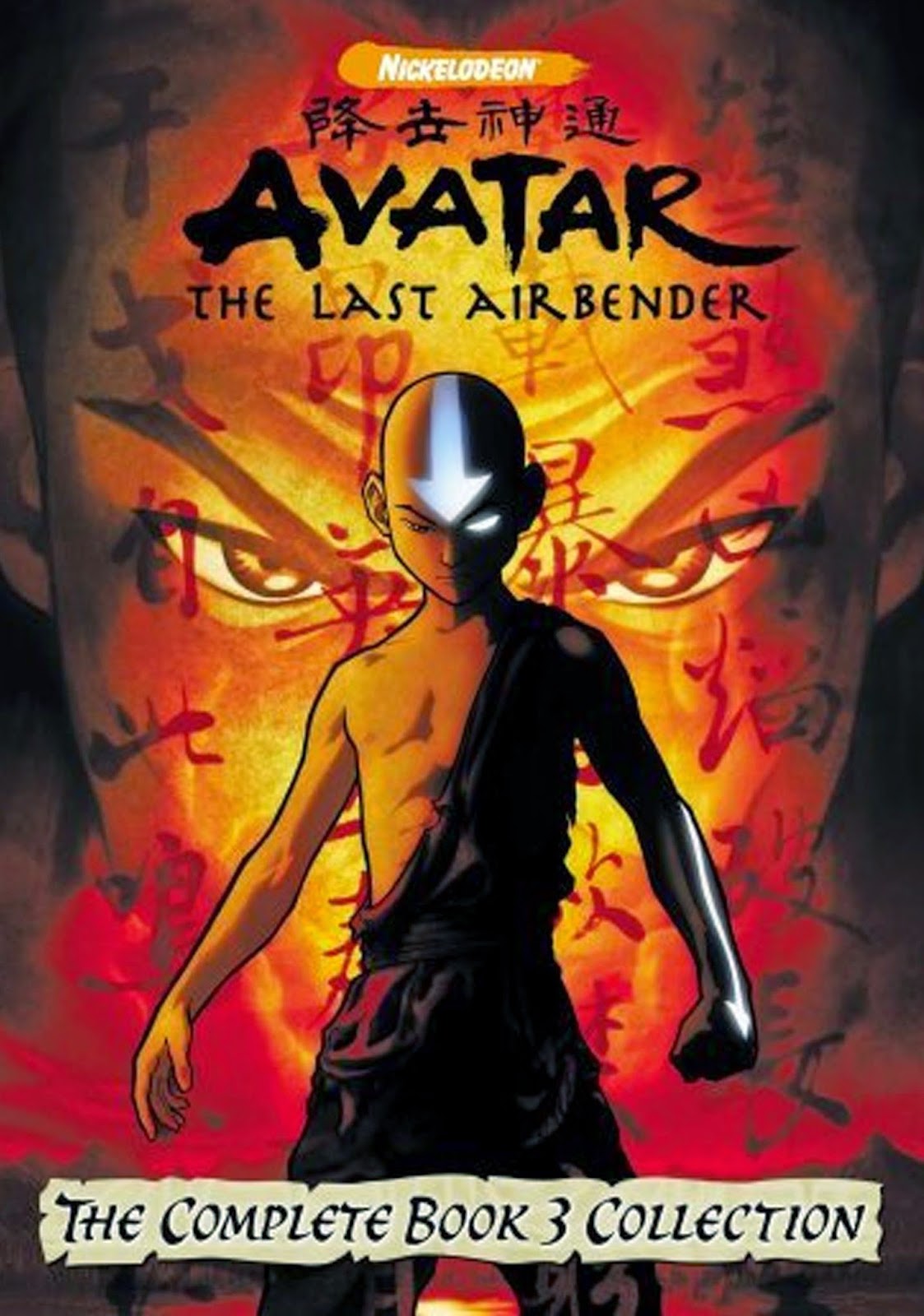 Book Three - Fire: The Avatar has to act fast to defeat Fire Lord Ozai, as their only chance is the the day of Black Sun, a solar eclipse when firebenders lose their powers. Unfortunately, even if the forces guided by Sokka's father to gain control of the Fire Nation get very far, they are outsmarted as the Fire Lord expected their arrival. During the eclipse Zuko escapes and follows the Avatar one last time to tell him that he wishes to teach him firebending. That he understands that what his father is doing is wrong: fire only brings about destruction, and not power. His nation is not sharing his gift with the world but oppressing it. Although hesitant, but everyone from the group spends time to find out who Zuko really is and they learn to trust him. Aang is, however, troubled as he was taught to cherish every life: He has a problem with taking Fire Lord Ozai's life, even if he threatens to wipe out the whole world with the help of a meteor that is set to orbit the planet. Just days before the fight Aang leaves the others behind on a spiritual quest where he learns that he is able to take away others' bending. He fights the Fire Lord and takes his bending in order to ensure peace among nations and ends of the hundred year war.

To quickly summarize my overall feeling about the show: If you haven't known already, this is one of the best series every made in television. It is smart, funny and everything a child needs as well as an adult! It doesn't shy away from conflict, and it shows that sometimes your friends can become your family instead of your relatives. And that is a beautiful lesson for anyone who ever felt lonely because of their parents or siblings. I also love that although Aang faced his demons and his responsibilities alone, he didn't have to. His friends had his back all the way. There is a lot to learn from this show and me, for instance will show it to my kids for sure!

(This bit also appears in my review of The Legend of Korra, so if you to read that first, skip to the end!)
From a critical point of view: I watched this series while I waited for the second season of The Legend of Korra. I love that a lot, for several reasons, but I noticed a huge difference between the two shows. All of my friends seem to have preferred either one to the other, but not me. I saw the genius behind both of them and I enjoyed the evolution from one to the other. Be honest, if they would've copied the first series it would not have been nearly as good. And I will debate anyone who doesn't feel that the first was excellent ground work for the second one! 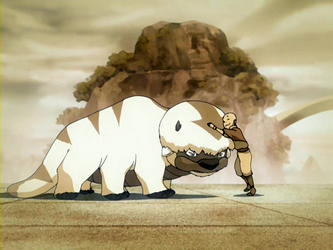 That being said, when you watch both series, you will realize something: Korra barely has any non-benders. On one side, this is not a problem because you will also see that Korra brought bending to a whole other level! And the non-benders? They are kickass too. But, they are still limited. Asami (a beautiful and smart girl), Pema (a fierce mother), Varrick (a backstabbing business man who really only does good in the end) and his assistant Zhu Li (a bad-ass girl with the brain of a genius). And if you don't feel connection with either of these characters, you are somewhat bound to be left out, you know? Think about Sokka, the Kyoshi Warriors, the Air Acolytes who learn about the nomad cultures of airbenders, the inventors and just a series of people who have never needed bending in their life for it to be full. I think, or at least I have seen, that people found it easier to get lost in this world - or feel like they are a part of it - when they could be one of those humans themselves. And I get that. But I am full fantasy all the time, which means, that the less it has to do with sucky reality the more I love it. 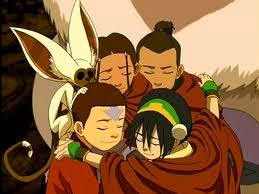 I will tell you this, however, that you should watch both series and I would even recommend starting with Korra. Why? Well, people who started with Aang's adventures had problems with the other that I never quite got my head around too - besides the ones mentioned above. Also, there is something fun about seeing what was the origin for a series. The Legend of Korra took it to a next level with several nods to the old series and a lot of inside jokes, but ultimately, you know the story is good because it stands on it own! Imagine, if you will that Korra is the era in which you live in, while that of Aang is inside a history book that comes to life when you open it. If you check out the first series while watching the second, I think you will find it a lot more fun. Getting answers to questions while they are being asked is a wonderful feeling!

That said, do watch it. It isn't critically acclaimed for nothing! I have myself re-watched it several times. And, after posting this, I will schedule another marathon for myself! In a couple of weeks you can read my Legend of Korra review as well!

PS: NO. DON'T WATCH THE MOVIE VERSION, IT SUCKS. If yo need more info on it, check out the Nostalgia Critic's review here!

Stay tuned, until the next item on my list!