Less bullets coming from the main character, and yet still badass! Let's get to: 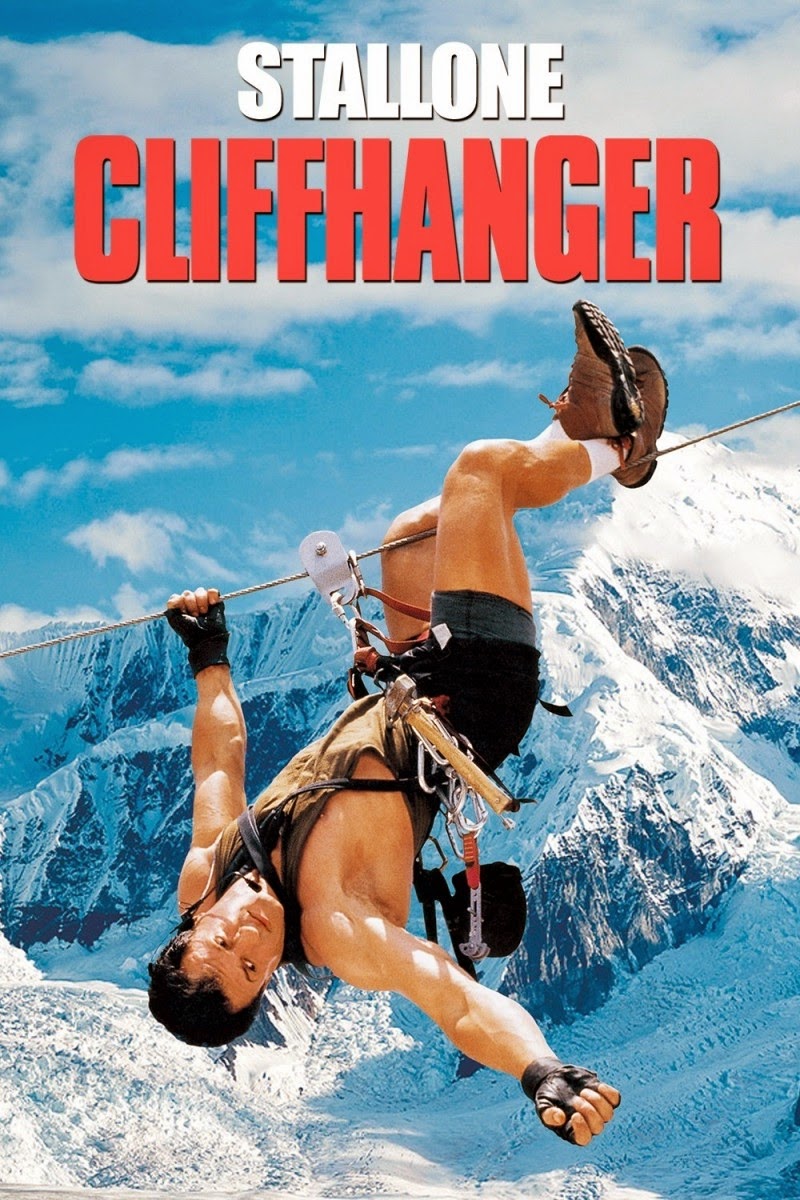 Gabe Walker is a hiker who fails to save the life of his best friend and colleague Hal Tucker's girlfriend. He comes back to the mountains after a whole year, and his ex Jessie asks him to help Hal with a rescue as there is a storm coming. 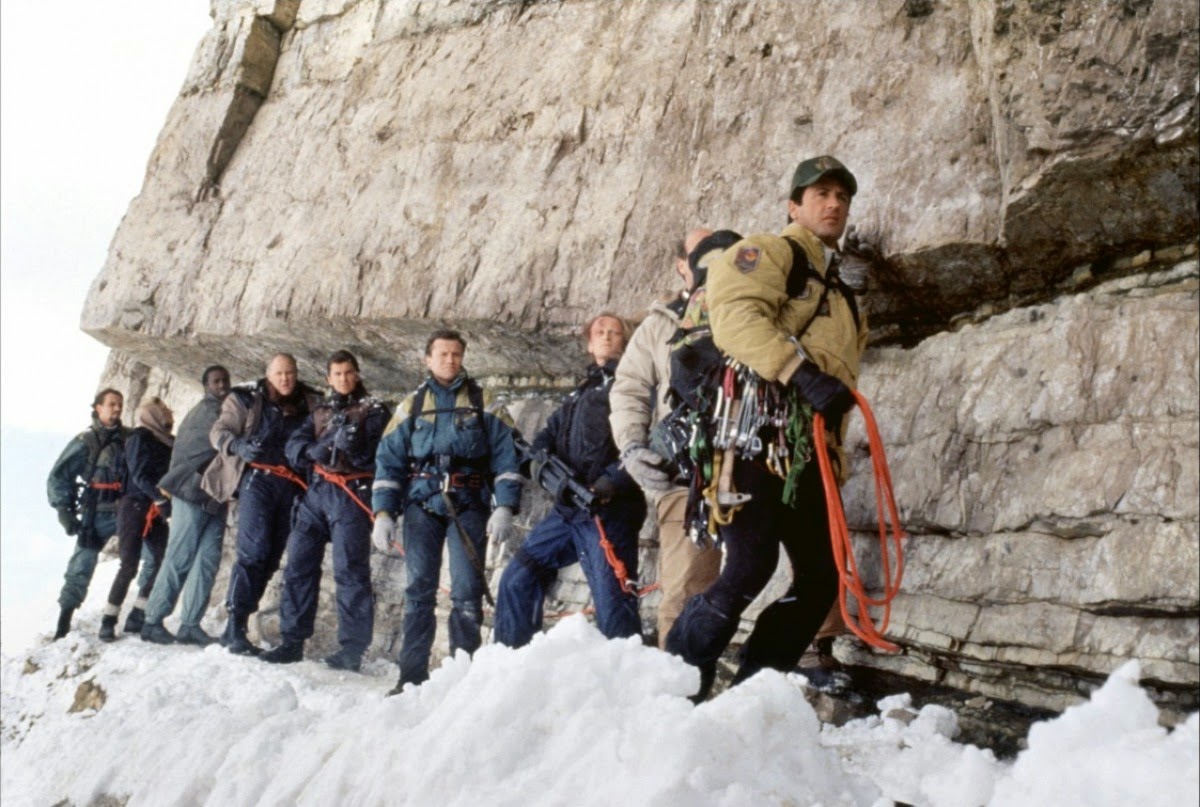 When they get to the distress call, they find out that they were called up by a group of terrorists who lost their money in three cases over the Rocky Mountains before their plane crashed in the trees. They force Gabe and Hal to help them find the cases, but Gabe gets away and keeps reaching the cases before they do. Jessie joins him when they don't hear from them for a couple of hours. The man leading the terrorists is Eric Qualen, who won't stop at anything to get his money. Knowing that Gabe is tracking them, he continues to try and stop him, kill him, blow him up in any way possible. The two go at it on a helicopter which falls into the valley with Qualen inside of it. 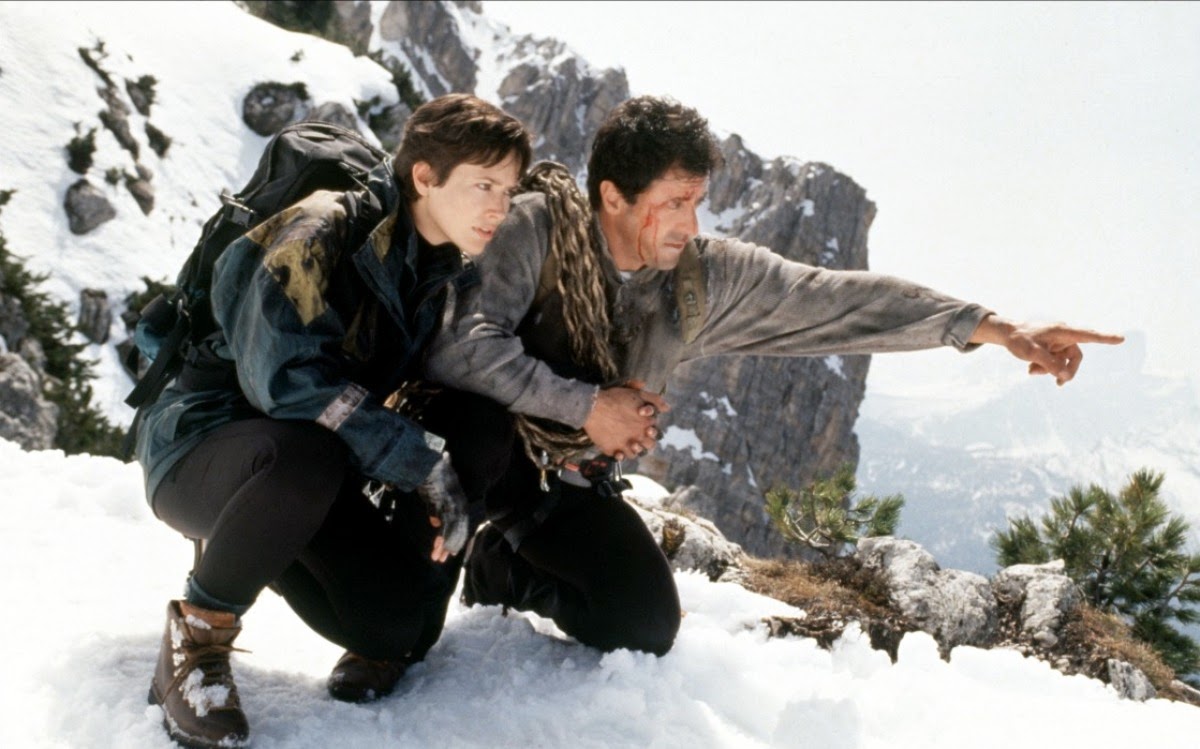 I really liked this movie. You know, when we get to my last review this month you'll see what my problem is, but I never got why America only likes Stallone in action movies... he is a really good actor! In this movie in particular he had a lot more dialogue and fight scenes than in previous ones. Of course, I will get to the emotionally deeper movies later on, but still, there was one movie of his that I am able to re-watch every single day, but it was flop in the US. Up to this day I don't know why. Stallone is one dreamy guy, let me tell you that and he wasn't so just in the 90's! 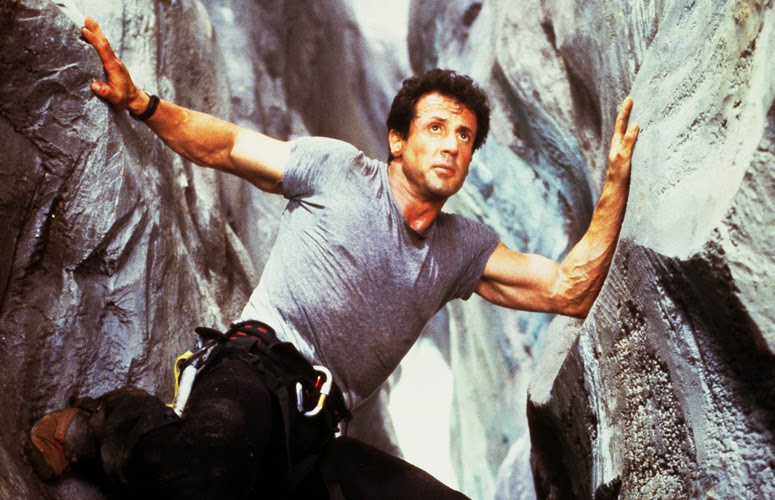 Either way, this movie takes a serious note but there was one thing that really bothered me. Gabe's character leaves because of the death of that girl and he was not persuaded to go back to these mountains for over a year! His ex tells him that the one guy we all know hates him is now up there on his own. He decides to go after him, even though 5 minutes earlier he admitted to not being in shape for climbing. I believe that it would've made more sense for him to get up there after hearing that his friend was in danger, rather than just showing up. Perhaps I am a sucker for cliches, still, I would've preferred it that way.

Watch it? Definitely. Ace Ventura: When Nature Calls starts with a parody of this movie, and if I am 100% honest, the latter was much more traumatic than this one! It's just 90 minutes of really cool adventure with beautiful sights (+ make it a drinking game! Drink every time you spot the stunt man!).