What's Next On My Marvel List? The Amazing Spider-Man 2

I got around to this mess finally... let's just get it over with. 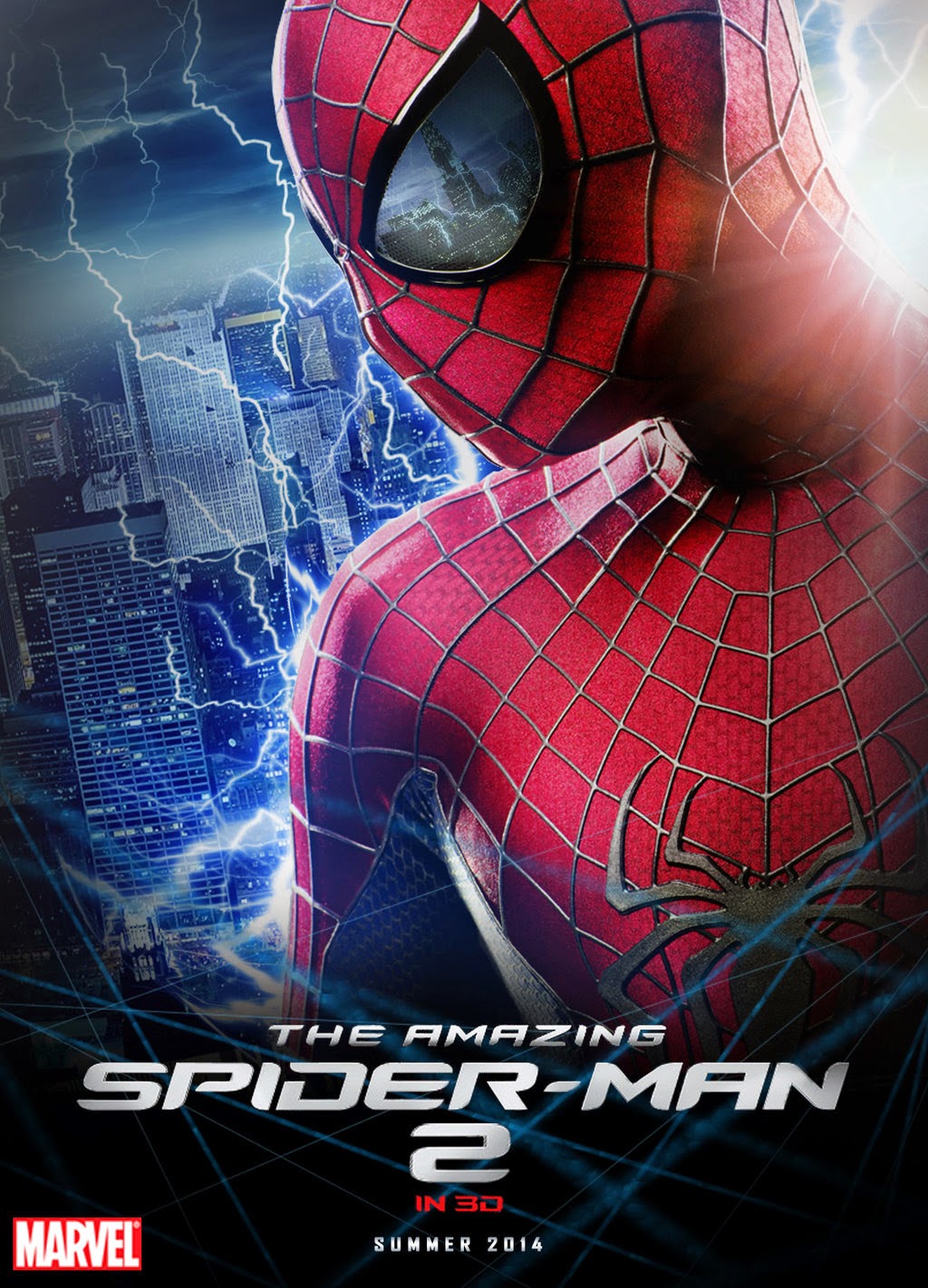 Peter is about to embark on a new chapter in his life. After graduation his guilty conscience forces him to break up with Gwen and he tries to reconcile with an old friend of his - Harry Osborn. While trying to fix things with Gwen, Harry turns to him for help but when Peter turns him away Harry uses the help of a villain. A scientist at Oscorp involved in an accident becomes doted with electrical power and Harry uses him against Peter - against Spider-man. Peter defeats Electro, but in the fight with Harry he is unable to save Gwen and her death forces him to retire the costume. Realizing that he decided to become Spider-man because he wanted to do good and not just to spend time in a costume gives him strength to go back and fight another day.

It wasn't as bad as everyone said it was. There. That's the only good thing I can say about the movie. Okay, I might be exaggerating, but lets go in order. 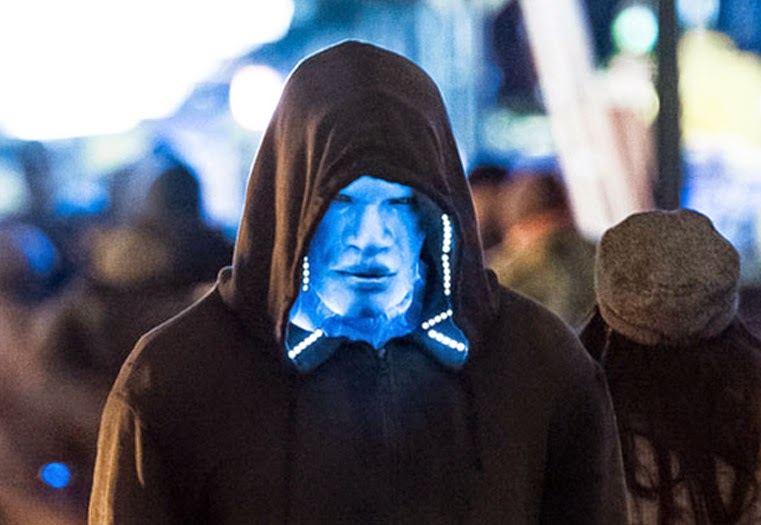 Electro. I didn't like how he looked. Call me old fashioned but I loved the stupid green spandex with the star on his head (yeah, I know it's not a star, whatever!). What I hated about his appearance was that he somehow managed to get himself a perfect suit that would enhance and/or be compatible with his abilities. Now, seeing that he wasn't a planned experiment, just the outcome of an accident, I don't really get how that happened... And my biggest problem with him was LAZINESS. The writers were simply lazy. What I mean by that is that his character was simply sick. He had a personality disorder and some exploited that and others suffered from the consequences and that was it. He didn't have a true motivation! He could've been a villain with a thick back-story who turns toward Spider-man for a completely different reason, other than the fact that he was Spider-man... which is essentially what happened. It was a wasted opportunity is what I am saying. And well, his accident? The boss sends him to fix something and he doesn't get any help because it is six o'clock and everyone is leaving... Really? This gigantic corporation doesn't have a skeleton crew or an afternoon shift? NOPE. Everyone clocks out at six on the dot, because that is what scientist who are in the middle of work usually do. Lazy. F*cking lazy. 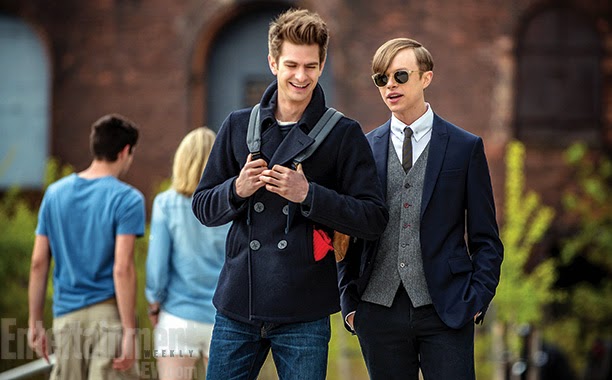 Let's move on to Harry. (I started to giggle after writing down that sentence, just so you know!) I actually liked this actor a lot more than I thought I would. His voice is quite magical. Aside from the acting, that I cannot criticize, I will say that his character sucked. Explain to me - scientifically - what kind of disease starts to work after you hear you have it. He lived, what, 22 years without knowing about a disease that killed his father when he was around 60 or so. So... why are the symptoms already showing? And Spider-man really was a d*ck for not giving him his blood. Actually, you know what? That would've been a great story line! Harry gives himself shots of all kinds of things to ease the pain and when he mixes those with Spidey's blood, he becomes the Goblin. Wouldn't that have made more sense? Wouldn't the fact that he just doses himself with spider venom and then gets into a suit that he once saw a picture of make him look - oh, I don't know - unbelievable? Even ridiculous? Oh wait, IT TOTALLY DID. As cheesy and cliche as the original story line of Peter killing his father was, it still gave a better motivation for his anger! And the suit? He gets into it and immediately knows how to use it? How to fly with it? I get that it wasn't his origin story but both him and the other two villains where exceptionally skilled with the suits and powers they got! I could also start an argument about HOW these two were such great friends when Harry goes unmentioned in the first movie, but I'm not going to. I'm just letting you know: I could! 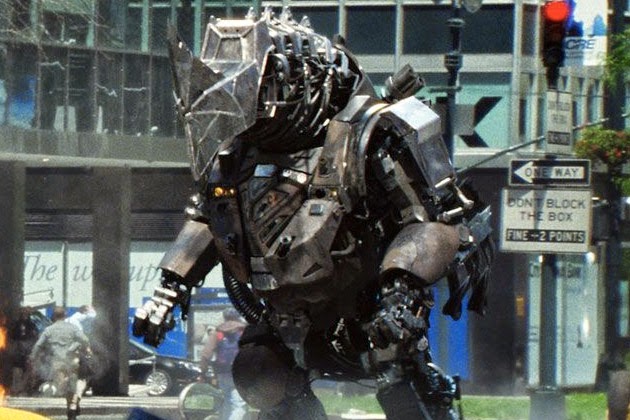 The third villain was Rhino. I actually liked that he wasn't in the movie as much. Comics and cartoon episodes often start with Spidey finishing a battle with someone and then moving on. I liked that that was what they went for here. What I hated was that they tried to sell him with posters and making us think his character or appearance will have any importance at all. It didn't. Did I like his costume? No. He looked like an even more retarded version of Grimlock. If you don't know who that is, then you missed out on a couple of things in the past thirty years. Either way, the fact that he looked like everything for the exception of a rhino kinda explains why I don't give a rat's ass about him being in the movie.

Also, there was this scientist guy who put on opera music in the background and had a German accent... I swear to god this stereotype is becoming racist against Germans! So let me understand, there are two kinds of scientists:
1) The American ones have personality disorders and/or mental diseases that make them dependent on others. Later on turning into villains whose motivation never has to be questioned.
2) The German ones are simply psychopaths (it goes unsaid that they are probably also Nazis) who listen to fancy music and somehow work for huge American corporations. 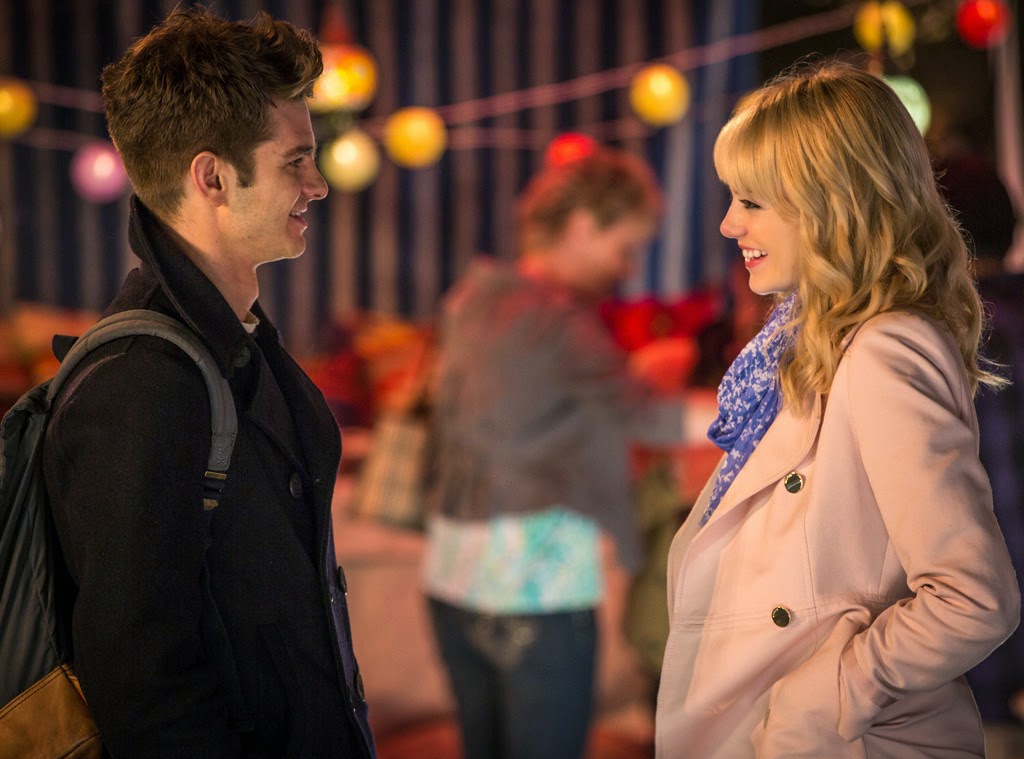 Gwen. You know it was coming, if you know anything about Spider-man, you know where her story was going. I actually loved every scene she was in, because she made them better. She finally wasn't the cliche these love interests turn into and she wasn't in the first movie either. I was happy they didn't forget that. And her death scene was undoubtedly the most beautiful scene in the whole movie. However, because of the 300 villains and the subplot from the first movie and setting up the next movie and so on it got really lost in the background.
And speaking of the background... I can let all of my little quarrels go because there was one major problem with the movie that I cannot: the soundtrack. My brother and I just kept looking at each other and at a point he just asked me: "This is a cool song, but is it really supposed to be here?" There was one magical song at a very sweet moment in the movie but that was it. Everything else just raised an eyebrow. 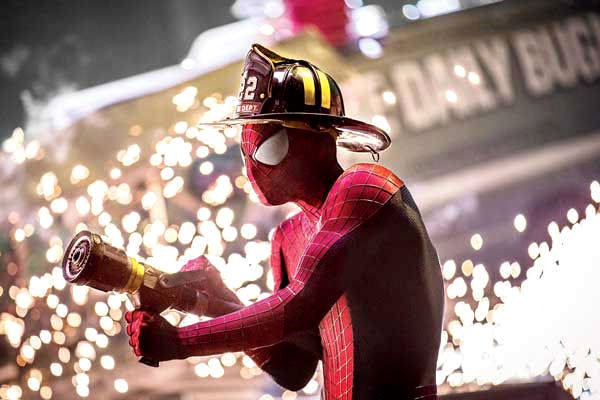 I like Garfield as Spider-man but for me ultimately this was: "Awkward: The movie". It was awkward every time Peter talked to Aunt May, it was awkward when he broke up with Gwen, then went on a date with Gwen, then got back together with Gwen, it was awkward when he talked to Harry as well. There were these little moments in the movie that made it bearable and I wish there were more moments like that: little laughs, little nods and Easter eggs all over. If I cut those scenes together that were beyond comparison awesome: You would get about 20 minutes of footage. But those 20 would truly be beyond compare the best!

Last argument would be that people can relate to him because nobody likes him as J. Jonah Jameson spreads the word that he is evil and just a vigilante, an outlaw. How are we supposed to feel any connection with him, if beside one single email nobody ever gives him a hard time for who he is? The whole concept of not being accepted falls flat as everyone clearly loves him from the beginning of the movie to the very end!


AND STOP WITH THE STUPID SONY PRODUCT PLACEMENTS!

That said, you'll live if you don't see it. Disappointment all around for true fans, unfortunately. It is worth to see for the small things, and overall it is not that bad as a lot of people said. The actions scenes for example were quite unique. Nonetheless, could've been a lot better!