What's Next On My List? Captain America: Winter Soldier

Took me some time to get around to this one, as I didn't want to see it in the theater. But I did this afternoon so I thought I would share my views on it! 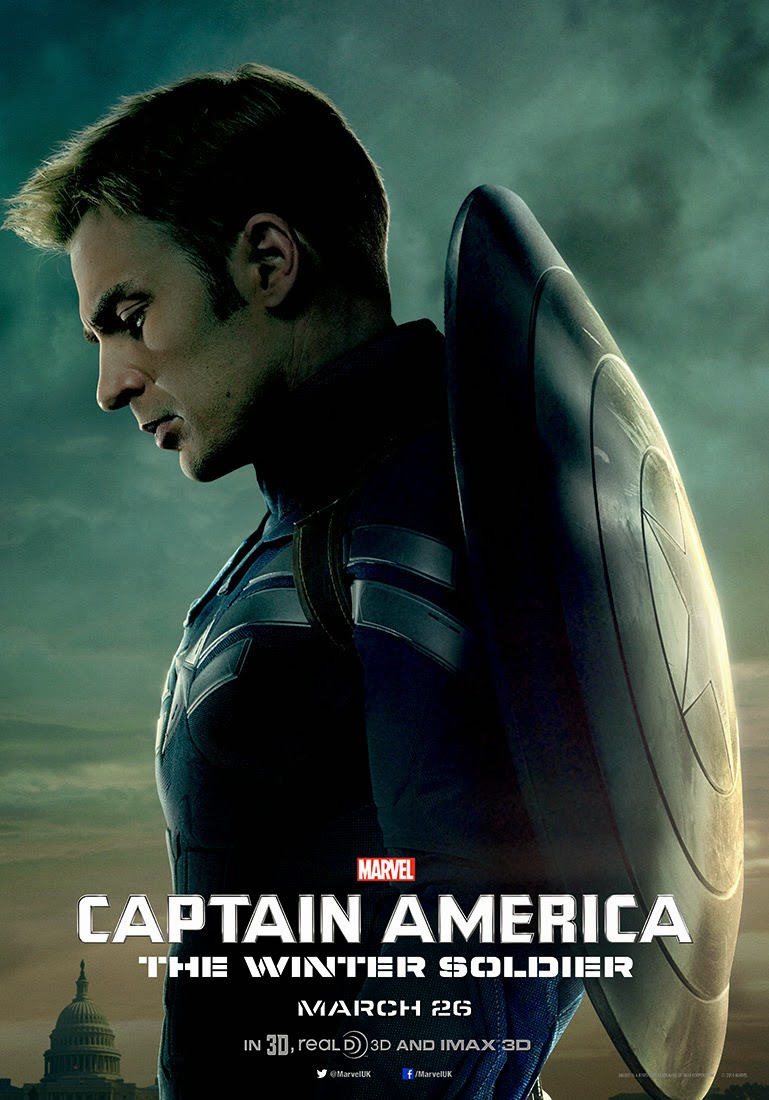 Captain America is currently working for SHIELD, and he feels like he cannot trust anyone around him. In order to calm him down, Nick Fury shows him Project Insight, in which three helicarriers are built that will orbit the planet and will be able to stop a threat before it happens. 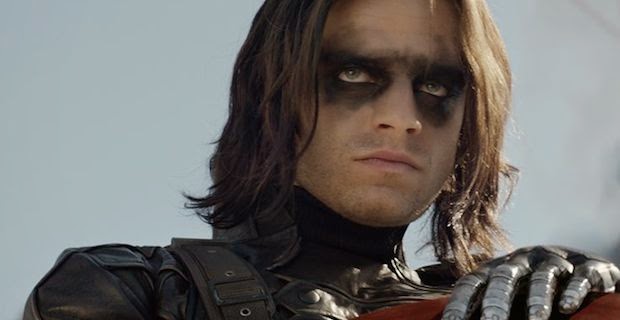 When an attempt is made on the life of Fury, Captain tries to discover the truth on his own, but he is ambushed by Black Widow who tells him she will tag along to find the hired assassin. At an old army base they discover that when SHIELD was born, Hydra infiltrated and with it they grew powerful as well. Their ultimate plan is to use the helicarriers to kill their own enemies. Captain, with the Black Widow, recruit an ex-soldier who goes by the code name of Falcon, and he uses artificial wings. The three team up to change the coordinates in the helicarriers as well as stop another super soldier: Bucky Barnes. He is the old friend that Captain thought he lost, while Hydra actually recovered him and used the same serum that Captain received to create the Winter Soldier. Bucky starts to remember who he was toward the end, but he flees before anyone can stop him. 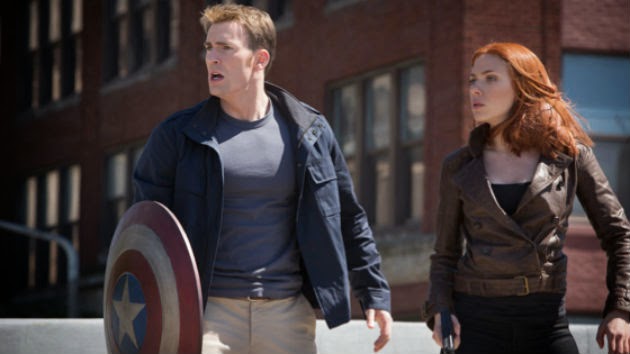 I didn't have high expectations for this movie. Then my friend told me that it was the best thing he has ever seen, so naturally I started to wonder what it was about and how good will it be. Unfortunately I was a bit disappointed. This is due to several reasons. First, I found it predictable. Ever since I knew Captain America he has always fought Hydra and I mean always! And when they revealed who the enemy was I just rolled my eyes... I know this movie is based on a very popular comic book story, admittedly I have not read it, nonetheless, the movie didn't make me want to pick it up! Second, again, predictable. They tells us Nick Fury died, guess what, he didn't! Huge shocker! Then the evil guy gives pins for his enemies, oh wait, the pins where small bombs and they are now dead! I did NOT see that coming at all! (Sarcasm). I don't know if I simply saw too many movies or that it was this one it particular that was for me very simple... 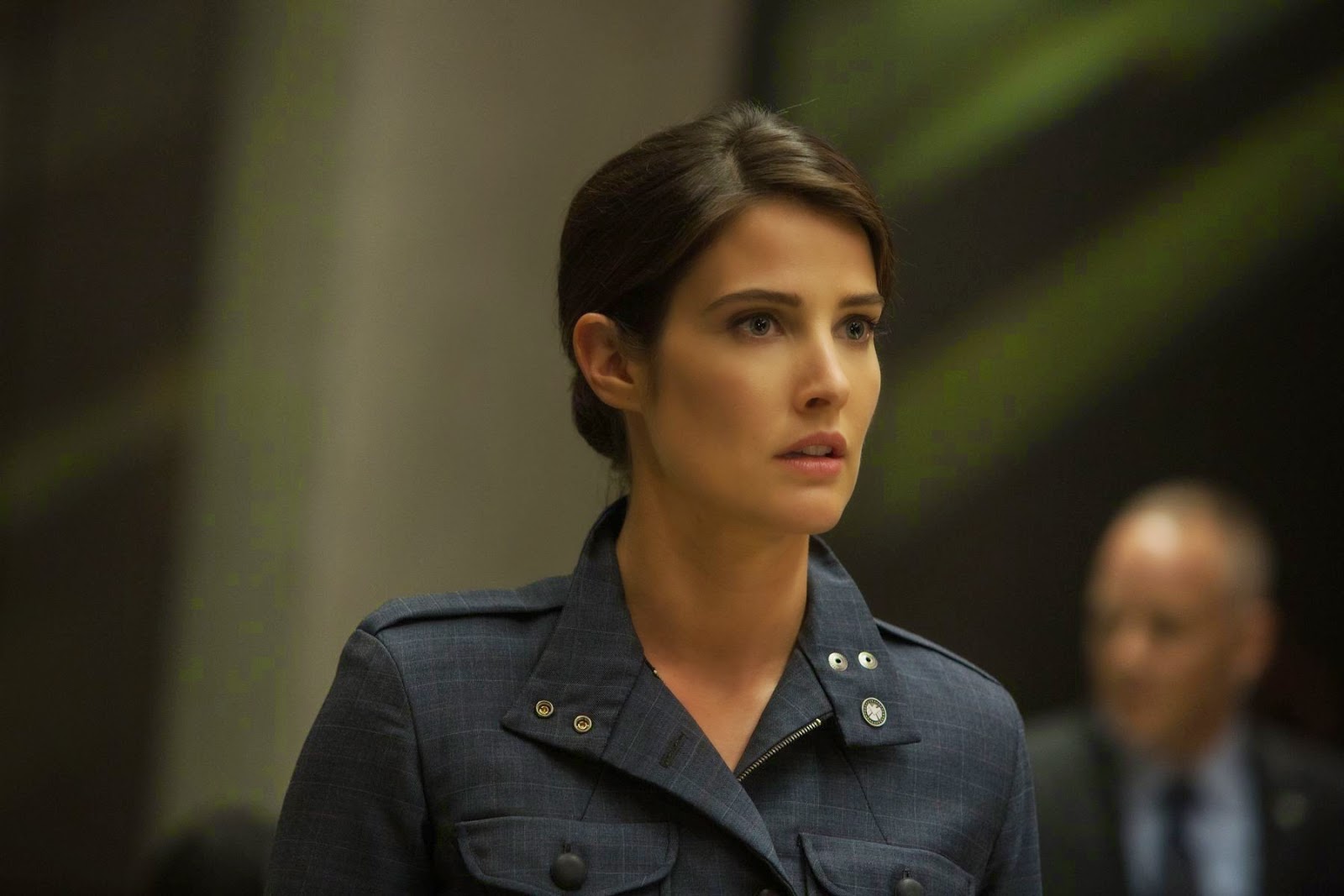 The plot was really 30% of it and action was the other 70%. Which, I will admit, in an action movie is required, but when we have seen comic based movies that focus on character development rather than cool action scenes then for me the action alone starts to become boring. In the Avengers we didn't have time for each individual character and yet I feel like we found out more about Steve Rogers there than his own movie! Captain America went from a man who cannot cope with the 21st century and his trust issues to a man who cannot cope with the 21st century and now trust 4 people. What a f*cking achievement! I actually paused this movie 3 times and thought about not finishing it! Which for me is a horrible thing to say because never in my life was I so bored of a movie this much! And let alone the plot, that hair... Who thought that this hair looks good on Scarlett Johansson? It looks like a wig and if it is a wig, then it is a horrible one at that! I kept wanting to touch it, to mess it up a little, to make it look less, you know, dead! 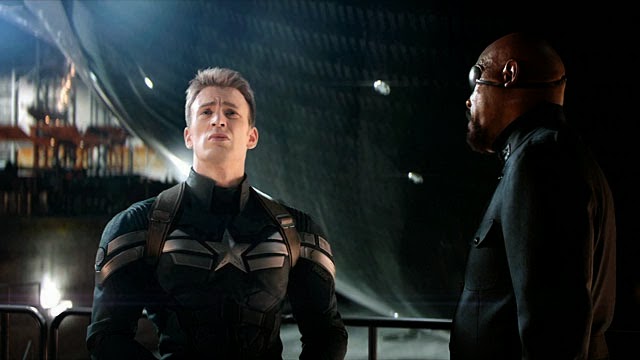 But, I don't want to be too harsh on it either. Every single scene that had Maria Hill made me shiver and the Falcon looked really great. Other than that, the dialogues between Captain and Black Widow were written very well and I found myself giggling at a lot of small puns. Not to mention that Frank Grillo was a great cast for Brock Rumlow and seeing that he survived the explosion, I really hope they bring him back! And, in the end, it really was Captain America being Captain America: The fight scenes were very cool and the way he used his shield would've made any comic fan piss their pants!
Other than that the movie was ruined for me as I know that Chris Evans will stop with the CA movies so anything that can be continued might never actually be continued... This pretty much ruined any cliffhanger for me as I kept thinking: Or not. The casting was great, I cannot complain, and overall every character was true to themselves. But is that enough? Not for me.

Watch it? If you insist on seeing every Marvel movie, then don't miss it. But if you have such high hopes as I did than you are bound to fall short. I keep wondering, whether or not I would've liked it more if I saw it in the theater. I guess we'll never know. If you ask me, this is just an action movie and nothing more.*

*The best action scene was the one where they tried to kill Nick Fury! That one was awesome! If it had more stuff like that I wouldn't complain!