I watched this movie exactly three days ago. A friend of mine, who is a huge Stephen King fan, told me to see it as it is the best. I had come across the poster several times, and I like the lead actors very much, but it never occurred to me to watch it. First of all, I don't care for Stephen King. I realize I should probably read his stuff, I plan to, but the adaptations I've seen so far made me anything but interested in him. My literature teacher did make us read from him a short story, 'Night Surf', which quickly became a favorite, so I realize that I should indeed read more from him. And I'll get there, but before that I had to watch this movie, because I promised. 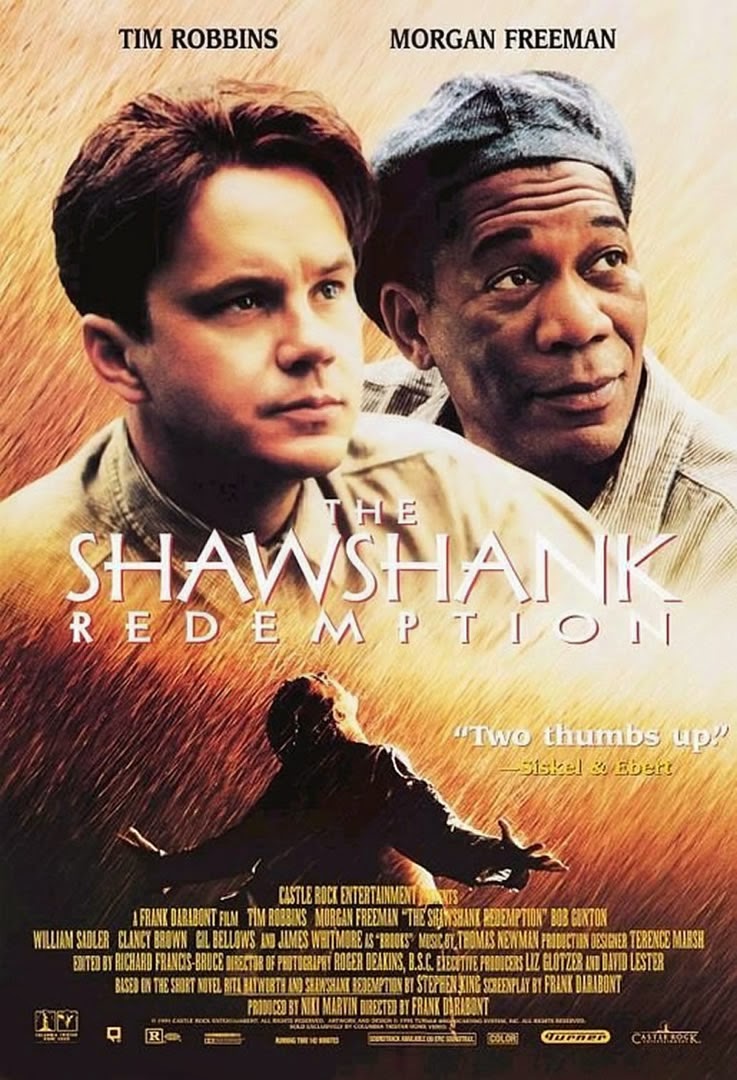 Andy Dufresne gets sent to prison for murdering his wife and her lover. He claims to be innocent, which we find out 20 years later that was indeed true. In the meanwhile, however, he makes friends with an inmate called Red - the guy who can get you things - as well as the warden and the guards. He used to work in a bank and the tax returns as well as some money laundering comes in handy with an inmate who's got nothing but time. But knowing he is innocent, he grows tired of being a puppet. He did blame himself for the death of his wife, but he does feel that 19 years were enough of a payment for all that he did wrong in his marriage. Andy escapes Shawshank prison and takes off with the warden's money only to be reconciled with his good friend once Red is released for good behavior. 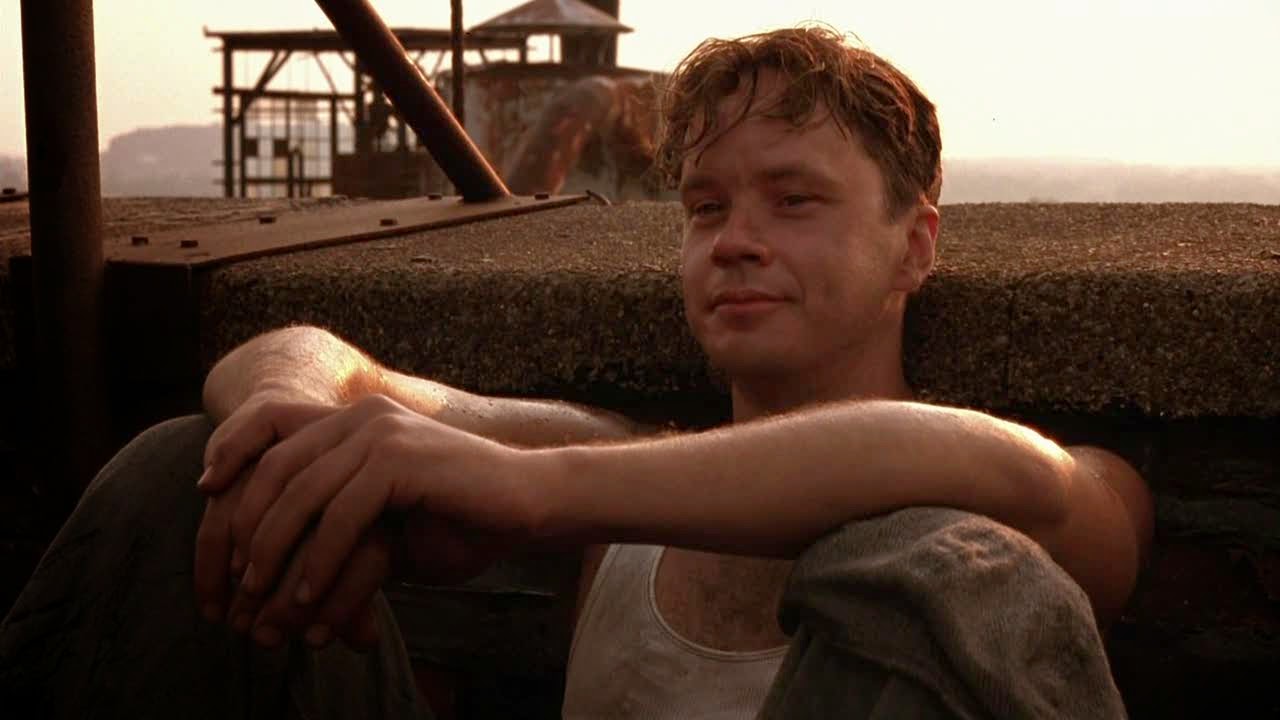 First of all, this movie has a 9,3 rating on imdb. I don't think I have to tell you that it was good. It is very sad, with a positive ending, but when you think about it, it is simply horrible. I've seen many movies - and series - about prison and well, none of them really made me easy about the situation the men are in. It makes you question the system, doesn't it? This story in particular does for sure. Let alone the fact that you keep asking yourself at certain scenes, where exactly the guards are when inmates start beating the shit out of each other. And on other occasions you see that the guards are on some levels just as horrible as the inmates that are behind the bars. So really, is everyone on the right side of the wall?


"If you ask me, I think he just did it to feel normal again." 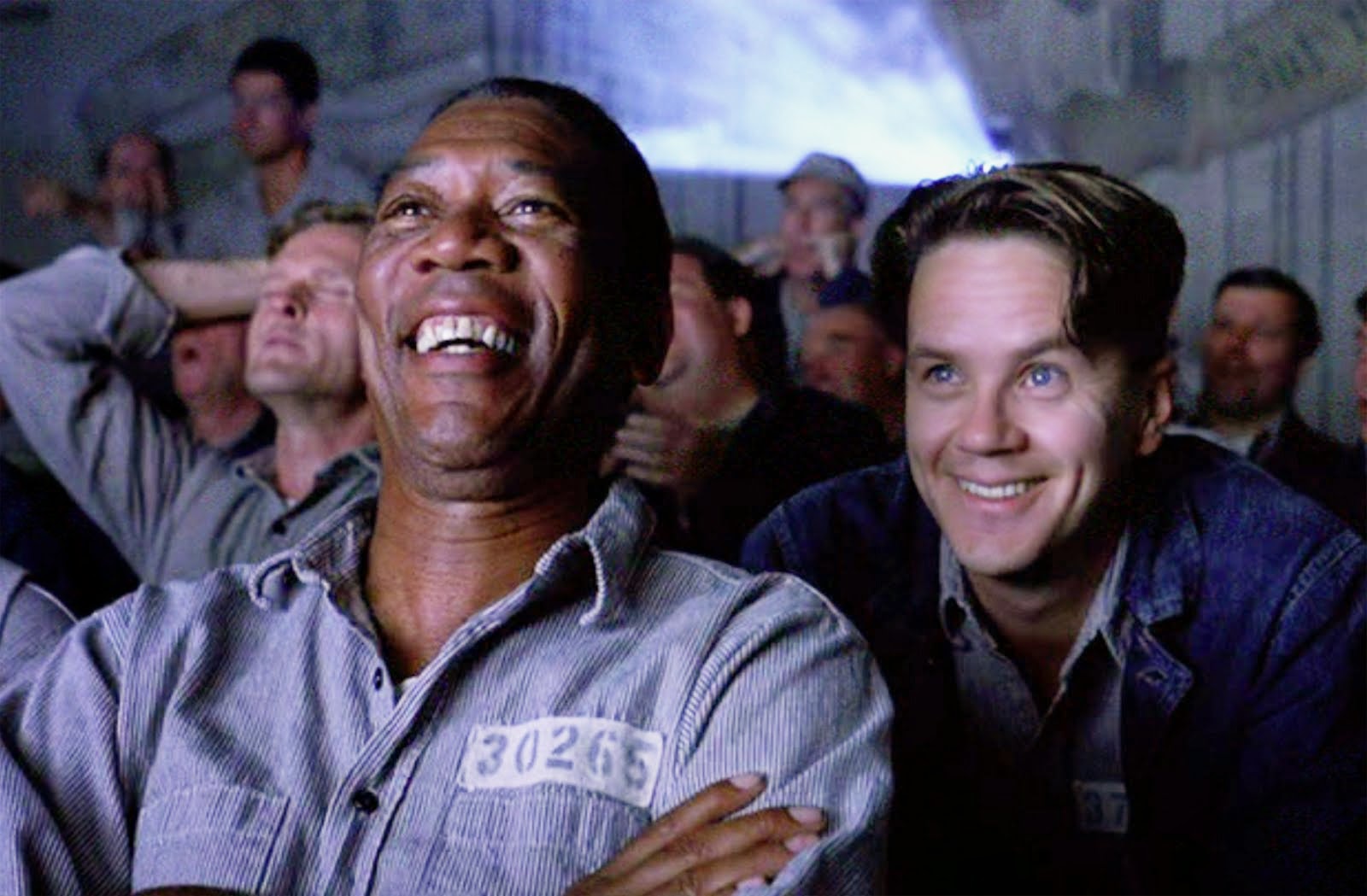 What my sister critiqued about the movie, was that there were so many things that worked out just the last minute. Too many coincidences, she said. Him getting the last cell on the floor and then being able to use the rock hammer, and then the storm that covered the noises he made and so on... To be honest with you, I didn't mind. I felt that he didn't know anything and he made the best of what he had. This to me was proved by his surprised face once he realized that the wall could be maneuvered with the rock hammer. He was so surprised as he only intended to do his little hobby. From then on he realized that perhaps there is a way out. He made the best of what he had and he did good. He did really good, but his anger was fueled nonetheless. It was understandable that despite it all he would just dig and dig. To tell you the truth, I didn't care about the series of fortunes that helped him in escaping. No, the thing that got to me the most from the whole movie was the friendship Andy and Red had. They had a natural bond, which started off with a bit of distance, as it would in real life. I think that was it, the fact that their friendship could've existed on either side of those walls. It was something to aspire to in real life!


"A little place on the Pacific Ocean. You know what the Mexicans say about the Pacific? They say it has no memory. That's where I want to live the rest of my life. A warm place with no memory."

What have I learned from this movie? I am almost certain that this movie is to blame for all the narrations Morgan Freeman does! Other than that, the prison culture alone is quite magical. I mean that it is something that we don't think about as much and perhaps we should. It is also something very under the radar for the everyday person. I know that this depicted a certain prison at a certain time, but as I said before, it is still something to think about. The other conclusion I've come to is that I should read more King. Like right now!

Watch it? Don't watch it? Oh, who am I kidding, you've already seen it, didn't you? Watch it again then!