What's Next On My DC List? (Cartoon Movies) The Flashpoint Paradox and Justice League War

As you know I am a huge fan of comic based cartoons! I always hated that Marvel doesn't care about it as much as DC does. I see that the big blockbuster movies pay better, but still, I know grown men who enjoy the cartoons just as much as the live-action. And, to be honest, I like them a lot more... So I was thrilled when I heard that there was going to be a cartoon with my favorite hero, the Flash and another Justice League cartoon based on the latest designs of the characters. Let us get into it right away: 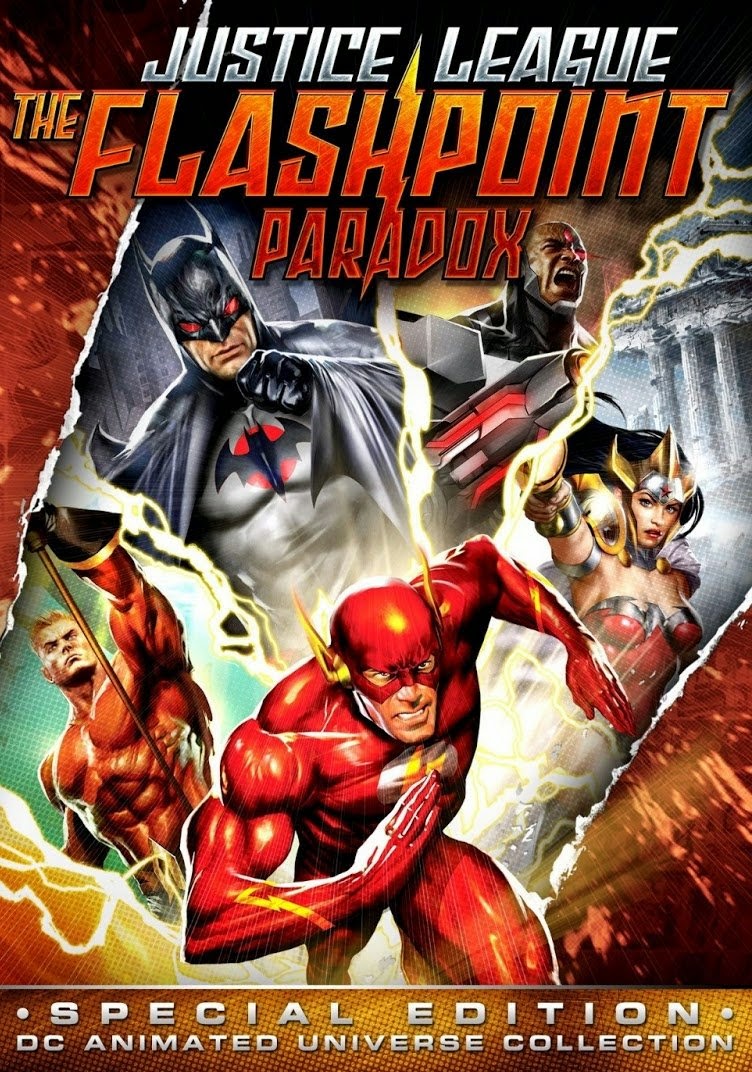 After a successful night of crime fighting, Barry Allen wakes up to a whole new universe where he is powerless. While looking for answers, he tries to find Batman, but he only finds another man under the mask, his father Thomas Wayne. In this alternate reality it was Bruce who died and his father turned to solving crime in a different way during a raging war between Aquaman and Wonder Woman. 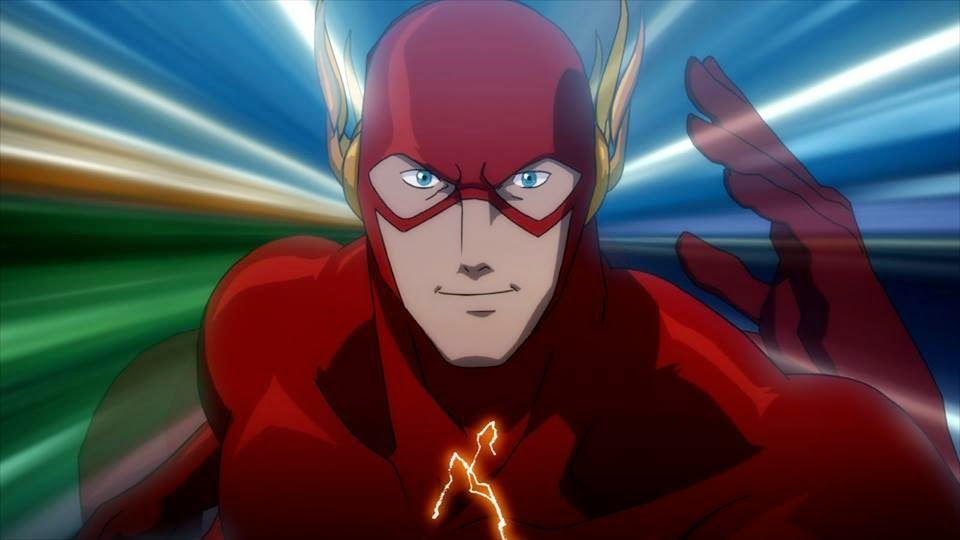 Barry believes that it was his arch enemy, Professor Zoom who went back in time to change the past, and he tries desperately to get his powers back. Batman helps him to do this and they discover that Superman did arrive, but he was captured before he could find his adoptive parents. He was used to create weapons and Barry saves him and he helps them to stop the war that caused so many lives. On the verge of death, Professor Zoom appears and Barry confronts him about changing the past. The Professor laughs at him, for not having realized that it was him who changed the past. Barry went back in time to save his mom, who was killed one afternoon before his birthday party. By saving just one life, he jeopardized that of so many others and caused for the Justice League to never be born to begin with. 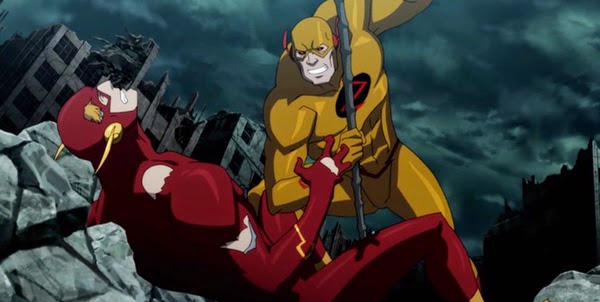 Although at a great cost, Barry stops himself before changing the past and all goes back to normal. It hurts him deeply to have lost his mom all over again - which I believe was one of the most touching DC stories ever written - but it helped him realize that he doesn't have to blame himself for her loss. He was not meant to save her to begin with.
This was by far my favorite DC cartoon so far. We have seen alternate universes several times, but there is something a lot more interesting in having put a heroes conscience and actions on the line. The fact that it all came from trying to do something good, actually put a lot more weight to the story. Unfortunately people don't care about the Flash that much, but I love him dearly and I really enjoyed him being in the center of attention for once! It truly shows that he is a very important member of the Justice League! 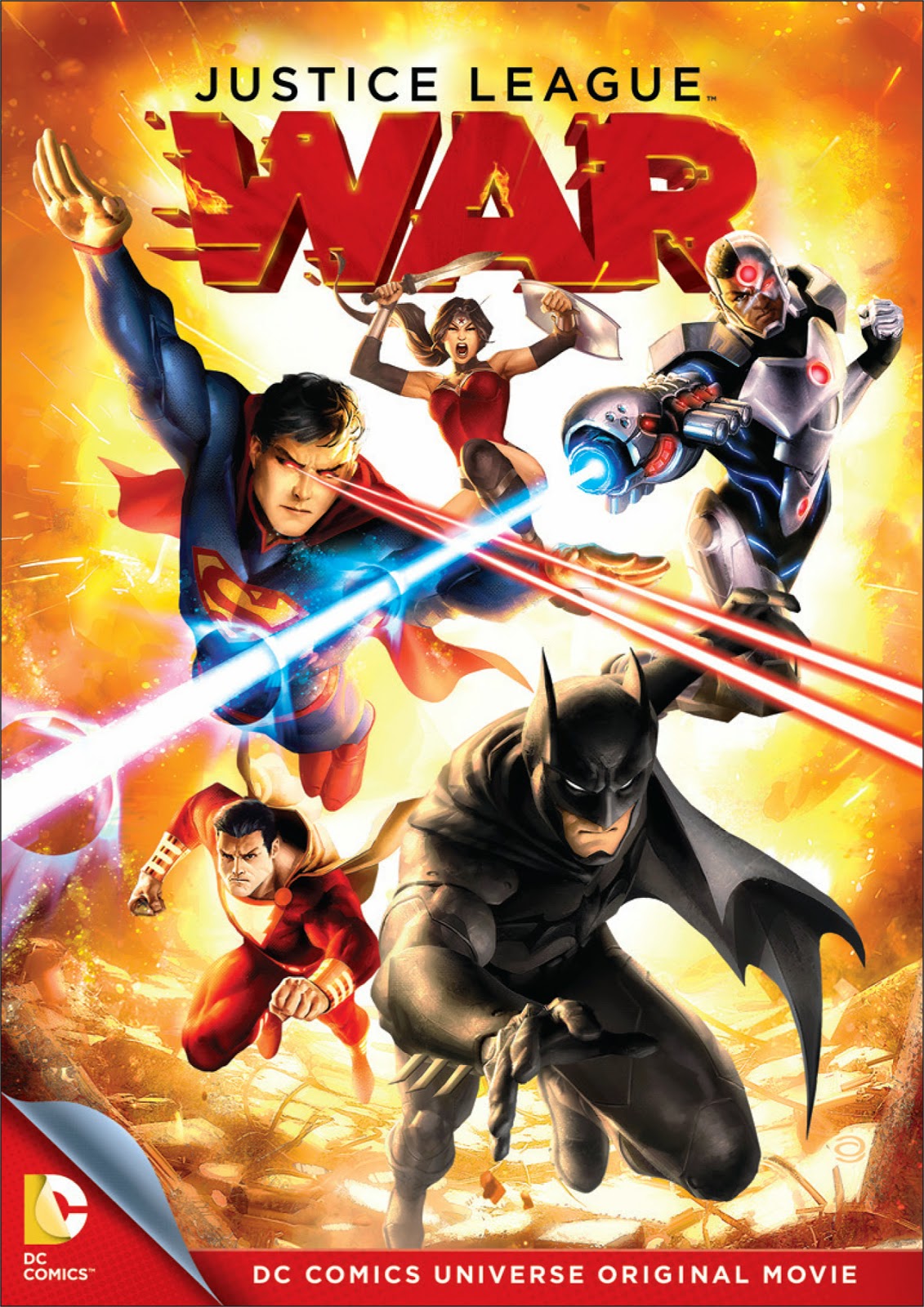 The Justice League, still not assembled before, joins in a fight to stop an alien invasion of earth. The Batman is a myth; Green Lantern is still arrogant with powers; Wonder Woman is thought of a destroyer, rather than a hero and Superman works for the government. Arrives Cyborg, who craved his father's attention so bad that he ended up being just another experiment, now doted with alien technology. 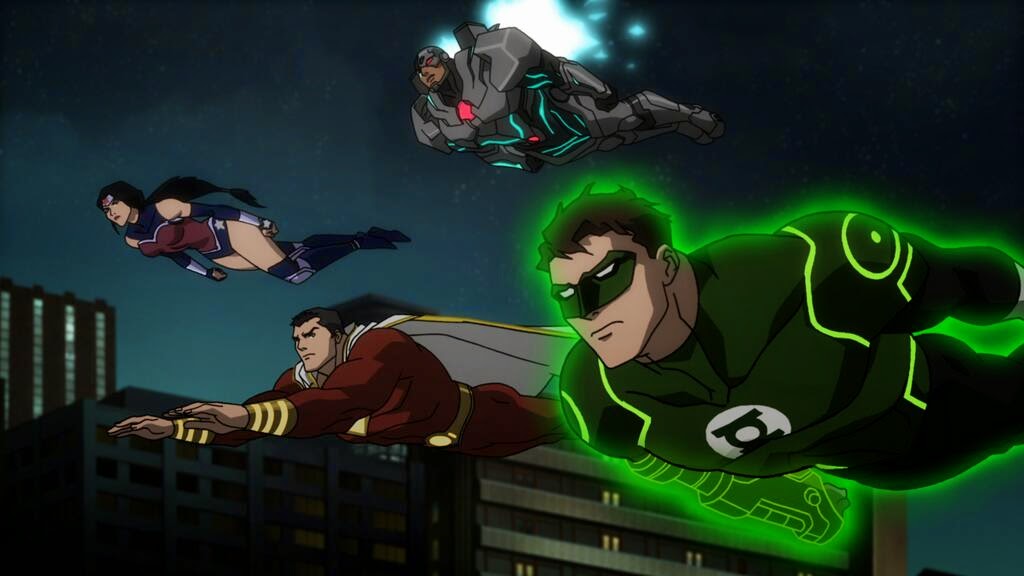 At first, one vigilante against the other, but then combined to fight off the common enemy, the Justice League must result to Green Lantern's guidance while Batman retrieves the captured Superman.
The cartoon is essentially another origin story, but it is great at that. There is always another common link that brings these heroes together and that's a great thing to discover over and over again. I especially love how they get to know each other, for example the fact that Batman has no actual superpowers always causes a bit of controversy among them, and the lesson always is that they are all heroes as heart! And each movie tries to find a balance between the screen time given to each hero, and in this case the focus shifts onto Green Lantern. I think that was a great change as he too, just like the Flash, is mostly thought of as a background character. I really liked this cartoon, although for me the alien invasion angle is getting a bit old... But that's just me! It is a great story nonetheless!


So make sure you check them out as soon as possible! I am have been trying to force it down my best friend's throat for over six months now, but he just won't allow for the awesomeness to flow in... but I'm not giving up! The first is a great spin on a classic tale, while the other falls on the line of fun origin stories, with heroes whom we all love!