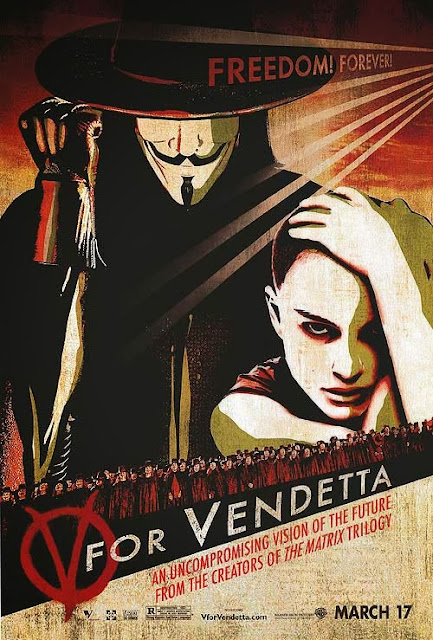 This has to be one of my favorite stories, along with George Orwell's Nineteen Eighty-Four and of course Suzanne Collins' The Hunger Games Trilogy.
Personally I do hate those kind of future stories where the world turns dark and everything is filthy and it is all just one big subliminal message of: We humans destroy everything, because that is what we do with our trash and not caring! 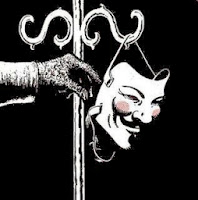 On the other hand the idea of a tyrant government taking over and Parliament completely losing its power and become just an excuse for the people in power appeals to me a lot. And when you think about it, this story was based on a real historical figure by the name of Guy Fawkes - the mask in the movie is based off of his real face - who in 1605 planned the Gunpowder Plot along with others, but failed in the end to blow up the buildings of Parliament. Despite his failure, the King wished to celebrate the fact that he failed and the citizens lit bonfires around London. The present-day Guy Fawkes Night is usually celebrated at large organised events, centered on a bonfire and extravagant firework displays. So, even though I have never taken part in this celebration, I did wish to speak about this movie for quite some time and what better way to do it then on the anniversary of this great historic event! 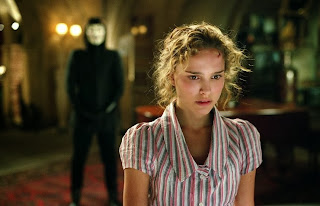 The movie is based on the graphic novel by the same name. The story is about V, an experiment gone wrong who sets on destroying his makers along with the tyrants that decided to rule the country. The government itself is proven to be responsible for a catastrophe that lead to the death of thousands and it was used as a tool to infer fear upon the rest of the population. During his plan of destruction, V encounters a young girl by the name of Evey who too is lost in the world as she was orphaned during the catastrophe. V takes her in and teaches her not to fear anything and she learns to live the way she had never before. Thankful for V's help, she helps him in achieving his goal and the movie ends in fireworks as the building of Parliament blows into pieces. 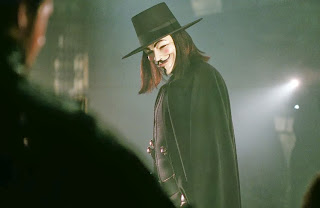 As sad and disturbing as it sounds, I always believed that a man's want of power is a much stronger force than anything else in the world. As in, if there is anything that will cause chaos in the future, it will by the hand of tyrants and not by us not recycling properly! That is why, as horrible and creepy they are, I still love these twisted stories. I am currently reading the graphic novel and I gotta say that it is very dark. Not necessarily darker than the movie - that is actually one of the things I loved about this movie. Finally you have good material - and mostly movies have great source materials - and they use it! They realized the potential and also understood that by using that material you can creat something that will appeal both to the fans as well as the new audience. 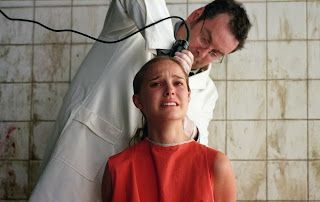 I do admit, that graphic novels that have a set start and a finish are easier. With other comic books you can hardly recreate a story without some background or the necessary, but very boring origin story. Yet when you look at Watchmen, again you had a great source material and well it cannot be put next to each other. Perhaps I am crazy to say, but I believe that graphic novels are a way better source and people can be more picky if it is screwed up, rather than with comic books, where really any interpretation is as good as the original! 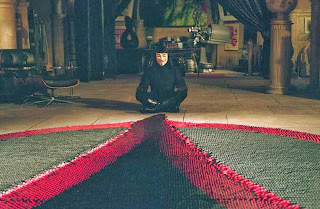 I really love this movie. I don't know why, as it is terrifying in the sense that it gets into your brain and messes you up really good - still, there is some serenity in it. You immediately find the likable characters and you know who your hero is and who is just a casualty in this war. Also, I find the idea of just a single man standing up for his belief and taking down a tyrant to be exhilarating! Why should someone be able to control others? Who gave them the right, really? The story teaches you to hope and to stand up for yourself - even if you do it behind a mask to protect the ones you love: Governments come and go, people stay.

Happy November the 5th to you, if you would like to read up on the this holiday, Guy Fawkes Night, click here for the Wikipedia article! I, on the other hand, will put on my own mask and scare the crap out of my sister!