FRESH FROM THE THEATRE: Thor - The Dark World

I very much enjoyed the first movie, even though I was forced to watch in unbearable 3D (click here to read my review!). Honestly Thor never made me much interested when he is outside of his own universe, and if you have read my comic reviews you will know that I am sick and tired of the heroes destroying famous landmarks! When I read comics I am transported to another world and that's what I want from the movies as well! I get why they feel the need to do it, but I still prefer it this way. Personally I think that one of the reasons why Green Lantern (click here to read my review!) failed was because he came back to Earth instead of staying for a larger part of the movie on planet OA. Either way, when I saw in the trailer that we are in Asgard - I said to myself: Yes, let's see this on the big screen! 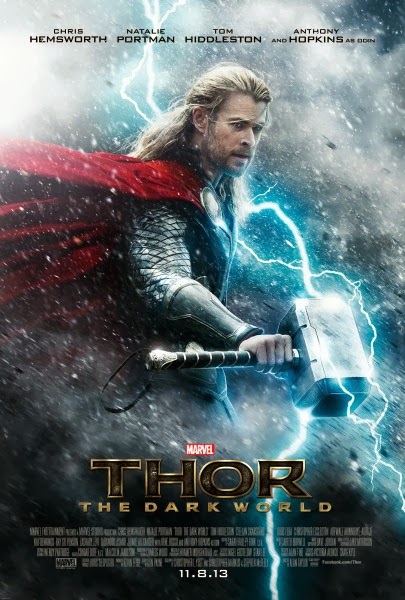 Thor is about to become king, but the harmonic convergence is upon them and he needs to first restore peace. The convergence happens only every 5000 years and during it the nine realms aline and become extremely vulnerable. One man tried to destroy all of the universes during the previous convergence - a dark elf by the name of Malekith. 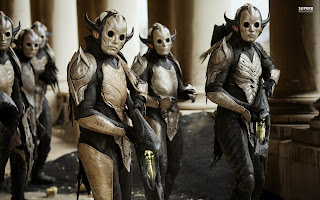 While investigating the changes the convergence brings about on Earth, Jane Foster shifts to a parallel universe where she finds the Aether - the weapon Malekith needed to bring about his destruction. Although the dark elves were believed to have been extinguished, they are actually awoken when the Aether enters into Jane's body and they return to continue their mission of destruction. After finding out that something isn't right, Thor takes Jane back to Asgard, where the elves in her pursuit attack them, almost destroying the whole city. Not being able to convince Odin of letting him take Jane away again, Thor turns to Loki - locked up in the dungeon - to help him take down Malekith without causing further destruction in the city. Although it seems impossible to stop Malekith, Jane does figure out that if they can distract him for the eight minutes of the convergence than he loses his opportunity to cause destruction. Thor refuses the throne, as he realizes that he will never be happy without Jane and so he returns to Earth to be with her. I loved this movie. I tell you, it was better than the Avengers! The serious moments weren't forced or just big clichés - and the comedy? I laughed hysterically at so many things, I don't even know where to begin! Let me say, that the fact that I didn't need to watch it in fake 3D probably added an extra kick of pleasure to the movie. And above everything else I just realized what it was that I missed so much from the Avengers: character traits! I get that Thor is really a secondary character, but when we make his brother the main villain, perhaps we should let him be more in the spotlight? And the same goes with Loki - god of deception my ass, he twice transported and then was beaten to a pulp. And here in the movie they let them be who they are: the God of Thunder and the God Of Deception. 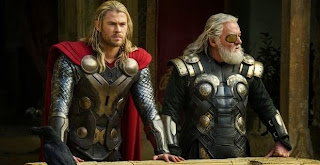 Not to mention that even though London is a famous city, no well known touristic destinations were destroyed during the last battle, which honestly made me simply ecstatic! I could still relate and care about the fact that our heroes are trying to stop someone evil - without seeing famous buildings torn apart. I don't care for Earth, I might have mentioned that before and the fact that we were in Asgard for over half of the movie really made it far more enjoyable. And above everything else I loved that their parents got a bigger role then in the first movie. They are such strong influence on both of them and it would've been a complete waste not to show them in their everyday life. 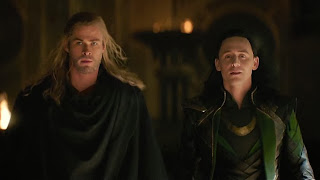 And yes, Loki was the best thing in all of the movie - and the writers and directors knew that very well. They knew that the fans have grown to love him even though he is the villain and they just let Hiddleston make the best of the character. I've read blogs where people argue that he should be killed off or that he doesn't need to return - but think about it, does he ever die in the comics? He is part of Thor's life even if he doesn't appear on Earth anymore, that doesn't immediately mean that we have to kill him off. We have come to a point where I am pretty sure that people wouldn't mind seeing a whole movie with just Loki in it! And you know what? Villains don't get movies while they do get comics, so how'bout it Marvel? Trust me, your income will increase! 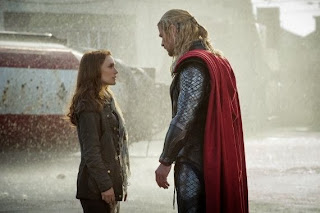 I'm not going to tell you what the ending was, but if you paid attention, I am sure that you already figured it out. That said, I have been trying very hard to come up with something that was wrong in the movie and I have come up with nothing. SPOILER ALERT - the scene in the credits is not for the next Avenger movie, but for Guardians of the Galaxy, so if you are not sure what is going on, just do a quick Google search. I personally I used this article, which helped me a lot: click here to read the article by Drew McWeeny on hitfix.com. An most importantly, the credits end in "Thor Will Return", while three years back it was "Thor Will Return In The Avengers" - so either there is an extra movie somewhere or he will he guest starring in something else? Who knows :)

So, I believe that this movie is completely worth watching in theaters, I don't really see why one should skip it. It is for me personally the best one out of the franchise so far. And I missed Natalie Portman so much and she was great in it! If I get my hands on some more money, I'll be sure to see it again on the big screen!