Don't know what to watch this Christmas season? Tired of the typical Hallmark and ABC channel movies that have no really story behind them? Well, let's list a couple of things that are worth watching this holiday season! 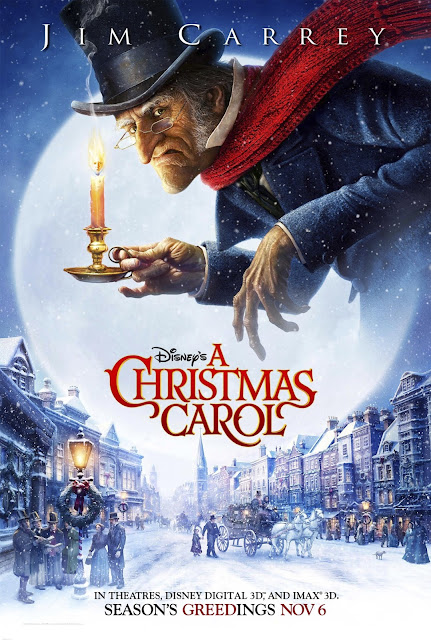 This is an obvious choice, a definite classic. What you do need to check out is the latest 3D version with Jim Carrey's voice acting as well as the Disney version. These are great fun for both adults and the children. Or, if by any chance you are bored with this tale, check out Blackadder's Christmas Carol, which features the exact opposite of the story and creates occasion for great comedic elements! You won't be disappointed. 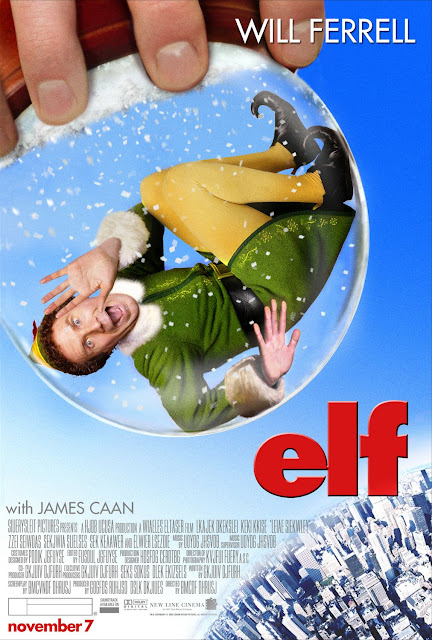 Buddy, a human raised among elves if sent back to the US to look for his family and well, a place in the world. This is a great comedy with Will Ferrell and one of my newest and most favorite comedic actresses, Zooey Deschanel. The story is just fun and moving. It is not your typical "the magic of Christmas solves everything" story, and it leaves the audience wanting more. This is definitely a keeper for me! 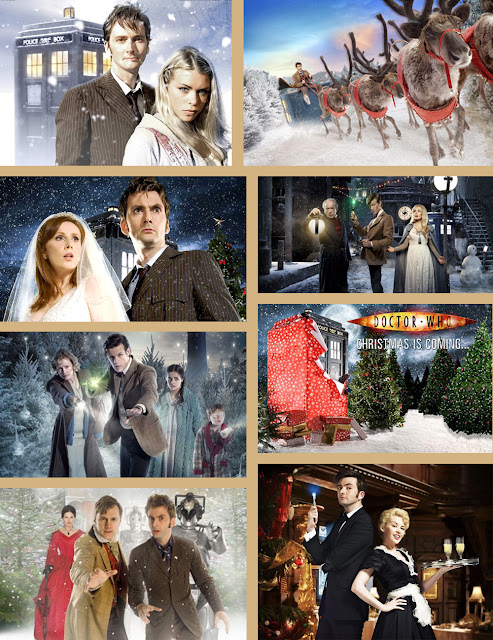 I was thinking very hard about choosing one that I love, but it was literally impossible for me to do that. I very much loved David Tennant as the Doctor and he has more specials then the current Doctor, Matt Smith (I love him too!). In the first one he has just changed bodies (The Christmas Invasion); in the second a mysterious woman gets transported into the Tardis (The Runaway Bride); in the third he embarks on a trip on the Titanic of the future (Voyage Of The Damned); lastly, in the fourth he finds a man who believes he is the Doctor in Victorian England (The Next Doctor). After that came the body change and Matt Smith took over. His third special is coming out this year, but the first two were quite fantastic two: he finds a world governed by an evil man, who was crippled by his father and he uses the well known Dickens story to change his mind (A Christmas Carol); a family that escaped from the war torn London gets a visit by our own Doctor as he investigates something strange (The Doctor, The Widow & The Wardrobe). 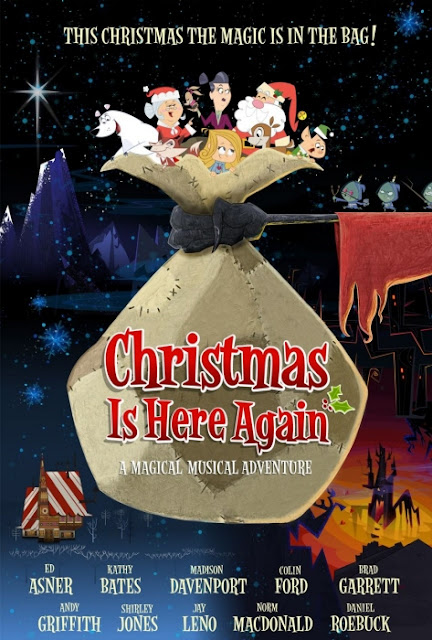 This is a charming little story of a young girl who helps Santa Claus find his lost sack, without which he cannot deliver his presents. This is a great little story, I am sure that any and every child would enjoy it. Unfortunately, it tries to imitate a bit the well known singing Disney style, and well, the songs aren't even worth mentioning... but otherwise I really love the way it was drawn, the story and the overall feeling I get when I watch it! 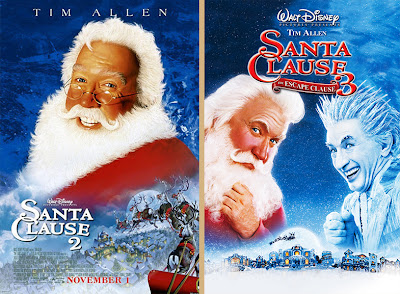 I love Tim Allen. I do not like his career choices, and I am pretty sure that if I were to actually follow most of his work I would be disappointed. But he cannot go wrong when playing Santa! I love the second story because one of my favorite actresses, Elizabeth Mitchell, stars in it and I love the third one because of the whole idea. The second has a complete story line that I do no like one bit and I always skip with, while the third is a bit goofy but still very enjoyable. I most of all love that the moral of the story isn't that Christmas saves everything! If you want things to go right, you have got to get up and help them along! And I think that is a great message. And the stories are original! I also very much love the chemistry between Martin Short and Allen! This is from the TV released holiday movies, but it is by far the best one! It of course centers on the "I wish it was Christmas everyday" theme, however this wish comes true for someone other then the person who wished for it. In the movie, Kevin has just divorced his wife Jill, but he goes up to see her to wish Merry Christmas to his son. He gets trapped here, forced to spend Christmas with the in-laws who hate him, Jill's new boyfriend and very disappointed Ben, his son. After several and countless Christmases, he finally learns his lesson. 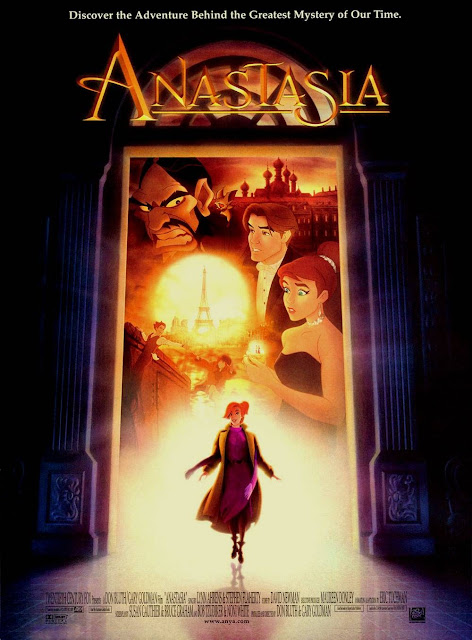 I saw this movie in the theatre when I was six years old! We are currently having a discussion in my house to see who remembers, but we think that this was the second movie I have ever seen on the bigscreen, and up to this day I can still recall the terrifying feeling I had when Rasputin gets a hold of little Anastasia's leg and tries to rip her from her grandmother's hands! Brr..... anyway, because of its snowy Russia in the beginning and of course the main song "Once Upon A December", this has been a Christmas favorite of mine. 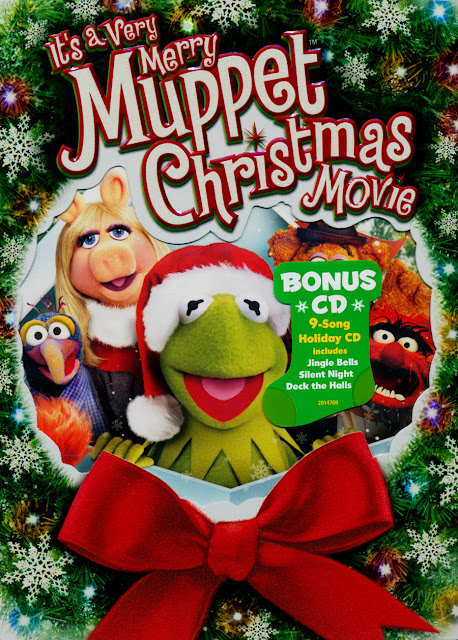 If it comes to me, you can't really go wrong if you put the Muppets and Christmas together. This one in particular copies the classic tale of It's A Wonderful Life: Kermit wishes he has never been, and an outside helper shows him how much greater he has made everyone's life by just being in them. This one I love in particular because Joan Cusack plays the villain and she is quite hilarious! She is definitely one of my favorite actresses! 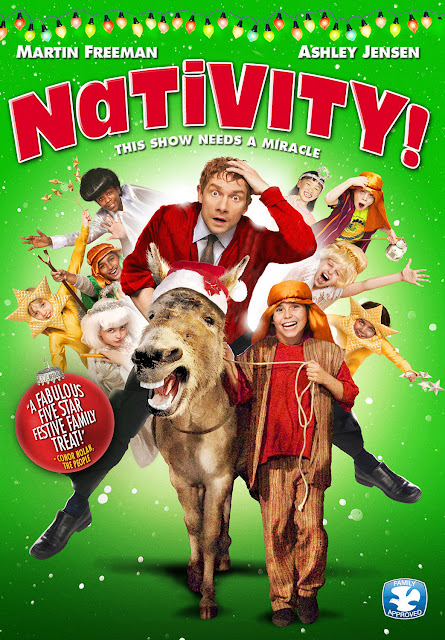 A heart warming Christmas story, with one of my favorite British actors, Martin Freeman. Here he is an elementary school teacher who has lost his love for Christmas after a serious break-up. Now, the principal in his school is forcing him to direct the Nativity play even though his previous attempts have been disastrous. This is a great story as it isn't your generic American holiday movie, make sure you check it out! 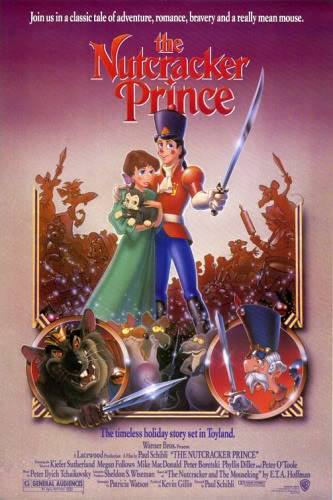 This might not be the best adaptation of the world famous and classic Nutcracker, however, this cartoon is the one I grew up with and up to this day it is one of my favorites. It is a bit goofy, and here and there the jokes fall flat, it is very family friendly you see. But altogether I find it to be plenty amusing and although scary toward the end, it is still a great children's movie for the holidays! 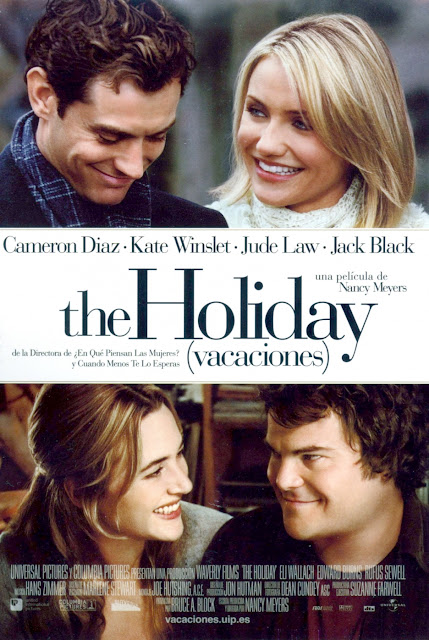 Great cast, great story, great script. Beautiful scenery none the less, and it rubs itself into your heart like a cute warm little puppy! This movie is a definite 10/10. GET IT NOW! 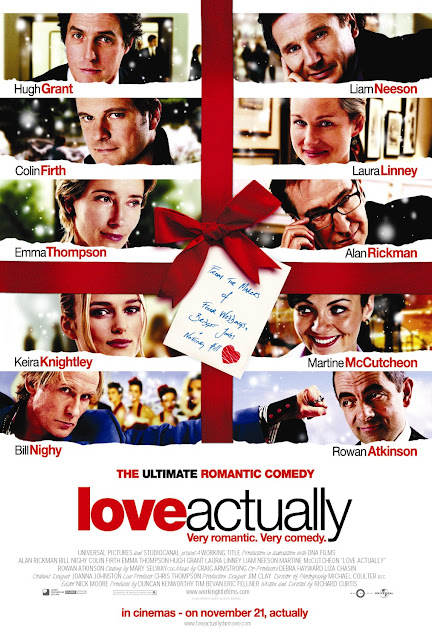 The British have the talent of using multiple story lines, keep you interested, make you like all of the characters and make sure everyone gets from point A to B. This is something the Americans are awful at, as they go way into the artistic bits and those become tiresome. This movie has become a Hungarian classic, Italian too as far as I can see. I have not met anyone who didn't love it, and I share their opinion. Heartwarming? Definitely. Funny? Hilarious indeed. Make sure you get it as the DVD hides deleted scenes that are worth seeing!

3) While You Were Sleeping 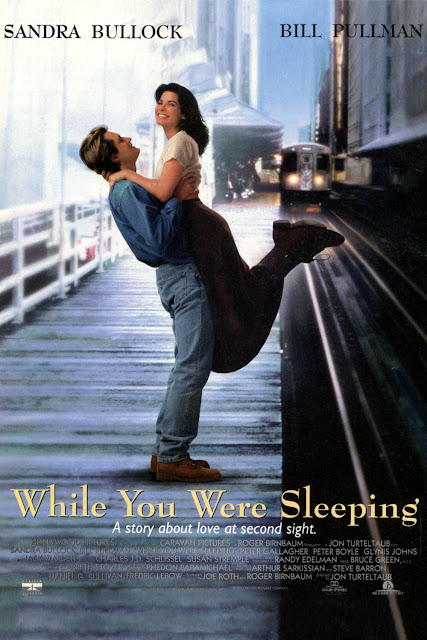 This used to be my sister's favorite Christmas movie. And we watched it so-so many times that I fell in love with Sandra Bullock, Peter Gallagher, and Bill Pullman none the less. We had it with Italian dubbing, and they pronounce her characters name, Lucy, as if it were written 'Loosy', and we always enjoyed that. It has several great comedic elements and it is one of the most endearing romantic movies, and a great Christmas movie too! 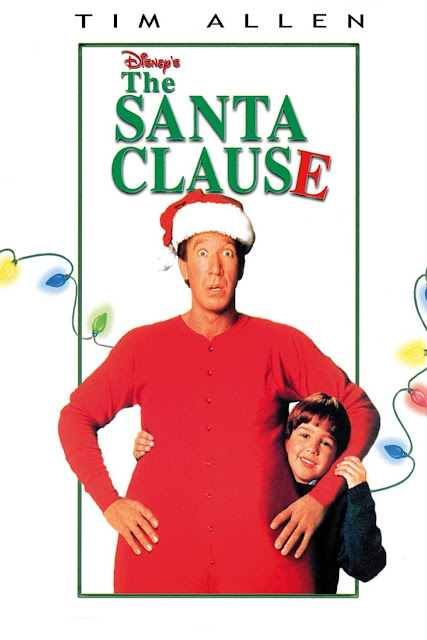 Here we are indeed. This is also a childhood favorite of mine, but for several reasons! Again, Tim Allen is great. Second, his chemistry with all the other characters, not to mention the whole idea of the story I think is plainly genius. Thirdly, and most importantly, I love that the elves are all little children. I actually hate movies where they are a mixture between gnomes and short men... I mean, that's just gross, why are these people making toys?? Anyway, great music, several jokes and great execution. This is a forever classic for me! If it is not on your shelf, trust me, you are on the naughty list! 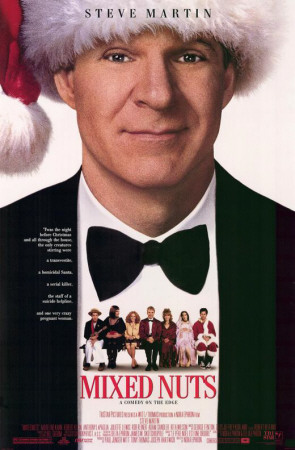 Where can I start? This is by far Nora Ephron's best work. I love everything she does and this is still the favorite! The events focus around a crisis hotline business on the night of Christmas Eve. They are evicted and their boss, Philip, doesn't quite known how to break the news to his colleagues. Their adventure includes two noisy neighbors, a couple struggling to stay together despite their economic troubles, a very tiresome co-worker, a love triangle and a transvestite, who for some reason wishes to spend her holiday with these nuts!
This is probably the funniest movie I have ever seen in my life. The 5.0 rating on imdb.com is simply rubbish! (Or perhaps the Hungarian dubbing improved it... I'm not sure.) This is definitely one of those movies you need to check out for yourself! It is hard to find, but definitely worth it! Me and my family have watched this movie every December 23rd for the past 15 years! YOU NEED IT!


These are my favorites, what are yours? :) 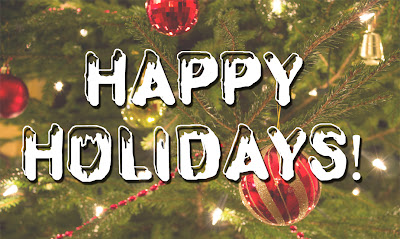