What The F*ck Is This Sh*t: On Disney Buying LucasArts

This post is about the internet outrage rather than an actual rant. I am happy this happened and down here you'll find exactly why:

People keep crying because Disney bought LucasArts. I honestly think it is a blessing. Let us recap what we have seen so far:

So, what could they possibly do that would be so bad? Everyone has experienced that if George Lucas actually had the money and the resources in the 70's to make the movie he really wanted it would've been, simply put: SHIT. Instead we have two trilogies, one is the classic for the older generation and the other is a classic for mine. 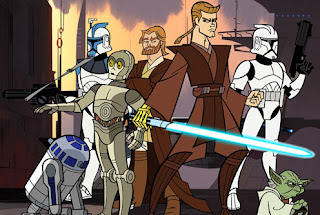 I personally like the first three episodes, you might know if you have read my Why Should You Enjoy Star Wars Episode I, II and III In Spite Of Public Opinion (if not, click on the title to read now!), what I hated is the The Clone Wars cartoon. I did not see the need for that, seeing that there already was a cartoon that explained what happened (Star Wars: Clone Wars) and it was a great cartoon. Not to mention that the drawing style I think was far better than this fake 3D-like-animation, which is probably the biggest shit I've ever seen.

Ever since Episode III has come out, the only thing I have noticed is that people want more movies. Instead, Lucas kept giving us great video games and horrible cartoons. Why? Beats me! When I heard that Episode VII was going to be made, my only thought was: AWESOME. I have wanted a a seventh episode since I can remember! 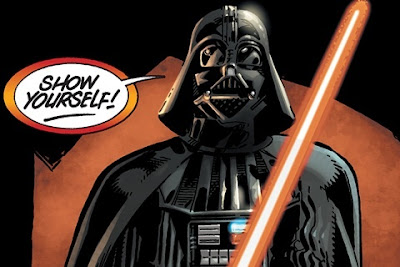 After the first time I watched the original trilogy, my brother gave me Dark Horse comics that talked about what happened to our favorite trio after the Deathstar had been destroyed. It was one of my favorite comics and one of the best stories.
I actually came up with a story myself at that time: we are 30 years after the end of Episode VI, and our favorite trio of Mark Hamill (Luke), Harrison Ford (Han Solo) and Carrie Fisher (Leia) introduce us their children: Leia and Han's twins and Luke's child. The next generations of Jedis. Of course, I am pretty sure this will not be the story, but I can dream!

Biggest problem is that people still think that Disney means corky cartoons and Mickey Mouse, as one of my friends pointed out. That is the biggest problem. You know what Disney does? They did the Avengers. That is right, they did one of the biggest movies in history that broke every single existing record and it is probably what gave the founding for Disney to be able to buy LucasArts in the first place. They take movie making quite seriously, you really shouldn't doubt them. Not to mention that until 2015 the only thing that will happen is that you will start seeing Star Wars merchandise in every Disney Stores around the world - just like with Marvel. And remember? People called Disney stupid for buying Marvel! I am sure that they'd like to disagree with you now!
I also read comments like "Disney is going to kill my childhood". And somebody cleverly replied: "Lucas already did that." 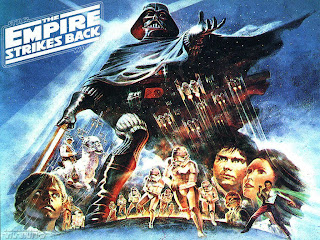 All I am saying is that maybe you shouldn't start judging too quickly. Personally I say go for it Disney! There is really nothing you can ruin anymore, after the Phantom Menace... I mean really, what the fuck is up with that movie?

PS: George Lucas is known for believing that the world will end in 2012. I was not surprised one bit to hear that he sold LucasArts. He just cashed in 4 billion dollars. I wonder when will he come back from the so called 'retirement' as a director - one or two months after realizing that nothing happened on December 21st? It would also be funny if he spent all his money until then... LOL. Either way, he became an idiot, if the last Indiana Jones wasn't a wake up call for others, for me it was a clear sign that if I want to see my favorite characters again, then somebody needs to take it away from him!

UPDATE (2015. 08) Have you seen the trailer? This is going to be the best thing ever! I am so excited, can't wait! Thank you for taking it away from Lucas! And, notice that I forecast what would happen? I'm speechless!
Bejegyezte: CsorEsz91 dátum: 5:27 PM