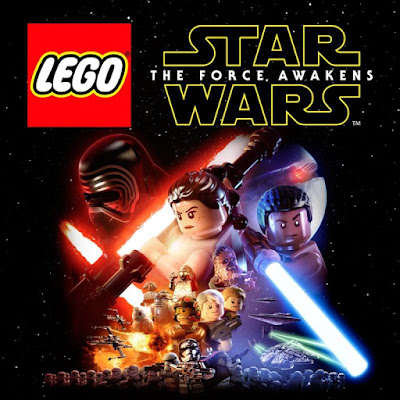 The story: Starting from the Battle of Endor, the game replays the plot of Episode VII, Rey befriends a little droid by the name of BB-8 and helps him and Finn, an escaped stormtrooper, get him back to the Rebel Alliance, to help them stop the rise of the new threat to the galaxy: the First Order.
Game play: The game replays the story of the movie, but it offers sooooo much more. First, there are three bases where you can stop and just collect money and items. And it also has a series of extra mini-mini games. I adored unlocking all kinds of achievements, some I had no idea about, and finding all the canon characters. Actually, the best part was in fact collecting the frozen carbon boxes and revealing all the famous characters, Darth Maul, Obi-wan Kenobi, Leia Organa and so on... The gameplay is clean and beautiful, it is just as great as all Lego games. 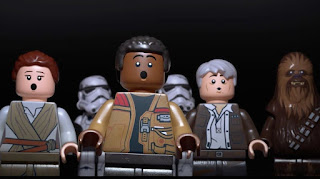 What didn't work? Achieving 100% is almost impossible on many of the stages, even after unlocking all the characters necessary to collect all items. I did like replaying some stages, but others felt neverending, and I can tell you that I cut up everything destroyed all boxes, any piece that was movable, but I still fell short a lot of times. Being single player and having to chage among characters left and right was a bit tedious on certain stages. Next time I definitely want to replay it with someone by my side.
What worked? Literally everything. I bought this game a year ago on May the 4th, and boy am I happy I did! I wanted to be immersed in some more SW games after Jedi Fallen Order and this game with its humor, colors did just that for me. I really liked the first movie of the new trilogy, it was nothing extra, but I liked the planet and the characters it introduced. This game allowed for me to see more of it and have fun while I explored. And having some canon characters available really spoke to how well they actually know their audience when making these games.

So, if this May the 4th you find a sale I suggest you take it because it is simply an adorable game that makes for a lot of fun moments while playing. With this pandemic and with video games enjoying difficulty settings that make the game near impossible - and thus not enjoyable at all - I just really had fun playing something where I couldn't die for a change.

MAY THE 4TH BE WITH YOU!