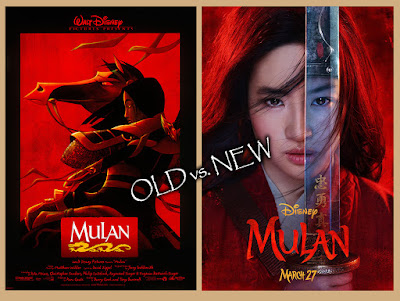 I remember, as this was the first VHS tape we got when we moved to Italy, and I just loved Mulan, really, it was unique, and fierce and just a wonderful female protagonist. We can argue all day about the issues stemming from horrible casting until recently, indeed, representation was more than lacking, and there are still fights to be won even today. That is why, when it comes to this live action version, I first of all am proud of see a cast of all Asian or Asian-American actors. There are hundreds of them in Hollywood, one better than the other. Stop just casting them in movies about the yakuza, not caring at all whether they are actually of Japanese descent. After the casting, what else good is there to say about the new Mulan? ... very few things, unfortunately. The colors were gorgeous, the costumes, make up and the environment for one... the cinematography knew what they were doing. I really liked Yifei Liu in the role of Mulan, and it isn't her fault that the script was the way it was... I also loved that Mulan's horse looked the same as its cartoon predecessor. That's about it when it comes to the positives.
Before I go on with my comparison, allow me to recommend to you the reviews of Amanda the Jedi, who also references the review of Accented Media. and finally the pitch meeting on the Screen Rant channel. All of these do a much better job at summarizing what I will talk about, and have also helped me in formulating my thoughts.

Let us look at what people loved in the cartoon Mulan:
So the new Mulan had NONE OF THESE. And I haven't even mentioned Mushu or the lucky cricket... most of all the best thing about Mulan, in my opinion, is the enemy, Shan Yu leading the Huns, who does not speak, he strikes fear in the hearts of others, he does not leave anyone alive, and he cannot be outsmarted by men. There is actually a need for Mulan, someone who does not think like men, in order to finally stop him. The villain in the live-action... was and idiot. He did NOTHING. I did not fear him, I did not care for his stupid revenge plot, if that is what he was doing... The reason Shan Yu is a fantastic villain is because of the metaphor for war being a faceless enemy. And also the underlying message of the fact that evil does not need to have a sad backstory for it to be deadly, was lost completely in the live-action. I remember being scared of that enemy, while here he was simply laughable. 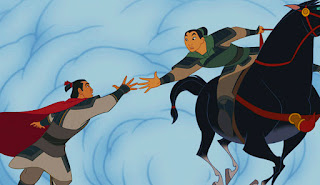 And I am just FURIOUS because all the changes in the live-action made absolutely no sense. I have read and watched hours of reviews on how Disney has been trying to "amend" for criticism of the films that it had made before the 2000s. And OK, I am biased because I just love everything about the original, but if I force myself, the only criticism I can bring is the historical accuracy, or the lack of it. So, perhaps, if you were to remake this story, I would focus on that more... Now... giving Mulan Jedi powers feels like the f*cking opposite of historical accuracy. I could give a list of the issues with the new movie, but I am going to just mention one, the biggest, and that comes back to the historical background. What was this movie about? Who is the target audience? It is not a war movie - which would have made sense; it is not a comedy; it is not a musical; it is not a romantic; it is not deep enough to be dramatic or tragic even... Who is the intended audience for this movie? I cannot get over the fact of how the plot was absolutely about nothing.
So watch it? No. Just don't. I decided to because so much bad criticism hit the movie that I got curious to see if indeed it was as bad as they say, or if perhaps this too was a victim of internet trolls or high expectations. Well... it was not. I think this movie would have been great, but as I have written in some of my reviews before, the more people try to remake cartoons by trying to conform to new social norms, the more plotholes they contain, leaving behind something very hard to watch or enjoy.
Until the next item on my life!
Bejegyezte: CsorEsz91 dátum: 4:48 AM