Welcome to the seventh installment of #StalloneMonth, which I have to say, is my favorite time of the year! In February we look over the filmography of this wonderful actor, 4-5 movies at a time. This has been a fun project, and I will keep on going until I run out of movies to review! As we are still at home in various kind of lockdown, it is the perfect time to go and look at the awesome movies that - despite any ratings on movie sites - have the awesome, the one and only, the inimitable: Sly Stallone. 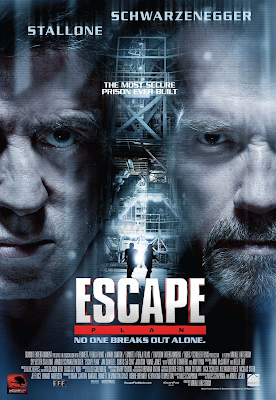 Breslin (Sylvester Stallone) finds himself set up by the people he decided to work for, being a prison that seems to be inescapable. Upon making a friend, Rottmayer (Arnold Schwarzenegger), he slowly finds a way, as this prison was modelled based on the perfect prison he invented himself. 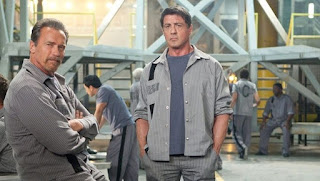 Now, this movie has been waiting for me to watch it, we popped it in with my girlfriend and although, I'll be honest, my claustrophobia was triggered and I hated every aspect of this prison, which I do believe is the goal in many of these buildings, wanting you to behave well enough to not want to go back ever again. That having been said, the plot was not perfect... my girlfriend guessed the twist right away, while I think one of the storyline was not at all tied up well: one of the villains turned out to Breslin's business partner Lester Clark (Vincent D'Onofrio), and that plot was so badly executed that I did not even understand despite the characters literally describing it. I had to pause the movie and ask for help. This villanous expartner was then left to die in his car, which just felt a bit excessive to rest on the conscience of the main character who is doing this job primarily to be a good guy keeping bad ones in jail.

Watch it? Honestly, the idea is not bad, and well, Stallone and Schwarzenegger on the screen is a constant boner alert for me, I just love the interactions between these two. As I have seen this has also become a trilogy with movies that have horrible rating, and I cannot wait to see them. But this movie had very smart moments and a great casting, so I think it is worth a watch.