Blogger: What a time to be a Star Wars fan!

This is not going to be a long entry, but one that got me feeling blessed at the end of a horrible year like 2020: and that is because of the expansion of the Star Wars cinematic universe. 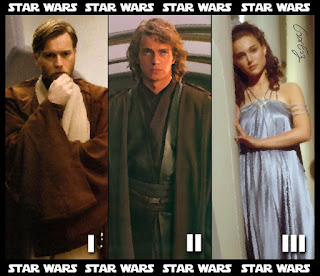 This is going to be the 10th year of my blog, and as such, I wanted to talk about my favorite franchise of all time, because May the 4th seems very far away for now - which is when I have my usual yearly review -, and also because Star Wars seems to be the one thing that has been my companion ever since I started writing reviews. One of my very first entries ever on movies, or reviews of any kind, was "Why you should enjoy Star Wars Episode I, II and III in spite of public opinion", and I still proud of that. I love the prequel trilogy, especially because it gave life to so many great projects that helped survive the quarantine. Honestly, the addition of James Luceno's Darth Plagueis book is probably the reason I grew to care for The Phantom Menace, despite its faults. And when it comes to the Clone Wars cartoons, well, try to watch the last 4 episodes of the seventh season and try to tell me that this universe does not have some of the best writers in Hollywood. And I won't even start talking about the Timothy Zahn books because we will be here all day.

For the longest time I did not care for the extended universe, because it all felt like fan-fiction to me. I knew I wanted more, and shows like Clone Wars and Rebels showcased that I was not alone. Having them be part of the canon was their biggest appeal to me. Admittedly not everyone is a fan of how Disney has dealt with buying Lucasarts, but I had faith in them all along, and it paid off. Even with the new trilogy being a big mess (and also making some realize that perhaps the prequel trilogy was not a mess at all), they did not give up and we already have proof of the fact that live-action TV shows can be just as good as the cartoons. 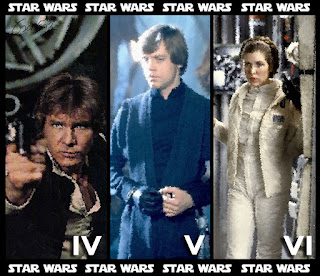 The Mandalorian was a great example of how - in the hands of good people - every Star Wars fan has something that will get them back into the universe. And speaking of universe, I think we can farely assume that we all had enough of the Skywalkers. I wouldn't mind seeing a young Luke, and quite frankly, if there was a way to give us as much Princess Leia as possible, I would give good money for it (if only Disney+ would come to... you know... the rest of Europe...). But this family, as crucial as they are in the history of the Force, are just one of many. My favorite thing about Episode VIII (which WAS a good movie, you stiff idiot), was the possibility of a whole new galaxy of Force wielders that have nothing to do with those that survived Order 66. I want more of that and maybe next to Grogu we can get there. One thing is certain: it is not just about the Force wielders, and Star Wars: The Bad Batch as well as Rogue Squadron will demonstrate that. And all the other SW projects on the way.

I still remember seeing Episode III in original language with my brother, and the theater was filled with foreigners and at the very end the applauded the movie. It is a custom in the States, but I had not experienced it before and it was cathartic. I love that movie, I really do. I am lucky to be alive now, to have seen the ending of Clone Wars and the beginning of everything new. I will still remain a fan of what is actual canon, slowly expanding to the huge comic universe as well as all those marvelous books, that clearly have a big inspiration on the writers of the new cinematic shows as well as the cartoons.

And I did not even mention the video games! Fallen Order had me crying like a baby, and I sure hope Cal Kestis shows up some more and not just in the games.

I could go on and on, but I did want to take this minute to address that despire the horrible year that we had, and some hardships to follow in 2021, it is sure a great time to be a Star Wars fan!

If you'd like to read more from me, here is a list of all my writings concerning Star Wars: