I do not think this game needs to be presented to anyone. It is now the source of an endless wave os memes and hundreds of people have downloaded it or bought it over the course of summer. I am among those who have watched endless hours of stream of my favorite youtubers playing this delightful game, which was followed by me and my partner buying the game on steam and having played for over 10 hours now. 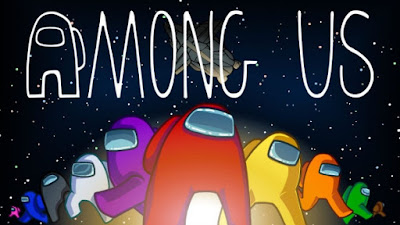 The Gameplay: "The goal of the Crewmates is to identify the Impostors, eliminate them, and complete tasks around the map; the Impostors' goal is to covertly sabotage and kill the Crewmates before they complete all of their tasks. Players suspected to be Impostors may be eliminated via a plurality vote, which any player may initiate at any time. Crewmates win if all Impostors are eliminated or all tasks are completed; Imposters win if there is an equal number of Impostors and Crewmates, or if a critical sabotage goes unresolved." [Source: wikipedia, because I cannot phrase it better.]

As I have said, this game needs no introduction, so why am I writing about it now? Because I really want to recommend it. If you feel that maybe this game is overrated, it is not. There are two main ways you can play, in a public or a private room. When it comes to the public one, it is hard sometimes to find a good group, most people quit a room after they get killed, but I would advise for you to find harder levels, the bigger maps, as the people there are usually in for a longer game. You do need to practice a lot for those, but you can discover them in freeplay. Coming back to the game, just another note, it is better to have one killer unless there are 8-10 people playing. With seven the game ends way too fast. (Also, if you up the cooldown for the kill, it makes it a longer game and harder for the impostors). But the chat function is fun with strangers as you don't know them well enough to detect lies anyways. And that leads us to the second way you could play, with your friends with open discussion (like through discord or a facebook call). I love to play this game with both versions, as I like to mess with my friends as much as feeling that bit of fear over whether or not these strangers in hazmat suits are gonna come for me. I could actually talk about the game for hours, the adorable characters, the colors, the fun maps, the easy but entertaining tasks, along with the fun features for the impostor... there is so much goodness in this very wholesome game - aside from the murder part - that instead of detailing it I would just recommend you all check it out and trust the buzz online!

This year had a lot of downsides and I find that people are looking for continuous good news out there, and I think this game was re-discovered at the right time. The game came out in 2018, and there was a plan to make a second one, but the team issued a letter saying they will work on improving this one, and I think that was the perfect choice on their part.