This is a special occasion! We are celebrating the 600th entry on the blog and for that occasion I have decided to do an entire review solely out of questions! Nothing but questions in the review section, and I timed it for Halloween (two birds one stone) because this deserves celebration. I am so proud to have gone the distance with my blog, I did not think that nine years later I would still be doing it, but I glad I am. Having this page to come to when I am happy, and count on it to wait for me when I said, has helped me evolve as a writer over the years. I really love my blog, even if it is for me and I would like to thank everyone that allowed me to share it with them. And now for the review... as this movie left me nothing but questions... 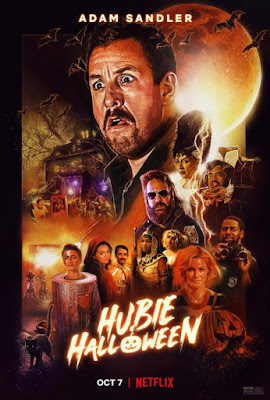 Hubie (Adam Sandler) decides to once again monitor the Halloween festivities in his hometown of Salem, just as people start going missing, and they all seem to have some form of connection to him.

Why did this get movie made? Is the main character suffering from any kind of mental disorder? Is that supposed to be funny? Are we openly laughing at someone who has social issues? Isn't that what we have been trying to avoid for years now? Or is it excusable because at the end of the movie the "bad guys" learned their lesson? What is the moral of this story? That it's OK to laugh at someone for 80 minutes if you learn that you should not have done that the last 10 minutes of the film? What exactly are we laughing at? That he lives at home? That he is scared? That he loves Halloween? Why does he love halloween? Isn't he scared of everything? Why is he exposing himself? Don't you just feel weird in your stomach? Would a laugh track have helped me to know what the joke is? Maybe? Is the African-American couple supposed to be funny? Is a husband hating his wife still ha-ha? Are they supposed to be "simpletons" because they have a farm?  Who the f*ck thought that thermos would make sense? How did this movie manage to make soup disgusting? Why are there so many pee jokes? Who is the target audience for this movie? Is the sign that he cannot see that he was not able to wash his sheet another jab at his mental abilities? If we are prasing his heart at the end of the story, are we implying that he is too simple to be a bad person? Why give Maya Rudolph such a lousy character? Is David Spade only available for movies made in Hawaii? How is Ray Liotta's career otherwise? How much did these actors get paid? Was Hubie's mom a real witch? Was the Cleopatra costumed girl a teacher? Or a university student? Why did she keep losing her dog? Or surprised that he was around? Did she not take him to the hauted house? Who let the dog out? Why is the priest a dick to someone from his town? Why is the police so incompetent? Why reveal that somebody called the chief of police a muppet if he won't change his haircut in his follow-up scene a year later? Who voted for him? Was that also a joke? Are we supposed to be excited he finally found someone who cares? Why was Julie Bowen bad-ass in her first scene and then weird and needy in all the others? Why did he get up the courage to talk to her now? What was he doing all these years? Why didn't she approach him after her divorce? If she had been in love with him for so long, why not tell him in school? Why date a jock? Was she ashamed of him? Isn't that sad? How am I supposed to care when everyone seems like a total idiot here? Shouldn't the fact that he has to live with his mom despite being an all-time job be a comment on society? Rather than a joke at the expense of someone who clearly suffers several forms of social anxiety and is forced to live at home because of it? Can you remind me when I was supposed to laugh? Was any of it funny? Was it just a paycheck? Was there a point? 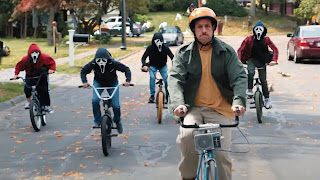 Watch it? No. This movie had the most beautiful Halloween set of any movie I have ever seen and lacked any other trait that is enjoyable in a movie. The old ladies had these cheap shirts that had sex innuendos on them and I had found myself laughing out at those incontrollably. I don't know who did that shirts but that person should have written the movie. Also, everyone dressed as Harley Quinn was a good touch. Nothing else of value that I could mention, which is just sad for such a cast and such a long movie.

Thank you everyone, anyone, reading this right now. Know, that you mean a lot to me! I do not know when I will reach another milestone like this, but I wanted to make sure I enjoyed this one, because very few things were worth celebrating in 2020, but for me, this tiny thing, is definitely one of them! 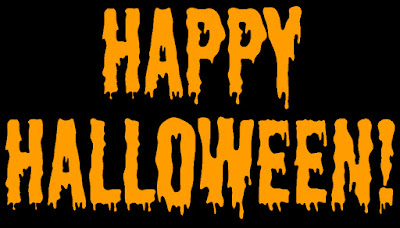