I need to have a special mindset to be able to watch something that was made in Italy. I have a connection to it, being raised in Rome and having visited the country almost every single year before the pandemic hit. There is something about the culture, the city... something I do not believe I will ever be able to explain in words, but maybe this show can help me. There is a feeling throughout the whole show, the colors, the music, the fast or slow paced scenes, the characters and the setting... all of it brought me back there and it will bring everyone else there too.
Be careful, this review is full of spoilers! 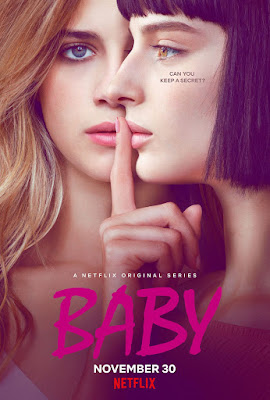 Chiara (Benedetta Porcaroli) and Ludovica (Alice Pagani) become friends and out of a wish to break out of the everyday monotonous routine of high school. After a night of partying they make influental friends, who introduce them to a life of money and corrupt morals. In the second season both Chiara and Ludovica decide to sleep with men for money, many of whom have no idea that they are underage. Their friends at the school start to suspect that something isn't right, and Chiara's boyfriend at the time, Damiano (Riccardo Mandolini) gets involved with the same shady people, and becomes a direct cause for their secret to be blown. What is left is for them to face the authorities, but the events that unfolded until that point left its mark on everyone involved. 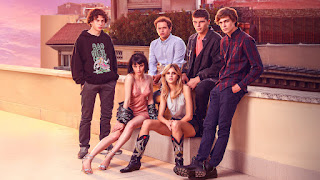 My best friend showed me the trailer for this show and I had no idea what it was going to be about, but there was something about the colors and the music that I just knew had to see it. And I am so thankful to him, did because I was blown aways by this show. Before I head into anything about the story, let me just say that I was astonished by this cast of young actors. I know there are good young actors out there, but they are truly like hidden gems in the rough. I want to applaud the casting director, and then the creator of the show for the decisions they took. That said, let us first talk about the first protagonist we see in episode one of season one: Chiara. From the beginning of the show she feels empty inside, and even when she finds Damiano and falls in love with him, he is not enough. For Chiara, nothing will be enough. I really liked her character development, because at the end she did not blame others for the decisions she made, and she did not even ask others to take a bullet for her. She had faults and she had committed several mistakes, but even if admitting that her circumstances might have lead to what she did, she was still the one to step over those lines. Same with Ludovica, our second protagonist, who might have been punished by society more than she deserved. In a heartwarming scene she tells her mom that she was told that she is a little slut so she ended up believing that there is nothing else out there for her. Slowly she fills the emptiness in her with self-love. She and Chiara find each other because they both crave to feel something other than what life has been giving them, but they come from a different place and their roads lead to different paths as well. 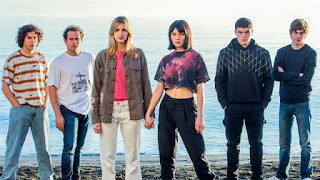 One of the best things about the show is that you cannot help but just love these two girls. Despite whatever they do, I care for them and I want them to be OK. There was a fine line in the show, where they could have easily fallen to the other side of difficult moral issues and be no longer likable, but they never did cross it. There are so many things I could say about this brilliant brilliant show, but the greatest thing that I can bring up is that the whole series followed its own pace and they wanted to tell a story in 18 episodes and they did. They did not rush, they did not throw in unnecessary cliffhangers or unexpected changes to the characters that would make the ending enraging. The great thing about this show is that it is logical how the show will end, but you still cannot predict it in the beginning. And I find that those are the best kind of stories. I could go on for hours now about why this was just the highlight of 2020 for me, but I do believe I have said enough already, and I hope it will inspire others to see it as well.
Watch it? It was an incredibly deep story, that was actually based on real events. I did not mention them, because altough inspired from it, it did not bare a lot of resemblance to it, aside from a couple of things. I do advice you to look up the real story, but only after you have seen the show. I think it is better in that order. Not to mention that the moral lessons learned in this show need to be experienced in person. And I haven't even mentioned the soundtrack... just mind blowing. I am very lucky to have found this show and I will surely re-watch it in the near future simply because the writing is that good!
Until the next item on my list!
Bejegyezte: CsorEsz91 dátum: 6:34 AM