I have a segment called "Fresh from the Theatre", but seeing that more and more things are getting released online on streaming services, and I might actually view them at home myself, I will talk about those movies in this new segment "Now Streaming". These will also be listed in a separate group on the "Reviews" page. Just click Ctrl+F and type in the movies you might be looking for, or click through the archive on the right hand side!

Along with a series of old favorites, I am also trying to keep up with new things coming out. I am already a year late watching this movie, but oh my, I am so happy I finally got around to it. And I highly disagree with the rating of the film so I am gonna get you all to watch it again! Lars Erickssong (Will Ferrell) and Sigrit Ericksdóttir (Rachel McAdams) dream of getting into the Eurovision Song Contest and winning it fo Iceland. Thanks to a series of lucky, some unlucky events, they end up getting into the contest to represent their country, but Lars grew up wanting to win while fearing to be laughed at. When it seems that the whole world might think ill of him, he decides run away from it, but his father reminds him that not having given up until now shows character. He has one chance to perform or to save his relationship with Sigrit, but it is an easy decision. 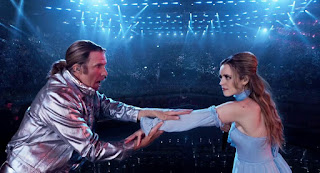 I just loved this movie sooo much, I cannot tell you how happy I am that this exists. First of all, yes, Eurovision is bananas, I am European and I am still not one hundred percent sure about what I watch when it is on. There are some good songs, of course, but the whole thing is just insane. I do not like singing competitions, but at the same time, I cannot help but agree that music is the only thing that connects people in a way that is hard to put down in words. But there is something about this stupid song contest that really does draw in a lot of viewers, and I find it wonderful how the movie both pokes at its absurdity while really writing a love letter to it at the same time. Second, Will Ferrell: he is just amazing. I can tell you that any movie of his that I did not like, am sure had some producer in the background who ruined something. I knew this movie would just be a fun feel good story and it really was. I loved the casting, the idea, the lesson, and it was both predictable and surprising. Not to mention that the songs were just awesome. 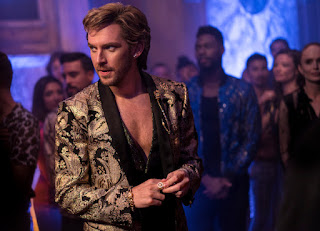 Three, speaking of the story, our villains: first, I loved that there was no real villain. Viktor Karlosson (Mikael Persbrandt) killed a lot of people, but we kinda forgot that he wanted to look out for the economy of the country, and really, he did not intervene in the love story between Lars and Sigrit. That said, the only intervention was that of Alexander Lemtov (Dan Stevens), the hottest Russian out there, let me tell you, and even he admitted that he cannot come between something so honest and pure. Lemtov has to suffer the consequences of a communist regime that denies homosexuality, and having a talented partner would have been great for him, but overall he preferred to step aside. Not to mention, that he really was friendly and genuinely sweet with Sigrit and was not just driven by his plans for fame. He makes it hard to not be adored and loved!

Watch it? Oh, most definitely. This year we had Eurovision through this movie, and not in real life. The virus ruined a lot of good things for us peasants out there, and I am very thankful for Netflix for putting money into this project. I think that the quite strong and honest criticism of Americans is the best part of this movie. And I happy to have received this movie at a time in life when the world is just such a pool of shit. I'm sorry, but we all know it is true.

That said, watch it, love it, laugh, enjoy, and sing along with this great movie!