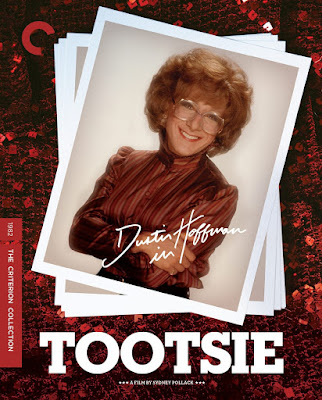 In an attempt to revive his career Michael Dorsey (Dustin Hoffman) decides to dress up as a woman and he gets a job in a medical soap opera. As time passes, he starts to care for people around him, and it gets harder and harder to pretend. As his character is not known for blending into the background, he decides to come out in similar loud fashion. 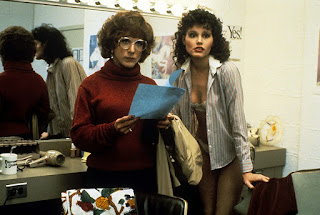 This is another family favorite. I do believe that the main issue I had never found a problem with man being in drag, or actors doing all kinds of characters is thank to this movie. I always think of the influences that popular culture has had on me and well, it is a great deal, but I am fairly certain that it is the reason I grew up to be patient with others and be more accepting with whatever nightmare people are going through in their life. Michael was in a difficult situation, but he did believe in himself long enough to try whatever he can to make it. At the same time, he did live a lie, and instead of running away from the consequences he faced them head on. I think that is a really good lesson to be learned from this story. There are plenty of jokes in the story too, not to mention the disgusting male gaze and how men think of themselves as above the women in Hollywood. It is almost sad how this movie portrayed this toxic behaviour back in 82... hopefully finally some things will change with #metoo movements and people speaking out. Yet, another reason to see this movie, to use it as an example.
Watch it? I can tell you that there are a great deal of movies that people my generation - and the ones after - have absolutely no idea about. There is something to be learned from the movies made in the 80s. First, they say stories that are still very much relevant. Second, the remakes add a sort of political correctedness to is, that, even if appreciated, also end in forgetting the main message of the story. We need to see old movies especially because of the lack of censorship on certain topics, and the white-wash casting. Make sure you add this to your list of movies to discuss in your book club!
Until the next item on my list!
Bejegyezte: CsorEsz91 dátum: 1:35 AM