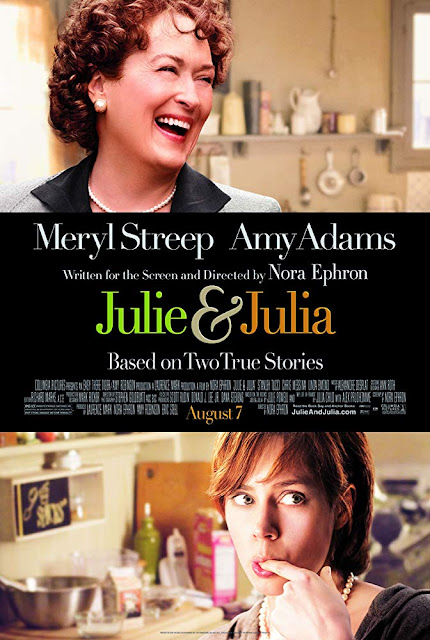 Julie decides to embark on a trip of self-discovery, through learning to cook all the dishes of Julia Child from one of her books, in the period of one year. At the same time, we see chapters from the life of the famous Julia Child and her relationship with her husband. The two lives drew closer to each other as the year passed, but never met within the story of the film. Both, however, learn a lot about themselves and the world that has been impacting them. 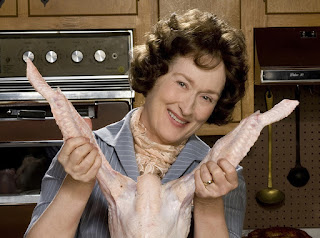 I thought this was going to be a lighthearted comedy, and then it went deep really fast... I mean, I will not complain, it is a very beautiful, but the story really discussed hard topics from the life of these women and there are certain expectations after you watch a trailer and well, those were not met. I only mean to make that complaint because I do believe that this movie deserved a much better ad campaign. Of course, it did well with critics, how could Meryl Streep and Amy Adams possibly make a bad movie? But it is a very serious story of the background of both women, struggling to keep their career going as well as their marriage. And both of them decided to face hardships, I also love the idea of challenging yourself and only doing that challenge until it finally reaches its goal: you are NOT a failure if you cannot finish something. We put a whole lot of emphasis on finishing something you started, but starting is the hardest side of it, in my opinion. If you got the desired effect without finishing a challenge, then you already have reached that imaginary finish line.

So watch it? Definitely. I do believe that the underlying message is the love of food and that is something I can totally get behind. This movie I think is great at a quarantine time, when we are all looking for things to do. It will inspire you, I am sure.