What's Next On My List? (Games) Assassin's Creed Rogue

Obviously the quarantine is making as all reach into the hobby box, and well, for me that resulted in finally playing games that I am been putting off for months and years. This was the last game I got for my PS3. I am super happy I played this game, this is my favorite franchise and even the ones that are not received well at first, hold a special place in my heart, and I just loved them. By the time I get there, I usually play the remastered versions, with all the bugs fixed, so even if the game comes out with issues, once I'm there and I play it, those are all set right. So let's get into the story of this rebel.
Assassin's Creed Rogue 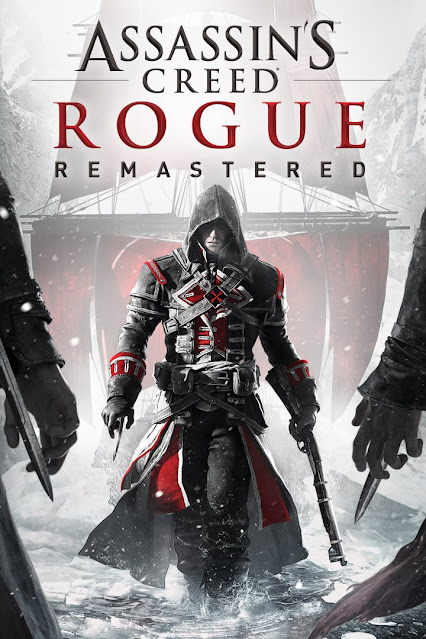 The story: Shay Patrick Cormac is a young assassin who has been dispatched to get artifacts that cause destruction and death. When he refuses and wishes to teach the Assassins that their plans are messing with the fabric of reality, he is excluded from the brotherhood. He is rescued by Templars, who welcome him with open arms, and once he proves that their allegiances are aligned, he gets their help to stop Achilles, the leader of this fraction of the Assassin Brotherhood, from unleashing chaos and destruction onto the world.

Game play: This game was very similar to Black Flag, and that is fine, in my opinion. I would have liked to see more of that anyway, and having this in the winter season was just a great addition, as it made swimming almost impossible, and shooting down little icebergs and blocks of ice was truly entertaining. The whole game felt like a big extension to the pirate world, this time that of the Templars. Really, the game set up pretty well, why Shay would be willing to part with his pledge to be an assassin. None of his brothers appreciated him, and when he raised criticism, they neglected him and followed their leader blinded. I do believe that the best thing about the assassins is that they all wish to manifest their free will, but here we have a fraction of them, who are stuck believing already that they are invincible. The reason later assassins were as strong as they are, is because the failure of Achilles was passed on. My favorite and also most hated thing in the whole game was being attacked by random assassins all over the game. Of course, assassins are out to get me after betraying them, and you find a way to anticipate their attack, but they come at you from out of nowhere, and I was yelling so hard every time they killed me with one hit, but at the same time, it was something new and I appreciated the idea and the execution.
Mini-bosses: It took me a minute to realize that the people I would be fighting would be the members of the order who I had betrayed at the start of the game. But honestly, it was a wonderful setup. The way the assassin's treated me, I did want to get revenge, and each interaction made Shay enforce that he took the right action when he decided to stop them. Of course, Shay's pain in having to take the life of his former brothers echoed throughout the game and you never forgot. He did not want revenge, he wanted to stop the chaos and he did so with the best of his abilities.
The Boss Fight: I liked that Shay was accompanied by Kenway, because he portrays exactly why Shay is not a Templar at heart, but he does have a mission and he will stop at nothing until he succeeds. Also that it was a fight to save many who could fall because of the carelessness of the Assassins, and not to just kill anyone in their path. Yes, the Templars might want to have ultimate control, but Shay has his own moral compass, and in my opinion, he might not even stay a Templar, I do believe that is the reason this story made sense ultimately. It is about him and stopping the death of innocent people. Once he stops his mentor Liam, he ends saving the life of Achilles, in the hope to ensure that no Assassin will ever seek the artifacts responsible for the destruction. Of course, Kenway's nature is to kill Achilles, but he just incapacitates him, ending his career effectively. 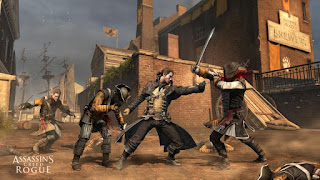 What didn't work? I would have liked some more missions, like eavesdropping, or following as there were in the previous games. I had the traits of an assassin of course, not a Templar, and I would have liked to use those skills. I did feel like I was an asset to the order and they should have used me much better. In this sense this game was like a large DLC, as when it comes to collectibles and areas to discover, it probably had more than any game I played (Black Flag being the closest), and we now know that ever AC game that followed added more and more in terms of side missions and collectibles. However, even if I personally liked the story, it was pretty straightforward, it was really about the collectibles and the renovations. Those who do not enjoy getting chests are likely to complain about this game.
What worked? It just all made sense... I have played these games for years now, but even if I hadn't, the narrative of those who seek the free will of men as opposed to those who wish to control chaos is one of the most used narratives when it comes to stories about cults and secret associations. I really liked that somebody's faith in their brotherhood can be shaken, and I especially liked, as I said before, that Shay was a well rounded character who was given enough reason to doubt his brothers.
Looking at the world outside of the animus, we already know that we are working for the Templars at Abstergo, so it made sense that I would end up playing a story that plays into their hands, as opposed to the brotherhood.  And finally... I did love Desmond, but he cannot possibly have every single important person in his bloodline. There is need for new stories, and the way Abstergo has been using sages and stealing whatever DNA they need for their goals is gut wrenching. Yet, it all feels right and it makes sense.

I definitely recommend this game, and if you finish playing it, start AC Unity right away, if you want a nice punch in the stomach. The way they shifted... I really do love these writers, no matter how they mess with my head.

Until the next item on my list!
Bejegyezte: CsorEsz91 dátum: 2:31 AM