What's Next On My List? Stop! Or My Mom Will Shoot


Stop! Or My Mom Will Shoot 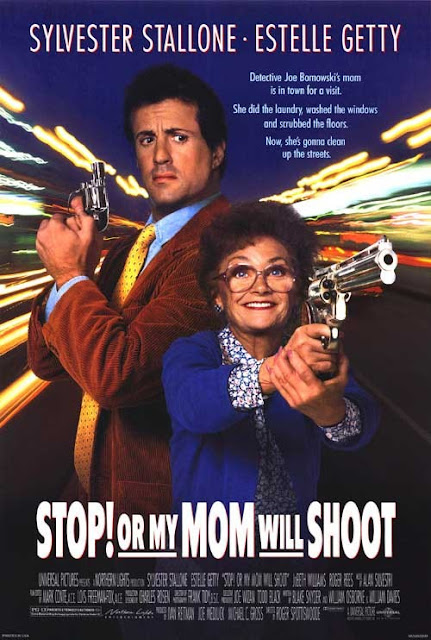 A sergeant at the police force is visited by his mother, who is not very happy with the way he has been living his life. In an attempt to take down a bad guy, Joe cannot do without his mom, as she refuses to stay home while her son is in danger. 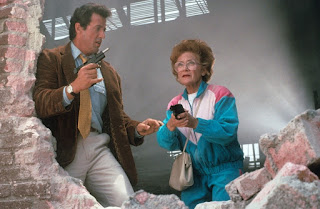 While watching this I was just thinking about this culture of parents humiliating their children in movies and I wonder if people really are like that in the U.S. Is this just an overused character trait because in real life I never had the pleasure of parents who actually embarrassed me or any of the people I know... you know, unless they were actual assholes. And I just wonder if this is a cultural thing or the biggest fear people might have when it comes to their parents? Because exaggerations of a stereotype are fine when it comes to story telling, but I personally am never able to laugh at the expense of others. If anything, I am the one reaching for childhood photos and stories of me being a stupid kid, because I grew up thinking that that is a natural progression in life and that my partner has to see me embarrassed (and then tell me I am cute and stuff). But in this movie, in more than anything in life, I felt the need to slap the mother across the face... it is one thing to be overbearing, it is another to completely disregard the actual needs of someone. Although, technically, when it came to his relationship Joe did need help, and well, a woman's touch can never hurt. But, aside from that, the mother's expertise was truly more of a nuisance.

Watch it? This is not the comedy of the century... it has wonderful actors, don't get me wrong, but the whole thing just feels like the crazy adventure from the point of view of the mom, who probably portrays herself as this great superhero. This story is incredible, I know, that is how comedy works; I do not think there could have been a way to make it seem more believable, but actually, if there would have been an ending that shows how this story was told by the mom to her friends or something like that, I do think it would have been far better. It is a harmless family comedy altogether.