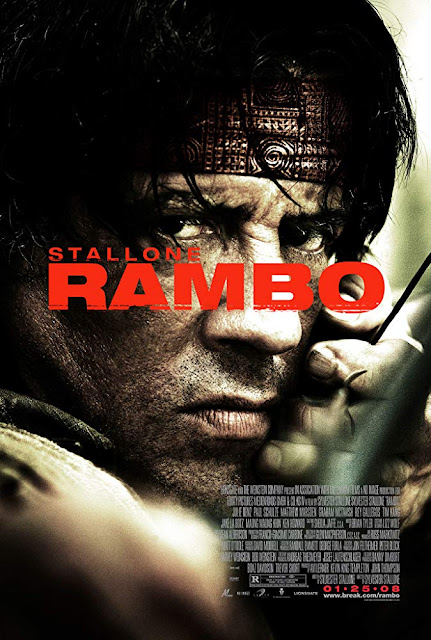 "In Thailand, John Rambo joins a group of mercenaries to venture into war-torn Burma, and rescue a group of Christian aid workers who were kidnapped by the ruthless local infantry unit." (imdb) 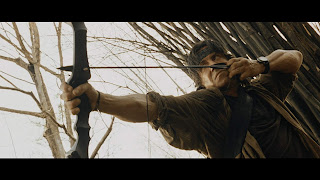 The first ten minutes of the movie featured a lot of snakes, and I hate snakes so I was not a fan of that. But I do, however, appreciate it, because I find that the story focused on geographical accuracy and making sure that they stay true to the culture they are portraying. It might just be that I have the same idea of what this country might be like, but it could just be portrayed by Hollywood. Either way, the movie focused, for me, on something very important: the horror of civil wars. The people of the 21st century like to forget that many are also victims of their governments and their self-proclaimed soldiers. Many are raped, mutilated, killed and used as pawns in a war that benefits very few. It was very painful to watch this movie, but mostly because I felt that I was there. I felt bad for the women, the children, the dogs, the innocent... I felt bad for the men and women all around the world who actually do want to help. I felt bad for the world we live in... Johnny Rambo is an incredible character, to me at least, because he really isn't just another action hero. The reason that all movies decide to take actual historical moments to drop in this American hero is quite smart, when you think about teaching people for the better. It is not easy to draw conclusions of what really is overseas, but damn, these movies take you with them...

If you prefer the PG18 kind of story telling, with graphic blood and breathtaking filmography, then you are in for a treat. I do not think you really need the first couple of movies in this series to watch and understand this one, if you want to, have at it, I have reviewed all of them so far. But this one I think was by far the best, simply because it felt more down to Earth, believe it or not. Rambo showed skill, and not so much sheer luck. The first will always be a classic, but other than that, I think people need to see the world as it is right now, and let me tell you: it's ugly.