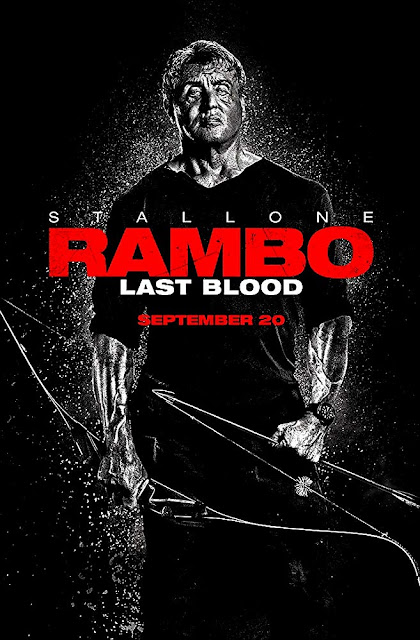 The freedom of working on his old family farm and raising his niece awards Rambo with the peace he has been looking for all those years after the war. On the conquest of finding out more about the father who abandoned her, his niece Gabrielle goes over the border where she is then sold by her friend onto a ring of human traffickers selling young girls for sex. Rambo manages to save her, but runs out of time just the same. The traffickers set out for revenge, but they are not ready to meet this soldier face to face. 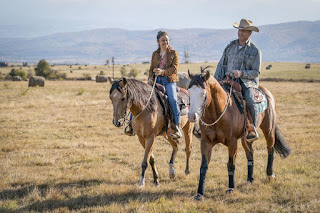 I had no expectations going into this movie, I just wanted to enjoy myself, and why, did I do just that! First of all, my biggest problem is something that I blame Hungarian movie theaters (and I blame them for everything, and rightfully so): this movie's 50% is in Spanish, as the human traffickers that Rambo faces speak their mother tongue. Now, I loved this, because most movies would make that foreign language sound English, and we had instances of showcasing the real language in movies, more and more, but now I feel like that took it to a whole other level, and I appreciate that genuine touch from the filmmakers. That said... we watched it in English, with Hungarian subtitles... and my partner understood because she speaks Portuguese, but this was ridiculous. To anyone else 50% of the movie would have been completely incomprehensible. I felt extra sorry for all those at the theater who had to guess what is happening. The reason I am complaining is because I want to make it clear: this could have been avoided. The producers and the distributors could have emphasized in selling the movie that it needs embedded English subtitles for an audience that wishes to see the movie in its original dubbing. 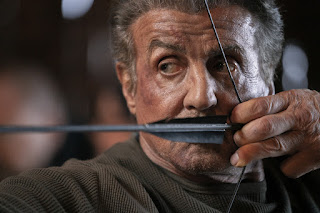 That said, about the movie: it was simply insane. But in a good way. I do not know how they did it, but I felt Rambo's every thought and fear, and how his inability to let go of his traumas kept appearing to him in nightmares and in his actions towards the ones he loved. He wanted to stay close to family, but also feared how he would act if he was triggered again, and then, indeed he was. The movie took turns that I did not expect at all, and finally Rambo took out a whole squadron of mercenaries in the most insane way possible, with all kinds of booby traps like a Home Alone movie on drugs and even if disgusted at times I just felt that it was incredibly entertaining. I am very happy to have seen this on the big screen.

Watch it? Honestly I was so happy that I got up with the franchise to be able to see the next - possibly - final chapter. Of course, at the very end, you see Rambo getting onto his horse and quite literally ride away into the sunset. That can either signal that there is more to come, if the movie does well enough at the box office. But really... the cowboy theme was something the movie had several references to and I do not believe that we would have been content with seeing Rambo sit in a chair and die because... that is not who he is. If there is more, count me, if this was it, then, he truly did go out with a bang!

This is it for this year's #StalloneMonth and wow, honestly this really is my favorite time of the year. As long as I have movies to review from this incredibly talented fellow to look forward to I will keep on writing about them!