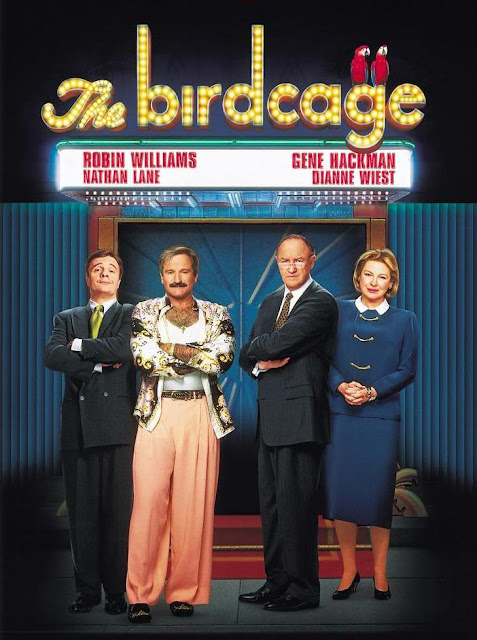 Val, son of Armand and Albert decides to get married to a young modern girl, who, however, comes from a very -- family. Her father is a senator responsible for bills and plans that have been linked to stopping and making uneasy the life of same-sex couples. To ensure that the parents give their blessings, Val's family invites them over, but even if they try to disguise themselves, it is hard to hide the drag bar they own downstairs... 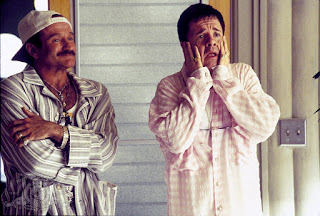 I think it is movies like this that I saw when I was a child that helped me become the liberal and accepting person that I am today. All these stupid arguments about whether or not we are allowed to show certain things on TV baffles me... this movie is from 1996 - and it shows a happy gay couple that raised a very smart boy, who then found a very smart girl for himself. If my kids see this, what am I supposed to tell them? That love is love. And I find that this one quote in particular from Armand highlights the most important message of the whole story: "Yes, I wear foundation. Yes, I live with a man. Yes, I'm a middle- aged fag. But I know who I am, Val. It took me twenty years to get here, and I'm not gonna let some idiot senator destroy that. Fuck the senator, I don't give a damn what he thinks." And I wish I could live in Armand's world. 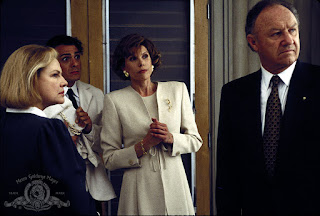 This movie is based on a stage play that is still playing in theaters today, especially in Hungary. and the movie itself was very well received when it came out. Originally Williams was supposed to be the drag queen husband of Steve Martin, but he did not wish to play that role, instead, due to scheduling conflicts they ended up with Nathan Lane playing Albert, and I can honestly say, it was the best possible casting I can imagine. This movie is one of my childhood favorites and it truly holds up after all these years as well... I find that the topics discussed and the relationship dynamics are still the same I encounter in my everyday life. This movie is a great example of why we don't need the government or other people to tell us how to be happy: we make our own happiness.

Watch it? Definitely. I find that the scenes with Robin Williams and Nathan Lane alone are worth a fortune, their interactions kept the story going flawlessly. I wish there were more movies like this, portraying the bigotry of the unknowing opposed to the beautiful and happy life of same-sex couples.