I have compiled a list of Christmas movies I re-watch seen since as long as I can remember. Now, I am going through that list and just writing down movies that I would like to talk about a little bit more in detail. I have some of these on my "Best of" Christmas lists, but I have found, after years of writing my blog, that some things just deserve a bit more attention. So let us get in deeper: 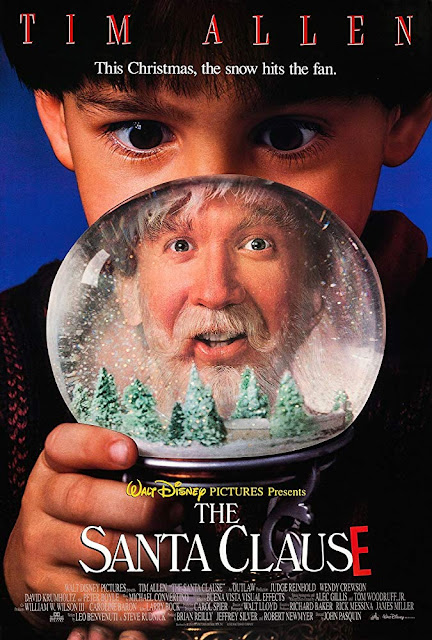 Scott Calvin finds Santa Claus on his roof, and accidentally makes him fall off of it too... in an attempt to make his son happy, he puts on the coat and helps deliver toys on Christmas Eve. The next morning he wakes up in bed, and it all seems like a dream, but perhaps it was not... as the months pass, he gets more and more excited about Christmas, not to mention, that his appearance changes slowly and his ex-wife starts to worry about his impact in their son's life. The events of a magical Christmas night unfold and Scott ends up being much more than just a good father to his boy. 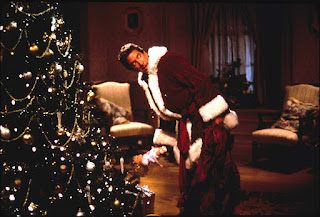 I don't even remember how young I was when I saw this movie for the first time, but it is definitely one of my favorites. I still believe that I have not seen any holiday movie made for families as smart as this one. Not only is it funny, but there is actual growth from the characters, not to mention, very serious moments. At one point Scott is thought of being insane and taking this magic fairy tale too far, and his ex-wife sues for custody of their child. I have found that this movie highlights how the holiday season should be both about the children and the adults, particularly those who no longer believe in the magic of Christmas. I decided not to re-watch this movie every year, because I like to forget the little details, and that way it holds a bit of magic every time I go back to it. I do, however, love it very much and will surely show it to my own children, to teach them about the magic of the holiday season.

Watch it? I do believe that the sequels were not equally well received, and that might have in retrospect shone a bad light on this otherwise genius movie. And well, the sequels are silly, but they are nearly not as bad as some TV movies that I had the pleasure to see. This is a family movie and as a result the kid that I was grew to love it, and the child in me today is still reminiscent of the magic that is waiting for a sweet-hearted man to come and gift me for having been a good child!