Fresh From The Theater: Last Christmas

After I watched an interview with Emma Thompson about how she wrote this movie, and having met the wonderful George Michael before he passed, I just got extra excited about the movie and me and my girlfriend got tickets and put on our Christmas sweaters and headed to the movies. [This review does NOT contain spoilers!] 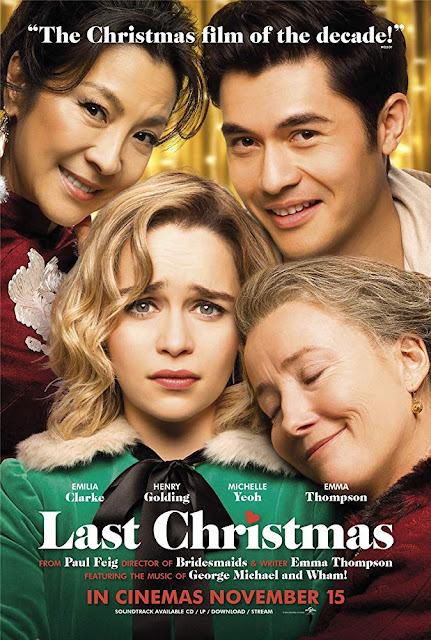 Kate is trying to break into show business with her singing, but all the signs point to the fact that perhaps she should find her place in the world someplace else. Her lack of success pushes her to stop taking care of herself, until she meets a man who is nothing but self-less. Meeting someone who spends his life giving back, makes Kate realize that she has been selfish and without a purpose for too long. This Christmas she decides to turn her life around, and touch a few hearts while she is doing it. 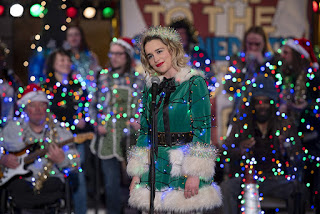 As we were watching the movie, at one point, my girlfriend turned to me and said, "I think I know what the twist is!", and at that point I did not even think that there would a big twist, but I guessed it right there and then. And you know what, I was still not disappointed. Without giving anything away, I find that this movie was about self-love, and I do not see many stories that focus on this. You know, how American TV channels have like a hundred Christmas movies each year, all about the importance and the magic of Christmas and the holiday season and well... the British still do it better. Both Love Actually and the first Nativity (BBC), for example, as well as this movie, are about something much more. First, there are great stories out there that can be made even more interesting in the Christmas season, and not the other way around. American movies about the holidays would have no real plot or even interesting characters (well, most of them) without it being played out on Christmas Eve... here, of course, the story is inspired by Wham!'s most famous song, so the story has to play out in the holiday season, but more importantly, it would work without it too. 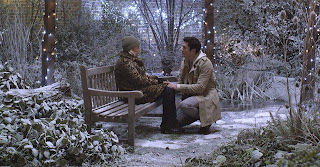 Second, you are fooled to believing that this is another romantic story, and it is, but as I said, it is about self love and not just finding yet another person to kiss under the mistletoe. Kate gave up on herself and it is actually a good night's sleep and owning her fear in life that pushes her to watch out for herself. The thing she was missing the most was there all along, and I find that message incredibly important. And once she cares for herself, she finally has the ability to care for others. Third, and most important to me, the movie has a gentle yet powerful message about the current cultural and political situation following Brexit in the UK. Which, so far, not many movies tried to do, and well, you would not expect it in this story, but that just shows the genius of Emma Thompson.

Watch it? It is definitely not something you want to miss out while it is still on the big screens. This movie was one of the funniest things I have seen in years, not to mention that I love Christmas and this movie had just the right amount of magic that I know the season brings with it. For me it became an immediate classic and I cannot wait to share it with everyone else!