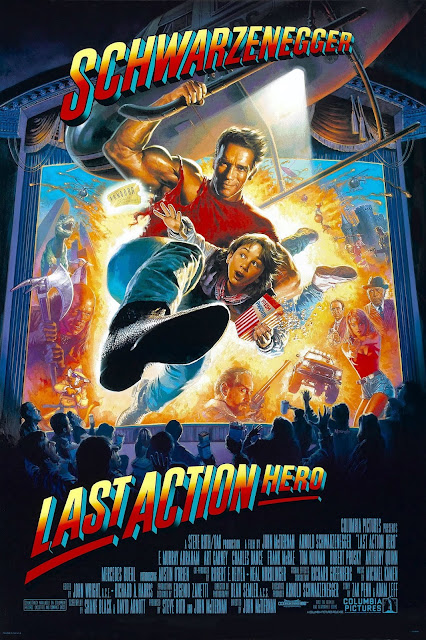 Danny is handed a golden movie ticket to see his favorite movie on the big screen, all alone, before the cinema closes down. As if by magic, he is transported into the movie where he goes on an incredible adventure with his favorite action hero of all time. 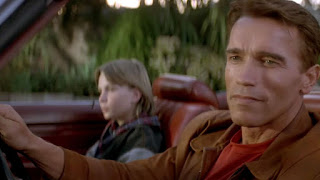 This is one of my sister's favorite movies. I do believe that this fell under the radar because... Americans are f*cking idiots. Hear me out: you know how we used to look bad at a singer if they wanted a career as actors? Or the other way around? I remember that this used to be headline back when, and it isn't anymore, which I am happy about, but the reason for that is that Hollywood requires even more from someone to get into the business. Think of every single British actor you have known: they can all sing, act and dance, can't they? That is right, in most countries these arts cross into each other, but not in the US. So much so, that if an action hero wanted to make a fun or a dramatic movie, NOBODY wanted to know about it. My favorite movie of all time is Stallone's Oscar, which was nominated for awards for being the worst... yet, everyone I show it to today cannot help but fall in love with it. 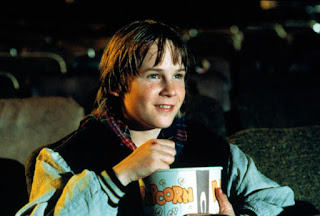 Same with this movie: people do not want to see Schwarzenegger as a good actor, they would much rather have him be in action movies or making fun of himself, I mean, him playing Shakespeare is foolish and screw this movie. Right? I am sure that many thought this was going to be another awesome action movie, but then... then it turned serious with an actual plot and it made people think about the story they were seeing, and people don't like to think when they want to watch an action movie! Now, at the same time, think of something like Ready Player One. People love popular culture references, people love it when one breaks the fourth wall, we like stories that are aware of themselves... today. So my summary is actually that this movie was truly ahead of its time. If you watch it today you will laugh, you will cry, you will be scared and left wanting more. It is still an action movie, but it is so much more than that, and thank god it is. The characters are lovable, the way they combine different genres of movies was done very smoothly, and even if I was often scared, I knew that I would re-watch this movie every chance I got.

Watch it? Another movie that I find needs a second look at. And well, movies that were underrated very rarely gets remakes, so I am not afraid that someone is gonna come in and force a new version on us that completely misunderstands the depth and genius of this story. And for that very same reason I do hope that people go and watch the original and rethink their criticism over it. There is a lot more there to see!