I actually put this movie on some of my lists, but I always re-watch it at the end of summer, and somehow this year too, I can tell that it is coming to an end, once again. I decided to watch it now, and while I did I also wrote down a couple of thoughts. 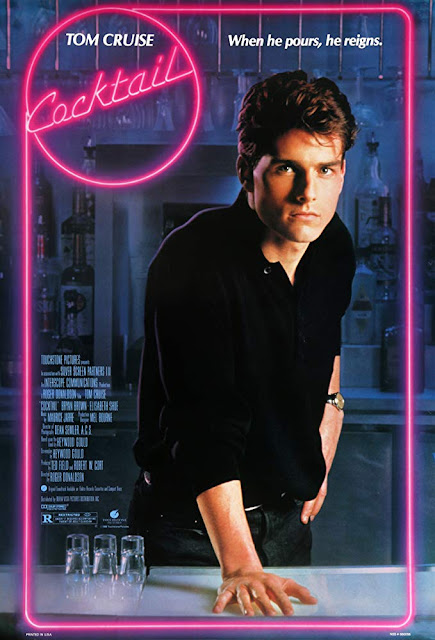 Brian Flanagan moves to New York to learn business, but his part-time job as a bartender becomes his dream. He is betrayed by his friend and decides to move his dream to Jamaica, where he meets a beautiful young woman by the name of Jordan. Brian keeps running into his old friend, and a continuous competition between them almost drives Brian to lose the only person he really cared about. 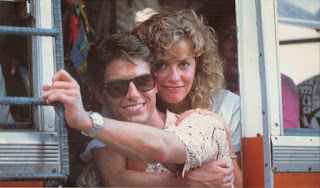 For the first time I am watching this movie with the intent of understanding what it is that I love so much about it, because it is definitely in my top 10 favorites. Have to say, that I like a story that is about things not working out the way you planned them. Our main character is thrown curve balls all of his life, and yet he makes the best of it. And that is something to aspire to. He fails at college, his best friend betrays him, he gets too cocky and loses the love of his life, only to find himself fighting for the things here never thought he would need. Brian might not be a conventional hero, but what I love about him is that he learns his lessons. It shows that just a couple of years can teach you to grow up and own your mistakes. It also taught me, the audience, that sometimes friendship is more than just being nice and caring toward each other, and on top of that, love is much more than just romantic movie cliches. Even if Brian was able to save himself and his relationship, even if he wasn't able to save his best friend, I think it is important to remember that he might not have succeeded, BUT at least he tried. And that is the most important and likable characteristic of the protagonist.

Watch it? To be honest, I was quite shocked to learn that imdb had such a low rating for this movie... makes me think that those younger generations that do take the time to rate movies online might not have liked it. But as an avid 80s fan myself, this movie just hit all the right notes. And I am sure this movie got a lot of praise when it came out. The soundtrack is great, the casting is marvelous, the story is simply real and as such very painful at times. But at the end of it, I want to re-watch it, and that says a lot about a story with lies, betrayal, even death, but the purest form of love available out there. I recommend this movie to any Cruise and Shue fan, they are bound to fall in love with it themselves.