I have been looking forward to this movie for quite some time, and boy, I was NOT disappointed! So let us dive into it! 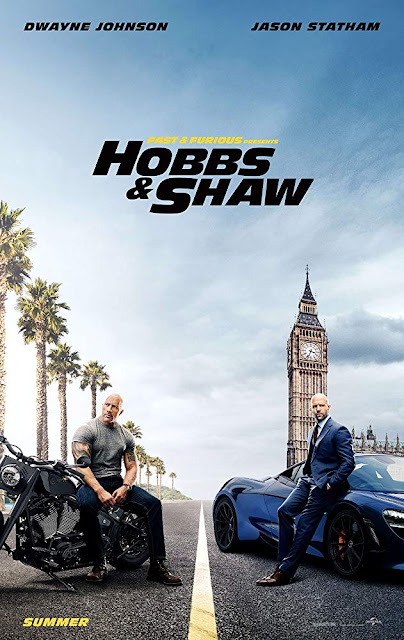 Hobbs and Shaw are recruited for their skills on a mission in which neither of them really want to take part, but the world is at stake. Although they might not agree on most things, they still want to save those they love, and at that point their goals align. Despite the bickering and the obvious differences in style, the two work together to save Shaw's sister and, with it, the rest of the world. 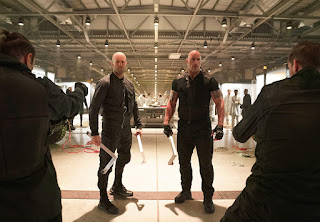 I just wanted another F&F movie... obviously I missed the main characters, but over the past movies, these two have evolved into very strong characters and they kind of deserved a story of their own. Not to mention, that I am on board with anything that has more Helen Mirren and these two! As far as the story is concerned, it was just a simple action movie, but I didn't want more... I wanted to be entertained and I sure as hell was. Now, I still have issues though. There is this tiny conflict in me about Shaw's character... he was an awesome addition to the cast, and in this movie his interactions with Hobbs were simply outstanding, but he did kill Han... I understand that when he was added they did not know how well he would be received, and also that Tokyo Drift happened to soon, and it had to be added to the franchise in a different manner. And when it came to The Fate Of The Furious they did not forget his history, but again, goals aligned. I think that movie was supposed to erase what happened, and I am not sure I can... at least not 100%. That does not mean that I don't love this character, I would just much more prefer him to be an antagonist. That said, there is plenty more about Shaw that the writers can investigate and I hope that they do.

Watch it? Oh yeah. It is another one of those instances when a movie just wants to be crazy and fun and filled with action movie and nothing more. And it delivers. They put together two awesome actors and had some other outstanding ones and gave us a story that is just beginning of something much larger. Can't wait to see where it all goes!