FRESH FROM THE THEATER: Dark Phoenix

So my best friend and I went to see this movie together back in June and I really want to talk about it. 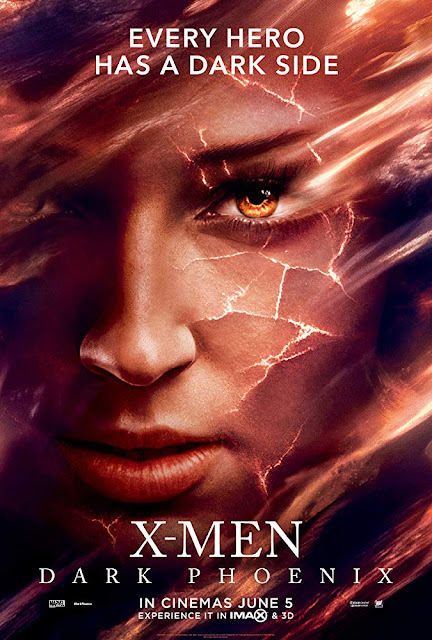 In an attempt to save a group of astronauts, Jean is exposed to a dark material in space, that makes her open her mind to memories and thoughts that were shielded by Charles at a young age. In her rage against the man she thought loved her, Jean joins forces with aliens who were following the dark material that resides in her and use her as their pawn in a much bigger game. In the end, Jean has to be the one who stops herself. 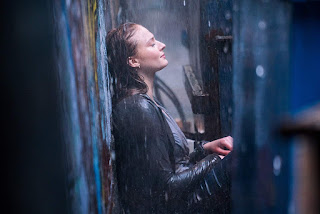 It took me a while to get down to writing this review - actually two months have passed, so it is not so "fresh" anymore - but the reason for that is that I had to spend some time to think about WHY people hate the X-Men movies... because, to me, as far as music, setup, acting and composition is concerned it was just like First Class, a fan favorite. People seemed to hate Apocalypse, which is far from the worst non-MCU movie I have ever seen, and to me Days Of Future Past is simply perfect. On that note, yes, these are not MCU, so I do believe that even comparing them is stupid. But I find that there is only one thing that I hated and that was the way they treated Mystique's character: Jennifer Lawrence would have made an awesome villain all throughout the movies, but they never really went that far, although Days Of Future Past was a good setup for that. The same way that Fassbender made a great potential enemy/villain, that never really came into full effect because, overall, we all understand the struggle of both sides, both Charles and Eric. And well, what I REALLY liked about this movie was that Charles and Eric well full-blown, well established characters, who stood out from the crowd, but they still lack the knowledge of wise old men that we have seen in the original trilogy (and the comics of course). 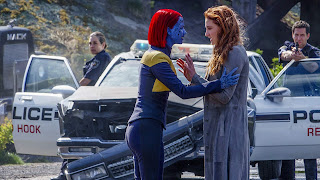 So what might have been the reason that THIS movie was not an utter success? First, I think that most people did not see it... like, they have pre-established that it is going to suck and that is it. Second, as I talked about established characters: this movie kept bringing in more characters while refusing to work on the old ones after Days Of Future Past. That movie was not an action movie, but it was setup very well by First Class. Unfortunately Apocalypse brought in too many new faces with very little time to help us connect to any of them, and that is why I believe Dark Phoenix suffered. Does that make it a bad movie? No, because quite frankly, the casting is still effing outstanding. I love Sophie Turner's Jean Grey and the interactions between Charles and Eric were simply put: magnificent. This movie suffered because of the setup of the whole franchise, and not because it was in itself a bad movie.

"It's funny. I can't actually remember the last time you were the one risking something. And by the way, the women are always saving the men around here. You might wanna think about changing the name to X-Women."

So watch it? Most definitely. I do not know anymore what kind of impossible standard the fans are setting these movies to, but for the exception of maybe two Wolverine movies they very much refuse to acknowledge the others and I believe it is time to re-watch them. I am going to miss this cast, and am happy for the stories we saw. Stop comparing it to the MCU. It isn't. But they all have a charm to them and suffer from a misplaced prejudice in many cases.