What's Next On My List? The Emperor's New Groove

Probably the best Disney animated cartoon ever made in the history of time. Seeing that this year I have already started reviewing animation that was highly underrated, I thought it would be stupid to leave this one out. 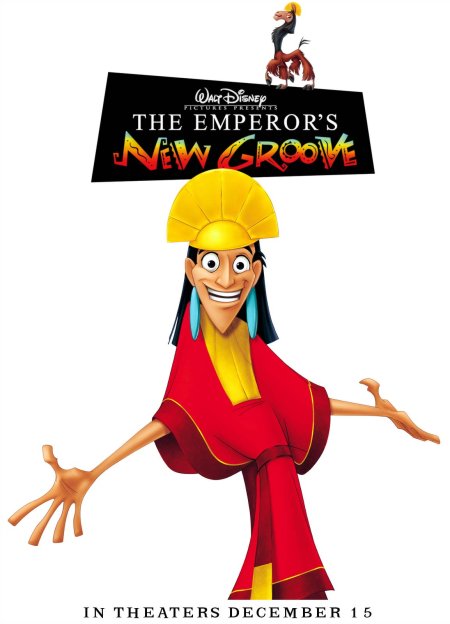 Kuzko, the emperor, is in danger, as his second in command Yzma wishes to get rid of him for good. By accident, instead of the poison meant for him, he is administered a potion that turns him into a llama. Kronk, Yzma's right hand, after a series of mistakes, does not end Kuzko, but leads him onto the path of Pacha, a good hearted man who decides to help him get back home. 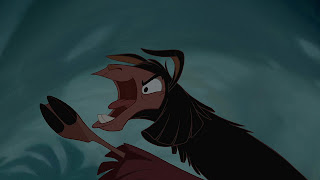 I remember when my brother got me this on DVD, and I had no idea what to expect. Despite the fact that I think it is one of those cartoons that was meant for a more mature audience, I know that I loved it as a kid. Somehow the jokes of Kuzko breaking the fourth wall resonated with me very well at that age, and I think it might have been the first time I saw that and couldn't help but laugh. So as far as the storytelling it concerned, to me it was revolutionary. Coming back to the characters themselves: We have seen other instances of villains being blinded by power, so that alone is nothing new, but the overall moral message was delivered well: all the money in the world cannot bring happiness.

The tale of the prince/princess/emperor getting stranded with the common folk and learning humility is one of the most reused stories of all time. However, none of those stories have these villains. Yzma might be the funniest character to ever appear on the TV screen. I get her motivation and I get her fuel for power, and I don't necessary want her to win, I just love how she just plays with the audience the same way Kuzko does. Her interactions with everyone, from Kronk, to Pacha's children was very well made. And of course I enjoyed how her attitude changed toward Kuzko from the beginning to the end of the movie. Voiced by the wonderful Eartha Kitt, she was simply the greatest villain ever made, and she was most certainly my favorite over the years.

Watch it? I think this movie got a bigger following in the years coming after its release. And I am always happy to hear how many of my friends also loved it. It is actually my sister's favorite too, and how can you not want to adopt llamas after this? I want one JUST so I can name it Kuzko. So go watch, watch and watch! And keep asking yourself, why do they even have that lever?