Every summer I gather together the last season of this show so I can spend 40 minutes every other day in Hawaii with my favorite police team of all time. 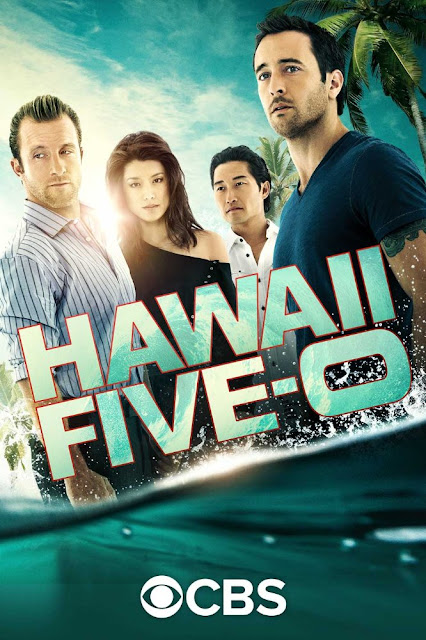 Stephen McGarrett is a retired Navy Seal who goes back home to Oahu, after his father is killed by a suspicious organization. He is given the chance to run his own task force to deal with harder cases, and for it he hires the best: Danny Williams, a detective from New Jersey who is his exact opposite; Chin Ho Kelly, a young police officer who was put off the force for wrong reasons, and Kono Kalakaua, a sniper shooter right out of the police academy. As time passes outside outside members help them with cases, and an excellent cop from Chicago joins them, Lou Grover. As well as a tech consultant, Jerry Ortega. Finally, their team changes, with another Navy Seal, Junior Reigns and finally Tani Rey, a strong woman who was kicked out of the police academy, but McGarrett saw potential in her. Each episode covers a single case, but in the background there is always a much larger story playing out, and each season just gets me to come back for more.

“- You know what you are?
- Annoyed with this conversation.” 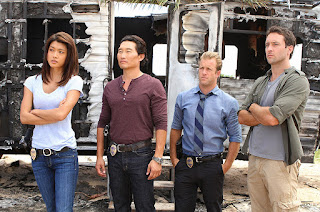 This is actually a remake of a show of the same name, that ran from 1968 to 1980 with twelve seasons, and main characters by the same name. I remember that before season 6 started, lead actor Alex O'Loughlin was very excited, because none of his shows have ever gone that far before. There was an interview and a video where, before the shooting started, locals blessed the shooting location (you can watch it here!), but they have done that at the beginning of several seasons. And that is what I love about the series: there are a lot of episodes that deal with the cultural history of the island, and I feel not only that they are respectfully making the best out of the surrounding they have, but they teach me a lot. I am fascinated by Hawaiian culture, and I do believe that the list of things I have learned are partly thanks to having wished to look up everything after hearing about them in the show (let it be that only one of the islands still uses the old Hawaiian language, the meanings of mahu and kahuna, and wishing to say thank you with mahalo, just to mention a few).

“- You know, for a woman who died in a car bomb 20 years ago, you are remarkably put well together.
- Thank you, I’ll take that as a compliment.” 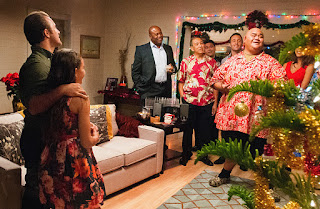 Season 1-8:
I was thinking whether or not I should do a season by season run down of the show, or just talk to you about it in general, and I decided to go with the second for one reason: it is hard for me to pinpoint best and worst storylines, since, I loved them all. When season 8 begun, there was a change in cast, which I will tell you I was worried about. Now, the reason for that was that the co-stars were not receiving the same pay, and they decided to quit. I was super bummed, and altogether still not happy about how it went down, but actually, the change of blood did do some good to the show as well: certain dynamics were getting simply old. As far as the money behind the show is concerned... I do not know much than the tabloid magazines say and none of the actors have addressed the issue as far as I know, so I will leave it at that. I do often miss those old characters, but they wrote some great ones after making up for their loss. 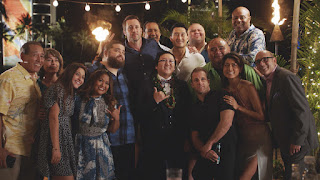 Then, I love that each season has a Halloween episode and a Christmas one (Mele Kalikimaka!), which despite the sand and the hot beach in the background are still very festive. Then, there are some recurring characters, and some family members played by exceptional actors like Carol Burnett and Melanie Griffith. As well as old actors from the original Hawaii Five-O series, and Magnum P.I. (which was also remade just in 2018, and it is set in this world, using some of the characters you have come to know and love in this series over the years). There are some cases that are pretty clean cut and you can guess where it is going, but that is mostly due to the fact, that even episodes that focus on character development, like a Thanksgiving episode, or others were Steve is forced to go overseas, still include a case that needs solving in the background. Others, that do focus solely on the case, always shock me cause I have no idea what the outcome is gonna be and it is thrilling to watch.

“- Have you ever mentioned any of this to Detective Williams?
- No. That would be inappropriate.
- What? Sharing your feelings? Telling the people in your life what they mean to you? How is that inappropriate?
- Well, perhaps you’re right, but it’s just something I’m not comfortable with.
- Oh, I get that. It isn’t easy for you, but you’re going to have to get past that. You’re not going to be working with stiffs anymore. You’re going to be interacting with living, breathing people on a daily basis. Gonna have to learn to open up and share your feelings. Trust me. It’s a good thing.” 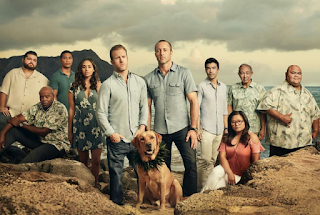 Now, I am currently watching season 9, and no spoilers, but some familiar faces have already popped up and some actors that I am just delighted to see on this awesome show. I like detective stories, obviously and I have seen hundreds of shows like this, but somehow this is still the one I look forward the most.  When I can finally binge it, it means that it is summer for me too. This cast, this series really conveys the idea of family. Every police drama you see tries to force on you the "No man left behind" gimmick, and I get that, but for some reason I also feel it when it comes to these characters. When one of them leaves, I feel sad. When one of them is in danger, I am scared. Although I have learned the little word ohana from Lilo & Stitch, I can tell you that this show brings it to life every single time. They might just be great actors, but I refuse to believe that that is all that it is. People who care about their projects showcase that. I do cry quite often when it comes to this show... It is simply emotional when you have spent as many years watching it as I have.

To conclude, I do find this to be a timeless gem, that you can get into at anytime, even start right now if you haven't seen it yet! In season 8 a dog joined the cast, and I have been calling him puppy cop and it just feels me with glee when he is around. I just love this show, the fact that it is set in Hawaii is significant, but, it is also smart and it has heart. It was announced that they are gonna get a 10th season and I am super happy for them!