FRESH FROM THE THEATER: The Queen's Corgi

As this is my favorite dog breed, I just had to see this cartoon. Was not disappointed! 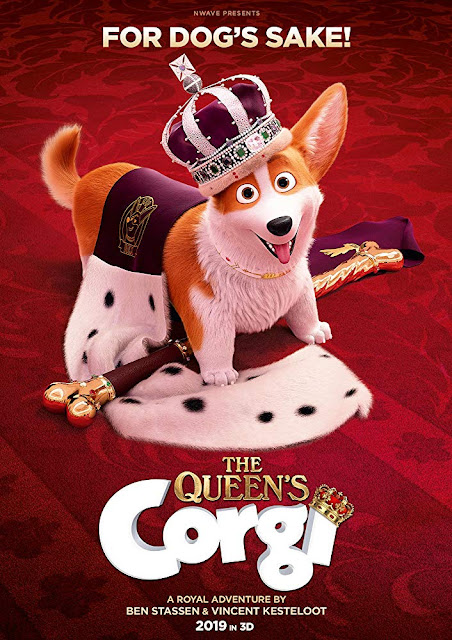 It is the well known story of someone from fame and money falling down into the slumps and learning that giving out orders left and right is not the key to real happiness. Rex too learns that he has enjoyed perks of life without having earned them. And honestly, money does not help us find true friends. 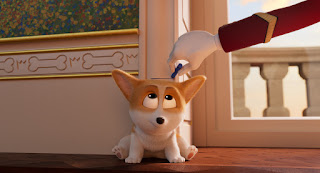 I just adored this cartoon. For the first time in my life I was also uncomfortable, while watching a kids cartoon, and the reason for that was the continuous references to the real political and social problems. I was happy that they decided to do that, but still, it was unexpected. Let me list them quickly, because I find that this cartoon stands out for giving us very different moral levels in a story that is based on a well known formula. First off, we have the current President of the USA appear, who keeps running around and taking selfies with everything and everyone, like a dumb tourist. He arrives with his wife, who has a dog. Now, we know they don't have one, but the dog itself is an ugly irritating little thing that believes they can get anything with proper intimidation and aggression... and if we take into consideration that pets are likely to be like their owners, it made sense. The President also gets offended after being bit by an animal, so of course he leaves instead of, you know, being presidential... 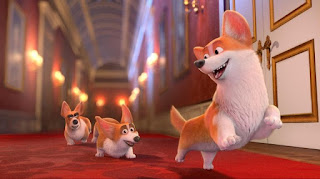 Second, Rex shows the fellow dogs that there is strength in unity. All the dogs, his friends at least, get together in order to beat down the local bully. There is a funny montage scene, but it doesn't lead anywhere, because that is not the important thing about it. What is important is the moral strength that came with it: Rex stands up to the bully and the other dogs follow. It is a wonderful lesson, for some people it is impossible to beat their bullies, the tale of the underdog has been used over and over again... I think teaching children that they are not alone is a far more important message. So much so that Rex has to be saved in the end by his friends, instead of being the ultimate hero. 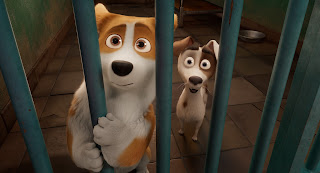 Third, the dog, who wants to dethrone Rex ( = king), is named Charlie. Like, you know, the Queen's actual first born son, in line to the throne. I looked it up, and the names of the corgis were actually fictional, the real corgis didn't have such realistic names (you can look up the wikipedia page on them, it's really cute!). And as a result, I cannot overlook the choice of names. I am not saying that Charles would push him mother into the frozen water of the St. James Park, but I am also not-not saying it.

I just love corgis and I was so happy when the trailer appeared for this movie. My love for this breed begun with a little evil actor corgi from the cartoon movie 101 Dalmatians II: Patch's London Adventure, one of my favorites. In it, Lightning (voiced by Jason Alexander), tries to become the new great superstar. I don't want to spoil it, but this corgi, despite being super evil, just looked so hug-able and soft and looking for cuddles (from me). Never before had I seen this type of dog and fell in love immediately.

Watch it? This is a great cartoon. As adults, my sister and I looked for a couple more scenes for the plot, but ultimately, if I look at the designated audience (that is not me), then I find that children are gonna learn a great deal from it. This is a re-used formula, but the lessons to be learned from it are very different and I think they are also better for it. It is a great animation!