What's Next On My List? Spider-Man: Into The Spider-Verse

I finally came around to seeing it. In Hungary they only showed it in original voice for one week... which is infuriating, so it had to be pushed off. But thanks to the Oscar season there were early releases out there and I could finally see it!


Spider-Man: Into the Spider-Verse 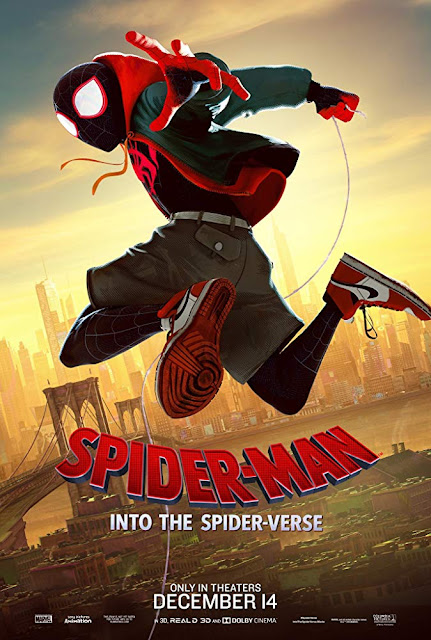 Just as Miles Morales receives his powers from a radioactive spider, Kingpin opens up a portal that sucks other spider people into his universe, and he is no longer alone. All the reincarnations of Spider-Man that you know of appear in his home, and he has a chance to learn from them, instead of having to figure out what this responsibility that is bestowed upon him means. Of course, in order to become Spider-Man, he alone can take that leap of faith. 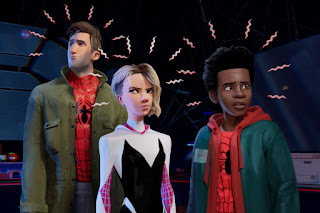 I am sure you have read hundreds of reviews about how great this movie is, and I can only add to that, because they don't lie. What I loved was the fact that this was, overall, a Spider-Man movie, just like all the others, but it was enveloped into something we have never seen before: admittance that Peter Parker is not the only one out there. I am sure, based on the memes I have seen out there, people were really fed up with all the reboots... and well, Peter Parker has several personalities thanks to the hundreds of writers that approached him. Because of this, to me all the actors who have played him so far were great in their own way. But... I think we have seen enough of him. If anything, Luke Cage as well as Black Panther showcased that we are ready for heroes that are not necessarily white (or male for that matter...) And this movie presents us a wonderful Spider-Man who became who he is thanks to all the other iterations of him. And for us to understand what that means, we are shown all the variants of him. For those out there, who didn't know, making crossovers between spider people is nothing new, but I am glad that they decided to go with it, and through this medium instead of the live action. We are ready and we want more!

Watch it? Definitely. The story is wonderful, the jokes are outstanding, and the animation is simply breathtaking. To be honest, Marvel cartoons have nothing on DC animations, and it is also a genre they tend to ignore. Of course, now that the live action universe is thriving I am not shocked, but perhaps the Oscar win for this movie will yield more like it. At least I hope so!