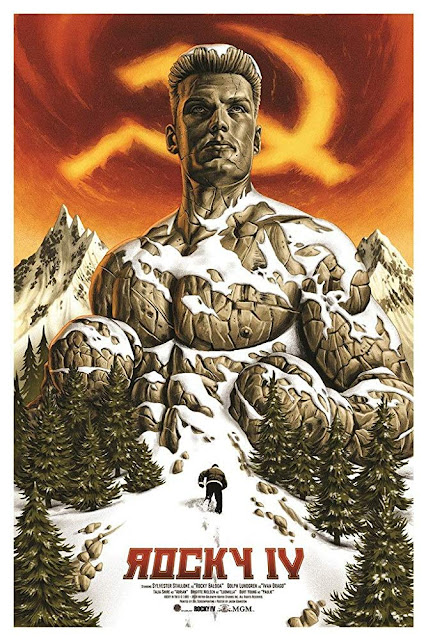 Fourth film of the iconic movies about the underdog boxer who went the distance. In this movie, Rocky has to tackle not only a worthy opponent, but their feud becomes the physical representation of the Cold War. The Russian opponent previously beat Apollo Creed to death, and with the risk of having the same faith as him, Rocky still decides to pick up the gloves against him. 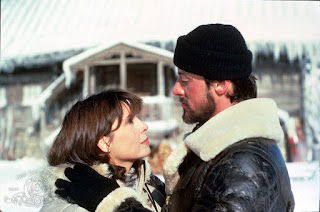 Movie number four is my favorite, which I didn't think I would ever say about any franchise ever (prior to the 2000s). First of all, Rocky has a beard. Sylvester Stallone is a stud with a beard! And he has it for all of the training montage. Second, the music in this movie is just the BEST. "No easy way out" is still on repeat while I write this review, not to mention "Hearts on fire" which I started to sing as I wrote down the title... I just love 80s music and this movie is a perfect example to why: most songs to me are either the soundtrack to my life or the rhythm according to which I want to live my life. As any franchise that goes this far, they need more than the original cast to make us care, and I have found that music is very well used companion to tell these stories. 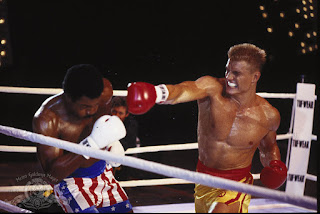 But my list doesn't end there: what I actually like about all of the Rocky movies, is the different ways in which he trains for his fights. I like that he understands that each opponent requires something new from him. He needs new tricks, he needs new techniques, and he needs cool new training montages in which he is half naked and sweaty. And in this movie he goes against Drago, played by Dolph Lundgren, who returns in Creed II, which came out in January 2019 in my country, and which is going to be my next review. In it, Drago's son will face off with Creed, in a battle that reminds up of the one between him and Rocky.

Watch it? Well, I am in conflict, to be honest: I think this is the best one of the series, for me at least, but I find that I had to watch the previous ones to really appreciate it for what it is. I do find that it is worth going through every one of them to reach to this point, and if you are a Stallone fan, I am sure you already have. As far as newcomers are concerned, I think you'll like this more than the others.