We have finally reached entry number 500! I am so proud to be here after almost seven whole years of movie reviews and thought sharing! I know that my blog is not the most viewed thing out there, but I still write it for the pleasure of it. And since my longest running series has been that of #StalloneMonth, it is my pleasure to end this year's February month of reviews with this milestone entry. Thank you everyone for reading! 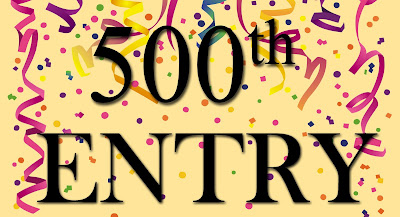 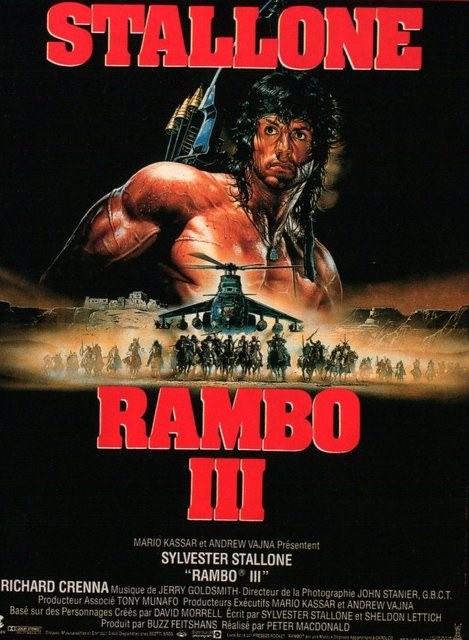 Johnny Rambo's war might be over, but the world is not done with him yet. In an attempt to stop Russians in Afghanistan, his old lieutenants goes undercover, and once captured, Rambo sets out to get him out of prison. Of course, against all odds, Johnny manages to not only help his friend out, but in the process saves a lot of Afghans who are fallen prey to this proxy war. 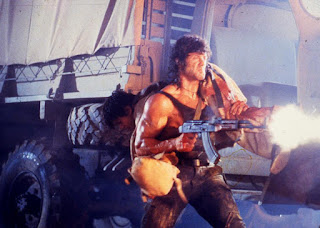 I need to say, that this was the most over the top of the ones I have seen so far. I don't know how to explain it, but the first two felt a lot more down to Earth. Odds are always stacked against him, don't get me wrong, but as the still image shows here too, he just went around and kicked everyone's ass. Using a machine gun with one hand, taking people on his back, burning himself to stop bleedings, and all of this shirtless half of the movie. Need to say, that is the main reason this will be my favorite Rambo movie! Now... I am certain that this was their intent. Rambo changed a great deal. To me it is interesting to see that this soldier, whose PTSD never really went away, kind of forgot about it... I wouldn't straight out say that he looks for conflict, especially because other than fist fighting, he has found his spiritual side too. But then again... he was always a simple character, with a lot of feelings buried down there, so perhaps I don't have enough information about him to see what is out of character and what isn't. Nonetheless, he sure did not care about shirts in this movie. Overall, I like that he was someone who cannot run from his demons, but decides to face them.

Up to today I read hundreds of articles about soldiers who have a hard time settling back into society. Johnny Rambo's story feels similar to me and a good parallel, as how sometimes one finds peace in the most unlikely of places. But like most soldiers, he is good at what he does. I think this third movie solely exists to be an action movie, with a subtle bow to political war affairs at the time.

Watch it? Sure. It is over the top because Rambo doesn't eat, sleep, or drink, and still defeats everyone. But hey, I am certain that entertainment was the main purpose of this movie, and it really was fun to watch!

And that concludes this year's #StalloneMonth! Thank you so much for reading my reviews, and spread the knowledge and awesomeness that is Sly Stallone!